Psoriasis is an inflammatory skin disease that is considered to be T-cell-mediated.4 Hyperkeratosis and parakeratosis could be due to imbalances among CD4+ T-cell subsets combined with rampant interleukins and other inflammatory cytokines involved in keratinocyte activation and apoptosis.5 The pathophysiology of psoriasis is complicated and still largely unsolved, though environmental factors have been implicated, including genetics, ultraviolet (UV) light exposure, medications, smoking, diet, obesity, alcohol intake, infections, and stress.4,5 Genetic influences include caspase recruitment domain-containing protein 14 (CARD14), which promotes activation of nuclear factor kappa-B (NF-ĸB), and IL36RN, which encodes interleukin (IL)-36 receptor antagonists and its cytokines,5 to name just a few.

Many psoriatic patients appear to have excessive arachidonic acid intake, since improvements have been noted in patients in response to fasting and/or vegetarian diets; decreasing arachidonic acid results in lower leukotriene B4 levels.4 A positive family history for psoriasis is common.2 UV exposure and vitamin D can benefit patients not getting sufficient exposure to UV light due to sunscreen habits, altitude, and/or ground reflection of UV light.5,6 Reducing body mass index (BMI) tends to lower levels of circulating inflammatory cytokines and decreases psoriasis severity and dyslipidemia.7,8 Drugs that exacerbate psoriasis can be memorized using the acronym “NAILS”5,9:

Psoriatic arthritis (PsA) is a possible complication, although PsA can occur without the presence of lesions.5 In suspected cases, the CASPAR classification of PsA would be useful for diagnosis and quantification of disease involvement. Other possible complications of psoriasis include cardiovascular disease10 and stroke.11 Common risk factors for cardiovascular disease all tend to be more common in psoriatics, including dyslipidemia,10 coronary calcification,10 increased high-sensitivity C-reactive protein (hs-CRP),10 decreased folate,4 and hyperhomocysteinemia.4,9,10,12

Emollients and shampoos, such as coal tars and salicylic acid products, are conventional psoriasis treatments for scales.4,7-9

The following are commonly employed to treat mild-to-moderate psoriasis4,7-9:

Conventional treatments can promote further health problems. UVA and UVB light in the form of tanning beds can be dangerous. There has been much research linking melanoma and the use of tanning beds; even a single session can lead to skin damage.13 Some conventional treatments fail the patient. Although this has been attributed to numerous factors such as female sex, side effects of biologics, the development of antibodies to the drug, and obesity,14,15 this area deserves further investigation.

A vital 21-year old female presented to our clinic. She was planning a 3-week vacation in Florida and Mexico, and had adopted what she felt was a ketogenic diet to lose weight in time to feel confident for her bikini-clad Spring Break trips. Much to her dismay, her abdomen was currently covered in rashes.

Three to 4 weeks prior, she had an ear infection, which caused the affected tympanic membrane to rupture. She went to a doctor, who prescribed oral steroids and amoxicillin. Shortly after she began taking the medications, she developed a rash. It started on her abdomen but quickly spread to other places on her body, including scalp, calves, thighs, back, groin, and arms. She consulted her dermatologist, who gave her an emollient cream mixed with hydrocortisone, to apply topically. She had been using it for the past week. Although the cream faded the color of the lesions, it also made them larger in diameter/size, so she discontinued using the product after 1 week. The day before her visit with us, her dermatologist told her that the rash was psoriasis. Records requested later, describing the dermatologist’s punch biopsy of the right calf, reported mild psoriasiform epidermal hyperplasia with spongiform pustules, indicating psoriasis. The patient was visibly worried in the office, tearing up at one point.

Physical exam (PE) revealed no nail pitting; however, she had numerous salmon-colored, well-demarcated, confluent plaques, macules, and papules on her calves, thighs, arms, abdomen, back, and scalp. Her Psoriasis Area and Severity Index (PASI) score was 14.8, indicating moderate psoriatic disease involvement. The PASI is a tool used to measure the severity and extent of psoriasis. Using a scale from 0-4 in each category (0 representing absent), the PASI takes into account erythema, induration, and desquamation.16

PE revealed +3 tonsillar hypertrophy bilaterally, which the patient reported was often chronic for her. She had a pertinent family history of psoriasis, a ketogenic diet that was heavy in dairy, and history of rash reactions after applying a common antibiotic ointment to cuts or scrapes. Social history revealed a high intake of alcohol and caffeine.

Primary pathogens involved in otitis media include Staphylococcus and Streptococcus. The patient’s roommates, with whom she had been in close contact, had all recently had strep throat. Her skin biopsy had revealed psoriasis. Interestingly, Streptococcal beta-hemolytic group A throat infection has been linked to guttate psoriasis.5 Based on her recent ear infection, her exposure to Strep, the systemic presentation of the skin lesions, and the biopsy confirming psoriasis, our working diagnosis was post-Streptococcal guttate psoriasis.

Our treatment focused on gut healing, immune system regulation, and diet and lifestyle changes. After we drew screening labs for CBC, CMP, 25-hydroxyvitamin D, and a food sensitivity panel, the patient was instructed to avoid common allergens including dairy, wheat,17,18 sugar, eggs, and peanut butter, since dietary allergens may aggravate psoriasis9 and psoriatics have been shown to respond positively to fasting4 and elimination diets.19 Increases in cyclic guanosine monophosphate (cGMP) in skin cells promote the epidermal proliferation that is characteristic of psoriasis.9 Because we suspected that gut-derived Streptococcal toxins were implicated in cGMP increases in her case, we recommended increasing vegetable intake. By increasing vegetable fibers and probiotics, our goal was to bind toxins, thereby promoting their excretion. We also recommended that she decrease her intake of coffee, as it was a source of excess sugar and creamer in her diet that could promote microbiome dysbiosis.9,20

We asked her to completely eliminate alcohol because hepatic architecture may be altered in psoriatics.21,22 Alcohol can worsen psoriasis by damaging the gut mucosa (thus increasing toxin absorption) and impairing liver function.4,5,23 Alcohol also stimulates the release of histamine,4,5 which has been shown to already be increased in psoriatic skin lesions23; in one study, psoriatic plaques contained 2-times greater interstitial histamine concentration and showed a 10-times higher histamine release compared to unaffected skin.24

Remarkably, lab results revealed iron deficiency anemia as well as vitamin D insufficiency. Her RBC count, hemoglobin, hematocrit, and MCHC were within normal limits. Her mean cell volume (MCV) was low at 75 fL (normal: 79-97) and mean corpuscular hemoglobin (MCH) was also low at 25.2 pg (normal: 26.6-33). Her low MCV indicated microcytic anemia, and her low MCH indicated hypochromic anemia. Her RBC distribution width (RDW) was high, suggesting a high degree of anisocytosis/abnormal variation in RBC size, which further supported an anemia diagnosis. Serum 25-hydroxyvitamin D was low at 22.9 ng/mL (normal: 30-100). Based on these labs, we recommended that she take supplements of both iron and vitamin D3.

We also recommended she apply topical vitamin D and a topical botanical cream to affected areas. Polymorphisms in Vitamin D receptor genes have been associated with psoriasis25,26 and may also predispose to liver dysfunction.20 In mouse studies, vitamin D has also been found to enhance resistance to Streptococcus A.6 The topical botanical cream contained Mahonia aquifolium (Oregon grape), which has been shown in human clinical trials to reduce lymphohistiocytic infiltrate in the dermis of psoriatic patients.9,27,28 The herb’s anti-inflammatory benefits have been attributed to active isoquinolone alkaloids (such as berberine), which inhibit DNA synthesis by blocking reverse transcriptase, inhibit lipoxygenase and lipid peroxidation, and inhibit the cyclooxygenase-2 pathway through reduction of prostaglandin E2.27,29

Finally, we suggested oral fish oil supplementation,5,30 in addition to 15 minutes per day of sunlight exposure to the lesions.

Two weeks after her initial consultation, the patient’s scalp was free of lesions. Her trunk, back, calves, and abdomen showed slight erythematous discoloration, but there was no dryness or flaking of skin. The results of the food sensitivity panel revealed reactivity to 18 foods, which we recommended she restrict for a minimum of 2 weeks.

Two weeks later, 1 month from the initial visit, the patient’s psoriasis was well controlled, with evidence of only slight discoloration of remnants of previous lesions. She indulged beyond the 15-minute sun recommendation, which produced some dryness and flaking of skin as she healed from her lesions and from sunburns she developed in Miami and Mexico during her recent Spring Break. On PE, her psoriatic lesions remained diminished, with a PASI score of 0, suggesting no disease involvement. The patient continued to reduce her alcohol and coffee consumption, regulate her diet, and take most of the supplements as recommended, and she was still able to enjoy her vacation. She began to gradually reintroduce foods. Additional treatments focused on other concerns.

In the span of only 1 month, we took a patient’s full autoimmune dermatological case and saw it through to resolution, from start to finish. And this was despite the conventional standard-of-care treatment initially worsening this patient’s lesions. By using a whole-person approach and stimulating the Vis, we were able to assist in the patient’s healing through dietary and lifestyle adjustments, decreasing histamine response, strengthening the immune system, healing the gut, and replenishing nutrient and mineral deficiencies.

When this patient first presented, she was worried that her skin would be disfigured for the rest of her life. With the help of naturopathic intervention, she was able to overcome that fear. The naturopathic toolbox is vast, but there is so much to be accomplished by starting from the ground up through the fundamentals of health.

Dietary considerations for inflammation and autoimmunity should be a high priority in treating patients with psoriasis.4,8,30 To reduce intake of arachidonic acid, decrease or eliminate animal products (including meat and egg yolk) and whole-milk dairy.30 Pizzorno and Murray have proposed that incomplete protein digestion or poor absorption of protein contributes to the arachidonic acid and polyamine load on the gut as the microbiome processes them.4,9,20 Polyamines block cAMP,9 which can contribute to excess epidermal cell proliferation. High-sugar diets or low-fiber diets have also been implicated in increases in Candida albicans (and other yeast), streptococci, and IgE and IgA immune complexes, as well as exposure to endotoxins from gram-negative bacteria,5,9 which can cause increases in cGMP6 in skin cells, promoting proliferation. Besides decreasing sources of sugar, consider increasing fruits, vegetables, milled flaxseed, chia seed, whole grains, and legumes to bind toxins and promote their excretion. Also consider pancreatic- or plant-based digestive enzymes and probiotics such as Lactobacillus and Bifidobacterium.9,20

Toward the goal of increasing omega-3 fatty acids4 and minimizing both inflammation and intestinal dysbiosis, it is helpful to incorporate more coldwater fish, salmon, mackerel, or herring, nuts, seeds, avocado, coconuts, fruits, veggies, ginger, garlic, onions, turmeric, green tea, fiber, and low-glycemic-index carbs into diet.4,9 Since NF-ĸB produces an inflammatory cytokine response, consume foods that inhibit its activation, including turmeric, red pepper, cloves, ginger, cumin, anise, fennel, basil, rosemary, garlic, and pomegranate.9 Benefits from fasting and/or vegetarian diets have been demonstrated; during fasting, CD4+ T-cell activation is reduced, and anti-inflammatory cytokines such as IL-4 are increased.4 It is also beneficial to eliminate gluten in gluten-sensitive patients; possible indicators can include diarrhea, flatulence, fatigue, and a history of iron-deficiency anemia.17,18

Lillea Hartwell, ND, earned her naturopathic degree from Southwest College of Naturopathic Medicine in December 2019. She received a Bachelor of Science in plant sciences, with a minor in environmental sciences, from the University of Arizona. With licensure, Dr Hartwell plans to teach locally and start a practice. Her passion lies in general medicine, especially in urgent care settings, including wound care and minor surgery, rheumatology, and other autoimmune conditions. For more information about Dr Hartwell, you can find her on Instagram @food_fauna_flora.

Leslie Axelrod, ND, LAc, has been a professor at Southwest College of Naturopathic Medicine since 1995, teaching rheumatology and supervising clinical rotations. Dr Axelrod is a graduate of Bastyr University. For 18 years, she practiced in an integrative rheumatology clinic, and she recently joined a group naturopathic practice, Longevity Medical. Dr Axelrod has published nationally and internationally on various topics in rheumatology. 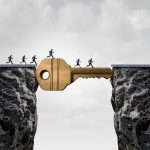 The AANMC at 20: Crossing to the Next DecadeAnti-Aging, Dermatology, Education 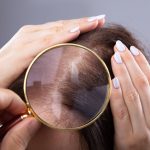