Aging is a process most people deny until it is right up front, presenting at times as an illness or physical disability. The joke is on us when we wake up one morning and realize it has actually happened. Today I am 70; how and when did that happen? It is believed that if you are healthy at age 80, there is a good chance you’ll reach 100. As it turns out, successful aging is highly variable, due to factors such as biochemistry and individual attitude.

Our American culture is focused on youth, which supports a denial of aging. To be included within popular culture, staying young is therefore important. As an elder, myself, it has felt important to stay strong and vibrant. When the Vis is supported, does that not also support the process of aging? I believe it does.

Practicing our strong naturopathic tenets yields strength and vibrancy to age well into our 90s and 100s. Staying well is so much more than avoiding disease; it includes a daily practice of naturopathic self-care. As doctors, we need to be the models of wellness. This article will review some ideas that help support that goal.

The first, and I believe the most, important idea centers on one’s belief about aging. Popular culture’s focus on looking young can lead to a fear of aging. Some quick fixes, like implant enhancements for men and women, beauty cosmetic procedures, and injection therapies (botulinum toxin, etc) are a few examples of the anti-aging fads that have been popular during the last few decades.

Before we discuss some ideas, as physicians it’s important to face our own beliefs – examine our denials and judgments around age. How has your lens been colored about aging? What did you witness in your own family around aging parents and grandparents? Likely this influences you today. We incorporate our experiences about aging and can easily project them onto patients, often with similar expectations. One of the worst statements a clinician can make to a patient is: “This illness/disability is happening because of your age.” It is not necessarily true. Disease occurs not because of age; the body’s healthy status changes due to lack of supportive healthcare throughout the span of life.

The bloom of “aging well” popularity took off after the publication of The Blue Zones in 2008, the revealing work of Dan Buettner. He traveled worldwide for National Geographic with a team of scientists, photographers, and journalists, and met with some of the world’s longest-lived people. Mr Buettner identified 9 powerful lifestyle habits people performed daily that are associated not only with living to 100 years old, but also with living healthy productive lives.1 Since that time, interest in living long and healthy has piqued a stronger interest in America.

The Blue Zones were identified as “longevity pockets,” starting in Okinawa, Japan, and then including Sardinia, Italy; Loma Linda, CA; and Nicoya, Costa Rica. Within these populations, Buettner identified them to have similar yet unique characteristics of their culture – living with habits that promote longevity.1 Much study has been taken up since that book was published, empowering people to take charge of not just living longer, but living with stamina and vitality.

Lauren Kessler writes in the book Counterclockwise (2013)2:“To deny age is to deny life. To make youth the goal or the destination is to set off on a journey that will always end in failure.” This is her revelation after spending 1 year on anti-aging adventures, looking for just the right fix. The term “anti-aging” is an aging misnomer. Ms Kessler also concludes, “I’m not adopting behaviors so that I can arrive at a younger me, I am embodying the younger me as I adopt and live the behaviors.”2 Belief and attitude about aging are as important as any physical preservation.

Our Beliefs are Powerful

Learned optimism is an idea defined by Martin Seligman, PhD, in 1990 – one that has had an important influence on the field of psychology as well as gerontology. How we think about aging is an important influence on that process as well. Seligman cites 4 important factors in aging and good health: not smoking, exercising, eating well, and optimism, the totality of which he believes is key to aging well.3 These are main tenets of our naturopathic philosophy.

Outcomes of studies of elders support Seligman’s view. Harvard social psychologist, Ellen Langer, PhD, has researched aging for decades. In her landmark study of 1979,4 she instructed a small group of men to live as their younger selves for 1 week, and was able to show how the mind influences the body in aging. Results demonstrated improved cognitive abilities, increased physical strength, and a more youthful appearance. This type of study was conducted, with similar results, in Great Britain and South Korea.

Dr Langer’s work demonstrated that older adults can improve physical health and mental abilities via a shift in beliefs about age. American culture holds a humorous yet detrimental view on getting on in years: Black balloons on a 30th birthday, canes and walkers by age 40, diapers and incontinent supplies to celebrate one’s 50th! What is being conveyed? All of these musings send a deep message: you will decline sooner than you think and it’s all downhill. My experience is that it puts fear into the hearts of people who believe aging is a terrible and scary time of life, instead of learning the importance of early self-care, with a welcome to the elder years.

Hartman-Stein et al wrote in their article, “Behavioral Determinants of Health Aging: Good News for the Baby Boomer Generation” about how successful aging is connected to healthy aging. The outcomes of aging are clearly associated with proactive care (prevention) rather than reactive care (treating the disease). Healthful middle-age activity, as in exercise, intellectual activity, and education – especially scholarly work – was associated with less dementia in older years.5 A powerful mind is a good predictor of elder years that are productive, satisfying, and stable.

Boomers want to have their next life-phase be productive and meaningful, and don’t want to live that phase of life in a nursing home facility. The boomer aging population is redefining independent living. [Baby boomers were born post-WWII, 1946-1964.]

Retirement is a word most familiar to people who want to stop working; however, the word does have some definitions that we may want to rethink. Retirement, as baby boomers are defining it, is not to stop living, but to make a meaningful work/life readjustment.

Immune function declines with the aging process, and so in my practice I focus on my clients’ immune health. The most effective way to improve immune health is to begin working on the microbiome, as a healthy intestinal flora is, by far, our best strategy to improve immunity; this is the basis of naturopathic medicine. One of the questions on my office intake form is how often they have taken antibiotics in the last 5 years. However, I always explore any chronic illness they may have experienced, and learn what prescription drugs have been used. Because many drug therapies affect the normal health of the microbiome,8 my first treatment plan is to restore normal gut flora.

There are 2 studies in 2016 that examined the microbiome and its contribution to healthy aging: Mello et al showed that probiotics are effective in restoring the microbiota changes of older subjects by improving immune health and reducing inflammation.9 Biagi et al looked at several species of bacteria in semi-super centenarians (ages 105-109), which were identified as subdominant species found in more aged individuals.10 It is likely that further studies on super elders will reveal even more links between the microbiota and longevity.

Vitamin D3 (25-hydroxyvitamin D) is another important factor in healthy aging. A recent paper just published by the European Journal of Nutrition, looked at Vitamin D and the regional influence it exerted on gut bacteria.11 The researchers concluded: “The local effects of vitamin D demonstrate pronounced regional differences in the response of the GI microbiome to external factors.”11

Checking Vitamin D levels in all elders is, in my mind, essential for maintaining good health. Also check how much outdoor time is spent each day; it is helpful to have moderate sun exposure whenever possible. Fear of skin cancers has put people undercover with clothing and sunscreen lotions, such that skin and sunlight never meet. I encourage moderate sun exposure of 20 minutes a day when possible. Vitamin D supplementation is recommended in the northern United States and Canada, especially on shorter days when rays of sunlight are inadequate.

Methylsulfonylmethane (MSM), an organic sulfur compound, can be important nutrient for integrity of skin, collagen, and keeping cells permeable. It is also an anti-inflammatory and anti-atherosclerotic with free radical-scavenging effects. Since MSM is necessary for collagen production, it makes sense to consume 2-4 g daily. Aging with collagen loss can cause dry skin, with cracking and itching. MSM represents a simple solution for this annoying but persistent problem for elders. Another effect of MSM is an increase in joint flexibility, which is a frequent issue in older persons.12

Osteoarthritis (OA) is a common finding in the senior population that has shown response to MSM supplementation. A small study was done by our own colleagues at Southwest College of Naturopathic Medicine, in which they administered 3 g/d of MSM to 50 men and women, ages 40-76. The outcome revealed statistically significant reductions in pain and difficulty performing activities of daily living. No adverse effects were reported at this dosage.13 Although anecdotal evidence supports the efficacy of MSM in OA, collection of studies have been inconclusive, due to study variations, MSM being combined with other agents, and small trial-size.14 As naturopathic doctors, however, do we ignore the physiology of a substance that has value?

Like all of our medicine, we can choose what is appropriate for each individual to uphold the idea of living long. It is important to include the simple therapies such as cold showers to tonify the entire system. In southern Russia, a group of people identified as Abkhazians live near the shores of the Black Sea. Claims have been made they are the longest-living group that has no language for “elder” or “old”; instead they are called “long lived” people. One of their daily habits is bathing in the cold mountain waters. Yes, hydrotherapy is strengthening and life-building!

Long-living people generally do not have formal exercise programs; instead movement is part of daily life, such as walking 5 miles to market, or climbing up hills to harvest food. Whatever you choose to do for movement, encouraging clients to engage in some enjoyable activity on a regular basis will add healthy years.

Naturopathic doctors are in the unique position to educate their patients on how to best practice great self-care now, so that aging can be a joy, not a dread. There are some self-care practices that we can help patients begin well before their 70th or 80th birthday. 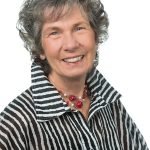 Pamela Sky Jeanne, ND, is a graduate of NCNM in Portland, OR, and adjunct faculty since 1992. With 5 decades of medical wisdom working as a critical care RN, then as a naturopathic physician, Dr Jeanne brings a fresh insight to wellness and healing. She has taught at conferences and in classes, and offers coaching to motivate others to recognize their own inner wellness potential. In 2012 Dr Jeanne published the book Healing Matters: Celebrating Women’s Innate Healing Nature. In 2015 she was inducted into the Hall of Fame at NCNM for 25 years of service to her Alma Mater. In April of 2016, she received the Ken Harmon Award for her dedicated naturopathic service. 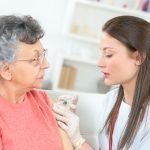 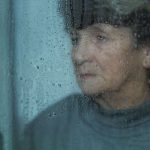