You’re Not the Boss of Me

Wherever each lands in the higher education landscape, each respective “governance” model refers not only to how it is formally organized and managed but also to the institutional governance affecting the naturopathic program directly. These kinds of variations are actually fairly normal in higher education. For example, Altbach, a leading scholar in the higher education field, points out that “governance structures” are highly differentiated (Altbach, 2005,
p. 16). He also alerts us that, notwithstanding the variations in how higher education institutions are governed, “continued massification and a resulting decline in standards and increased bureaucratization” (Altbach, 2005, p. 29) have combined over the years to undermine postsecondary education and, most particularly, graduate education, despite a ratcheting up of efforts to put in place high-quality governance and “accreditation” arrangements.

In one of his often prescient works, this one published more than a decade ago, Altbach and colleagues described how the “complex interplay between institutions and external forces” involves faculty, students, and administrative leaders and that even the best structures and standards can be under assault (Altbach, Berdahl, & Gumport, 1999, p. ix). Their research pointed to the importance of stakeholders’ (from directors and governors on down) being aware of a common mission and purpose for their institution to facilitate momentum. Kezar and Eckel (2004) take this further, describing the equally complicated terrain of the intersection of corporate governance with so-called collegial forms of shared governance.

At the same time as public sector universities are engaged in an enduring debate about shared and participative governance, there is sharp conflict about the impinging of “corporate governance” on institutional autonomy. A parallel concern is frequently voiced about the dilution of “shared governance” in American higher education—that is, when the ideal of administrative and academic leaders joining together to lead an institution goes awry. Indeed, scholars like Lapworth (2004) lament the recent decline in shared governance with the academic stakeholders in higher education.

The larger picture is tense. On the one hand, the National Education Association insists that shared governance that includes faculty is critical to the differentiated missions of higher education institutions. The American Federation of Teachers shares this view, as does the American Association of University Professors. Meanwhile, though, the Association of Governing Boards of Universities and Colleges asserts that where shared governance operates “internal governance arrangements have become so cumbersome that timely decisions are difficult to make” (2001, p. 3). One can surmise, then, that in the naturopathic medical education world a certain tension is also present, reflected in the persistent debate about the sometimes conflicting needs of the profession and the needs of the institutions where the preparatory education and training of NDs occur.

With or without such tensions, nevertheless, the “governors” or “directors” of naturopathic medical education have their work cut out for them, especially given the absence of a national consensus on governance priorities within the naturopathic profession. The Association of Accredited Naturopathic Medical Colleges (AANMC) does not include this issue in its agenda at the moment, although the Naturopathic Coordinating Council considers the matter almost annually, most often expressed in terms of how to prioritize the profession’s many contrary imperatives.

The main goal of most naturopathic boards, one would think, would be to use the institution’s resources to achieve professional formation. Increasingly, though, their task is less singular. Rather, it is to balance a growing medley of sophisticated interests that institutions and educational professionals have with the broader profession’s concerns and with societal concerns, such as healthcare reform. Finding balance among these often competing and confusing imperatives means that there has emerged yet another element in the governance patterns of naturopathic medical education, and that is the institution’s and the profession’s obligations to civil society.

The naturopathic profession is a dynamic and social entity in the community, increasingly earning its place in primary care in many states. We have the interesting choice, if we are a director or governor of a board influencing a naturopathic medical education program, of leaning toward the self-serving tendencies of institutions or toward the pressing demands of professional formation and an emerging integrated health landscape. The long-term consequences of our choice are jaw-droppers.

It is awkward to pinpoint today where governance in our various college and university programs might find equilibrium. In an institution like NUHS or BU, the governing body has fiduciary responsibility for a medley of programs, and not just naturopathic medicine. Such schools are, in terms of higher education categories and definitions, small, regional, comprehensive universities. At CCNM, BINM, or Southwest, the academic mission is program centric, by virtue of the singular mandate on naturopathic medicine. At NCNM, there is a deliberate strategic process under way at the moment that engineers its ND and MSOM/MAc (master of science in oriental medicine/master in acupuncture) programs to be the central focus of institutional enterprise in a milieu where new undergraduate and graduate programs are appearing annually. At BU, the ND program is one program among many, albeit an important focus for the university, as evidenced by the university’s recent immense commitment to establishing a new program presence in southern California. Our landscape is confusing given all these developments and manifestations. Who’s the boss of all this energy, anyway?

Kaplin and Lee (1995) discussed a decade and half ago, and in great detail, the regulatory legal frameworks and platforms that begin to sort out this kind of wonderful institutional energy—and from which governance accountability and authority issue. They provide an understanding of the sometimes confusing nexus of reporting that our schools and programs increasingly face. At the macro level, boards of directors (sometimes called boards of governors) have ultimate fiduciary responsibility for the institutions in which a naturopathic medical program exists. However, the program itself must fit into the larger mission and purpose of the institution at the same time as it meets the professional formation needs of naturopathic medicine.

In the naturopathic world, governing boards often take pains to include the leadership of the profession, but even this connection varies greatly. In Ontario, for example, CCNM has had a long evolving history with the Ontario Association of Naturopathic Doctors, as has BINM in British Columbia. In Washington, Oregon, Illinois, Arizona, and Connecticut, the relationship patterns and communication channels have been less formal for many years. In that same naturopathic world, though, there are external managing structures that are evolving an increasingly complex, still voluntary, pattern of organizing an equally complicated system of intraorganizational, interorganizational, and governmental relationships.

As our colleges of naturopathic medicine evolve into small regional universities (BU, NUHS, UB, and, soon, NCNM), our newest United States–based programs have taken form within existing universities. These programs within institutions whose mission is not specifically aligned with the professional formation of naturopathic medicine experience increasing interdependence with external forces. Somehow, the needs of the profession have to be taken into account, even though they are intertwined within these external organizational relationships. There are local and federal governments to contend with, at the same time as our deans must manage the business of recruitment, as well as the challenges of advancement with the ever-present corporate and accreditation sectors.

Kezar and Eckel (2004) help demystify this quagmire of conflicting priorities by describing governance as a multilevel concept that can embrace several different bodies and processes with different decision-making functions at the same time. It is not surprising, then, that governance authorities in our naturopathic colleges or host universities are understood to be at odds with either the internal naturopathic management and faculty of those institutions or with the profession’s agencies. The most successful governance stability seems to occur when the fiduciary board of the institution acts as both buffer and bridge to coordinate governance and institutional management, with the needs of programs (and their associated agencies and stakeholders) in mind.

Not only do our deans and chairs and naturopathic members of boards have to contend with the complexity of internal structures, the external relationships among institutions and local, state, and national governments are all too often also differentiated given the different forms of government that naturopathic programs in different regions of the country must connect to. Dr. Fraser Smith in Illinois has quite a different set of tasks to face as he works within NUHS, historically a chiropractic institution with a group of related programs, than, say, Dr. Jane Guiltinan, who manages the naturopathic program at a university with not only many other independent programs in its mix but also a new naturopathic campus in southern California on the agenda. Whereas Dr. Smith leads naturopathic medical education in a state that is unlicensed, Dr. Guiltinan guides naturopathic medical education in two states that are licensed. Each dean’s portfolio has a least common denominator of connection with the CNME and the AANMC, but each has a uniquely different regulatory and political context in which to operate. Given those differences, what common ground of governance focused on professional formation can be established and sustained? Who is the real boss? Meanwhile, both of these widely experienced leaders work within multiprogram institutions that, in themselves, are recognized as autonomous entities with different levels of interdependence with and legislated commitments to their internal and external stakeholders, to local state government, and to the national government.

Next month, we will delve more deeply into how naturopathic medical education can, within this complex scenario of programs and institutions, balance institutional and market influences.

The terrain our programs operate in is inextricably linked to how higher education has evolved, most particularly in the United States, as well as in Canada. The American states, for example, delegated in the public domain extensive authority to lay boards. Our naturopathic colleges followed suit. The result has been that most academic and internal resource allocations are institutional prerogatives. This autonomy, though, has been affected, in turn, by our governance leaders supporting regional accreditation more recently than in the earlier years of our naturopathic medical program formation.

We are left with complicated questions surrounding governance, such as which way should we lean? Should we lean toward the institution or the market? Should we insulate, as many public colleges have done until recently, our programs as much as possible from both state regulation and market influences and stay true to our mission of developing the profession in North America? To what extent, then, can we sell our programs within the increasingly competitive landscape of “integrative medicine,” especially when cherry-picking biomedicine celebrities, such as Dr. Weil and his colleagues, are eagerly establishing board certification in “integrative” therapies long protected and nourished by naturopathic medicine?

“You’re not the boss of me,” cry our long-serving and somewhat eclectic physicians. The wagons circle.

Association of Governing Boards of Universities and Colleges. (2001). “AGB statement on institutional governance” and “Governing in the public trust: External influences on colleges and universities”: Board basics: The fundamentals. Washington, D.C.: AGB. 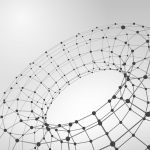