Part II: What I Learned That Day in Siberia

Last month, we considered some of the load-bearing facts of MOOCs, or “massive open online courses,” whose rapidly emerging presence in the higher education landscape is poised to affect naturopathic medical education. Whether we take a closer look at “Coursera” or at Harvard University (Boston, Mass.) and the University of California at Berkeley’s “edX,” the so-called MOOCs and networks like it are chipping away at the credentialing monopoly of accredited colleges and may one day soon nibble at the gates of the naturopathic city too. As Kevin Carey explained, “the future is so clearly one of universal access to free, high quality, impeccably branded online courses that their presence can be simply assumed” (Chronicle of Higher Education, 2012, p. A136). Where, then, does the rise of the MOOCs take us? Will entrepreneurial institutions here and there cherry-pick courses that spin off our modalities into “badges” (the evaluation moniker for those who finish such courses successfully) acceptable to employers and diluting the coherence of our physicians’ tool kit of skills and knowledge? Likely not if the value propositions for our programs are clear, strong, and current.

May I digress briefly to Russia in 1983 to make a point about how we might navigate through this brave new world? I was watching the decrepit transcontinental train arriving at the Mikrorayon Batareynaya station in Irkutsk, Siberia, on its way to Krasnoyarsk and eventually Moscow. On the platform on that very hot August afternoon, I stood near a severe, tall, old soldier who suddenly began admonishing a group of about a dozen cadet pioneers to “stick to the knitting.” One of the girls in the group had a guitar and had been singing to her friends and showing off for the cluster of European and Japanese “intourists” who had descended from the train during a prolonged delay. It was when one male tourist handed her some money that the old soldier barked his admonition and the kids scattered. I was standing right beside him, and after the uniformed boys and girls eventually scurried away to get on a white and orange Liaz 5256 bus, I commented, uninvited, “She was singing so well; they’ve got so much energy, your young people.” She had been singing a popular Russian hit, “Million Alyh Roz,” or “million red roses,” actually a Latvian song immortalized in the Soviet Union by Alla Pugacheva that year and heard everywhere.

He stared down right into my face, surprised that I was attempting Russian so awkwardly but ready to coach me in pre-perestroika politics. The gist of what he said has stuck with me for 30 years now. He said, more or less, pointing at my backpack with the big maple leaf on it, “My friend, you are a guest in our Soviet Union. We are in perilous times, and the future lies with our children. They can not rest and play with foolish songs about a million scarlet roses and a lovesick painter. They must stick to the knitting now.”

“But,” I protested, grinning, “should they not be permitted to be young?”

“They are not young,” he grinned back.

I stood with him on the platform, his assigned post, over the next few hours. We talked about many things: the compromises taken by the vanguard of the proletariat, the impossibility of central planning, awful consumer reports on the Lada and good ones on Soviet tractors. His name was Krispin. He was extraordinarily well read. He had served many years in the Red Army in the Soviet Far East and had been among the four waves of very young Russian soldiers who occupied South Sakhalin and the Kuril Islands in 1945. Early into our conversation, I discovered that he spoke excellent French, and we were away to the races.

“What we value is what lasts,” he said at one point. “These young pioneers you liked want their songs, but they must stick to what matters,” he insisted and repeated in a pub a bit later where we both drank tepid Kalinkin pivo.

“What matters?” I asked him.

Startling has been how I have remembered that conversation from so long ago, not just because of the exotic, faraway city where it took place, but because 6 years later Krispin’s country collapsed, and I thought often about what value propositions that society had had for its young people. That same question has cropped up for me more than once over the years I have been in education, and most particularly in naturopathic medical education.

What are our value propositions in what we do? Krispin would have said that our model for naturopathic medical education must be a blueprint for creating, delivering, and capturing value, not only for our students but also for their students, their patients. All such models, I propose, involve simultaneously three variables: customer (student or patient) value proposition, value chain, and a revenue formula. We are asking a great deal of our ND programs. Our value propositions might be these:

In a world of MOOCs and integrative medicine predators, the values we attribute to our educational efforts must address what our deans and faculty are dealing with: faculty workload and employment model issues, credentialing challenges, and financial models that address student debt and chronic cash flow vulnerabilities. Whether we like it or not, our students contend that technology enhances productivity, and their smartphones, tablet computers, and lightweight laptops tell the tale. They also want learning that is, as Oblinger insisted, “experiential, socially constructed, and interdisciplinary” (2012, p. 14). Oblinger added, “the bounded, self-contained course can no longer be the central unit of analysis of the curriculum” (2012, p. 14). Furthermore, she contended, “[In the postcourse era], it may no longer be the place where the most significant learning takes place” (Oblinger, 2012, p. 14). She is speaking of participation and social connection (e.g., blogs, wikis, visualizations, digital information, simulations, and MOOCs).

Everywhere around us, professional certification programs (lawyers, accountants, and teachers) have moved online. Everywhere around us, the data accumulate to show that, citing Kirschner, online courses offer “an intellectually rigorous, measurable and fiscally responsible way to serve more students while making better use of physical space” (2012, p. B8). Significantly, Kirschner suggested that “the value of [the degree] is symbolic, backed not by gold but by the graduate’s sense of its worth and the employer’s willingness to accept it as the currency of competency” (2012, p. B8). There is much work ahead. Perhaps we must begin where Krispin suggested we should, with what we value in our educational product and processes and stick to the knitting. 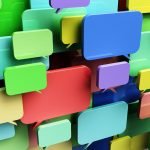 A Conversation With Steve ParcellEducation 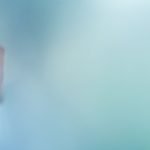 What Writing? What Wall?: Not-So-Scary Predictions and Prescriptions for Naturopathic Medical EducationEducation