The inclination to support more long-term research activity in naturopathic medicine is driven in part by a perceived need to validate and defend its principles and practice. This has been occurring for a very long time, but is especially vexing at a time when the profession gathers momentum like never before. Naturopathic doctors are busy codifying the collective theoretical and clinical knowledge of the profession, sustaining the accreditation of their educational programming, and moving ahead with the regulation of their professional practice. As the pace of such growth continues, interest in natural medicine (also referred to as integrated medicine or CAM) grows alongside and researchers from outside the naturopathic community lock on to subjects they historically have not taken much notice of.

Scholars of higher education were probably the first to have studied the rising energy of a medical system which has been around for over a century, but which only since the mid-1970s has been in ascendant mode after many decades of just hanging on. For example, there has been a steady conversation in the higher education community about what the support systems and focus for the educational preparation of primary care physicians and related allied health professionals should be. As that literature grew stronger, it did so against a backdrop of scholarship about the following: the characteristics of institutions in the nonprofit and public sectors and in the third sector; the higher education public policy and regulatory environments in which the naturopathic profession established its educational arrangements; and, increasingly, rising public awareness of the clinical effectiveness of natural medicine therapies and products.

Earlier, the profession’s approach to the research as an important formational process, despite a broadening spectrum of inquiry, was fragmented and sometimes contradictory. If we consider Eisenberg’s 1993 study as a kind of departure point for this growth in interest,1 it can be said that our track record of consistent research about the evolution of the medicine, its practice and its products is relatively recent. In any case, new research imperatives and opportunities notwithstanding, there remains among our students the perplexing question of whether prioritizing this broad phalanx of inquiry is as necessary to professional formation as generating as many qualified, motivated and confident doctors for clinical practice first as we can and worrying about research later.

On the one hand, Kaptchuk and Eisenberg were reminding us as late as 2001 that “the historical magnitude of alternative medicine has rarely been studied with anything resembling modern survey methods or with the intensity of recent efforts.”2 The record showed that at about the time that defining institutions such as the CNME (Council on Naturopathic Medical Education) and the AANP (American Association of Naturopathic Physicians) were being re-established, and as Twaddle and Hessler pointed out, “naturopaths [had] not yet received the attention of sociological research.”3 There were so few NDs on the scene, it is not surprising that the profession was also not on the radar of scientists who might, on the other hand, find interest in the medical utility of herbs, supplements and vitamins. Perhaps it was the growing support from NCCAM (National Center for Complementary and Alternative Medicine) for CAM research which lured more sociological and clinical research attention toward naturopathic medicine.

Much of the available literature, given this accumulating momentum whatever its catalysts, had tended to focus initially on mainstream healthcare professions adopting naturopathic modalities and natural medicine products and for a long time did not seriously consider the naturopathic profession as a group. Certainly there was, in the days before NCCAM, far less activity among NDs themselves in terms of their doing research on the profession’s modalities, therapies and products. Nevertheless, as pointed out by medical sociologists4-12 and medical anthropologists,13-19 it was not long before NDs and educators reacted to the growing body of scholarship about the formation of, and public demand for, complementary and alternative medicine, often used in conjunction with biomedical care.1

Despite the hegemony of biomedicine in North America and its control over research activity,16,17 among scholars of higher education interested in the formation of professional groups such as naturopathic doctors or chiropractors, and concomitant with a growing interest in studying the location and role of the graduate medical education institutions and systems preparing these alternative and complementary practitioners for entry to practice,16,17,20 spikes in studies about traditional naturopathic treatments and related herbs, compounds, tonics and supplements began to occur with greater frequency.

Within a rich history of medical pluralism in North America, particularly in the United States, medical historians, medical anthropologists and social scientists were becoming increasingly prolific in writing about professional formation or about the alternative and complementary treatment modalities and therapies of such professions.16,17,20-23 This uneven but accelerating attention was focused on a profession of small number, which all too frequently had been marginalized within regulated state or provincial officials who considered the dominant, “science-based” allopathic profession as the standard.21,24

However, muddying this perspective was a growing recognition that the allopathic monopoly was co-opting and cherry-picking some long ignored areas of potential research interest which had long been protected and sustained by the naturopathic profession. Even so, this sharpening focus on naturopathic subject matter by the self-same allopathic monopoly came as no surprise to many long serving naturopathic doctors. One such naturopathic elder, Dr. Robert Fleming of British Columbia, a graduate of the naturopathic program at Oregon’s Western States in the 1950s, reminded the students during a lecture at CCNM in 2000 at which I was present, that this kind of “usurping” was “entirely not new” and that the “new generation of NDs had best be strong and prepared to keep on keeping on.” I took notes during that remarkable lecture as Dr. Fleming reflected back on the history and evolution of the profession he loved. He cited an early president of the Institute of Homeopathy, who insisted that ever since the beginning decades of the 20th century such competition was the result of the “assault on traditional medicine including its traditional subject matter and methods” by the American Medical Association, long “bent on throttling everything which stands in its way for obtaining medical supremacy.”25 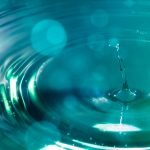 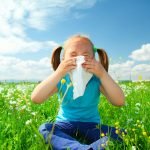