The Healing Power of What?

Definitions of the Vis Medicatrix Naturae on Professional Naturopathic Websites

The vis medicatrix naturae, which is at the crux of naturopathic philosophy and principles, is often referred to in naturopathic texts, but rarely defined or examined in detail. In particular, writings which reflect on the philosophical assumptions of our Latin-to-English translations are largely absent from both professional and academic discourse. While the Foundations of Naturopathic Medicine Project1 is working towards filling these gaps by codifying modern naturopathic knowledge into a cohesive textbook for the profession, existing definitions of key naturopathic meta-concepts, including the vis, have expanded beyond the American Association of Naturopathic Physicians’ (AANP) position paper, which originally defined them in 1989.2 Naturopathic medical schools, provincial/state licensing boards, and individual practitioners frequently include definitions of the vis on their websites, printed material, social media profiles, etc, which differ from the original AANP definition. An investigation of the terms used to define the vis, and the variability of definitions on professional and educational websites, can shed light on how these definitions reflect particular worldviews, how they may impact public perception of naturopathic medicine, and how they inform clinical practice.

Historical and Ideological Definitions of the Vis

The theoretical and practical uses of the vis medicatrix naturae date back to the father of modern medicine, Hippocrates (460-370 BC), who emphasized that nature is the physician of disease. Although controversy exists on whether or not Hippocrates coined the phrase vis medicatrix naturae itself, his writing has been interpreted and debated by philosophers and doctors ever since. Phillipe Pinel (1745-1826), for example, emphasized that therapy should be simple and allow nature to proceed without human interference3; in contrast, Voltaire (1694-1778) is often cited as stating that “the art of medicine consists of amusing the patient while nature cures the disease.” Directly conjoining the vis and nature, Paracelsus (1493-1541) theorized that the human body contains “inherent balsam” (referring to plants and plant resins).4 By comparison, Thomas Sydenham (1624-1689) focused on the physiological role of the vis, understanding it via the body’s manifestation of fever, itself evidence of the healing force.5 As the art and practice of medicine has evolved, so too have the definitions and interpretations of the vis, providing insight into our individual and collective underlying beliefs and worldviews.

The vis can be understood from a physiological, or even mechanistic perspective. In these interpretations, the vis is explained in terms of biological processes which provide support to the body’s homeodynamic nature. The vis regulates the healing of wounded tissue and the mounting of immune responses to pathogens, inducing fever, inflammation, etc; it explains bodily structure and function, the modulatory nature and capabilities of the body, from speed to accuracy. Scientific and mechanistic interpretations focus on the self-healing aspect of the body, as well as removing obstacles to cure, applications which are both material and tangible.

On the other hand, approached from a vitalistic ideology, the vis is defined as something which cannot solely be explained by science and physiochemical forces. The notion that the vis is part of a larger-scale, universal, and spiritual aspect of life, is often stressed. This is paralleled in definitions which use terms such as ordered and intelligent in their descriptions. Vitalistic definitions may also employ the term self-healing, though they tend to focus on the connections between mental, emotional, spiritual, and physical aspects of the self-healing mechanism.

As evidenced by the professional naturopathic websites investigated, the notion that the vis is an inherent process appears to be at the core of most definitions (Table 1). The word “inherent” may serve as a bridge between scientific and holistic definitions, as it can be interpreted as being a physiological process, but can also encompass the vitalistic approach, as well as a spiritual component.

The Healing Power of What?

At first glance, the semantic differences between lists and definitions appear minor and unimportant; however, our word choices reflect our beliefs and values. As physicians, we acknowledge that words matter when performing physical examinations, talking to family members about palliation, or discussing perinatal stages. As Lachlan de Crespigny stated, “Language can influence reality, particularly because [doctors] are frequently considered experts not only in… diagnosis but also in morality. Doctor’s language has a powerful influence over the way patients think.”9 The practical implications of how we define the vis are vitally important. As articulated by medical philosopher and ethicist, Edmund Pellegrino, “what physicians think medicine is profoundly shapes what they do, how they behave in doing it, and the reasons they use to justify that behavior… It dictates, after all, how we approach patients, how we make clinical judgments.”10 It’s not just about what we do; it’s how we do it. Conscious of it or not, how we define the vis impacts every aspect of clinical practice.

An analysis of the meaning of the phrase “the healing power of the body” reveals a focus which rests solidly on the individual patient and his or her own body. Inherent in the translation “the healing power of the body” is an internal focus, one which is confined to a single person, and thus reflects the role of physiology and the individualized nature of healing. In this definition, even the well-accepted bio-psycho-social understanding of the individual is not explicitly stated; one must infer this from the relationship between the vis as interpreted as the healing power of the body and another naturopathic principle, tolle totum (treat the whole). Without further elaboration, the term body, defined as “the material part or nature of a human being,”11 does not necessarily invoke a sense of wholeness between physical, mental, emotional, spiritual, and environmental spheres. The benefits of this translation, however, has the potential to encourage the inclusion of a greater diversity of viewpoints, ranging from scientific to holistic, which may better represent the heterogeneity of worldviews of naturopathic doctors (NDs).12 Additionally, it could provide a common language and paradigm from which NDs can communicate with other healthcare professionals who espouse a primarily scientific perspective.

Referring to the vis as “the healing power of nature,” on the other hand, reflects a literal translation from the Latin naturae, meaning birth, character, constitution, quality, essence; nature (ie, the world, universe); substance, and consistency with nature.13,14 These definitions include both one’s individual nature, as well as a more universal sense of the term. While nature always includes the individual, the reverse isn’t necessarily true. In using the word nature, our understanding of the inherent self-healing mechanism extends beyond the individual to include one’s constitution, miasm, community, psychosocial factors, and the environment. The individual patient in this definition is positioned relative to their larger context. For example, the AANP definition2 refers to the healing power in the person, recognizing perhaps that the person encompasses more than just the body.

Without more nuanced and inclusive definitions of the vis, naturopathic physicians inadvertently set up limitations which are contrary to naturopathic philosophy. While a definition that focuses on the body may serve to simplify the concept of the vis, making it more intelligible and marketable to the general public and other health professionals, it may also inhibit the ability to acknowledge the connections between the individual patient and their larger environment. Emphasizing either the healing power of the body or the healing power of nature creates a dichotomy between the body and nature, which parallels the classic Cartesian split between mind and body. Within this dichotomy, the individual body is separated from nature, setting up the basis for a hierarchical, power-based relationship, where one may be prioritized over the other. For example, nature may be positioned as a resource to be exploited and used in service of the body. Not only does this devalue the potential healing power accessed through one’s relationship to nature, it also limits the possibility of appreciating that natural substances manifest a healing power and vitality in their own right.

Additionally, the order of placement of the vis within a listing of the 6 naturopathic principles impacts the perceived importance of the vis to the profession, individual practitioners, patients, and students. The majority of naturopathic institutions list the vis in either the first or second position within the list (see Table 2). One-third (33%) place the vis first, while an additional third (33%) place it second. Of the remaining 3 schools, NUHS puts the vis in fourth position, CCNM lists it sixth among principles, and as noted previously, Bridgeport fails to mention the vis on its website. Although it may not be the intention of naturopathic institutions to create a hierarchy among the naturopathic principles, the principles were originally presented in the AANP position paper in a specific order.2 Further discussion and critical analysis is needed to evaluate the significance of the vis’s position on the list relative to the original order it was presented in, since its positioning reflects an underlying hierarchy.

Table 2. Order of Placement of the Vis Medicatrix Naturae in the Listing of Principles

It is essential to acknowledge that it is beneficial to adapt and/or simplify philosophical concepts in order to make them digestible to the public, and to reflect the evolution of the profession. A mechanistic definition of the vis which focuses on the physiological healing power of the body is comprehensible and uses language which enables inter-professional communication. However, it runs the risk of abandoning the larger context of nature, as well as a connection with the vitalistic roots of the naturopathic profession. Without considering the healing power of nature in all its complexity, naturopathic doctors jeopardize other aspects of their philosophy and practice. This compromises their ability to heal the whole person, appreciate the vitality of natural substances, acknowledge the ecological responsibility of the physician, and encourage the healing relationship between the patient and nature as a whole. Since the definitions presented on professional websites reflect naturopathic philosophy in practice, NDs need to critically reflect and engage in greater dialogues regarding the inferred meaning and implications of the vis for both education and clinical practice. 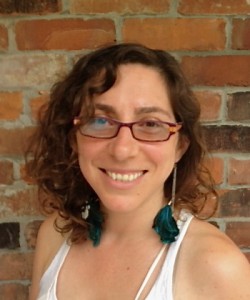 Cyndi Gilbert, ND graduated from the Canadian College of Naturopathic Medicine (CCNM) after completing preliminary apprenticeships in herbalism and Traditional Chinese Medicine. Her undergraduate work in cultural studies and critical theory informs her approach to naturopathic practice, where she focuses on the sociocultural, mental-emotional, and spiritual factors of health and illness. She is an assistant professor at CCNM, teaching Naturopathic Philosophy and Botanical Medicine, as well as a clinical supervisor at a community health centre in downtown Toronto.

Katherine Murphy, ND Candidate is a recent graduate of the Canadian College of Naturopathic Medicine (CCNM). She has always had an inherent interest in naturopathic medicine, as she was raised in a holistic and naturopathic environment. She focuses on the mind-body-spirit connection when treating patients and finds success in empowering patients to take a leading role in their own health. Katherine looks forward to opening a naturopathic clinic in Burlington, Ontario in early 2014.

4. Debus AG. Paracelsus and the Medical Revolution of the Renaissance. Bethesda, MD: Friends of the National Library of Medicine Inc.; 1993. 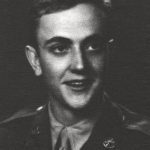