Beyond the Hormonal Triad: The Liver as an Important Source of Cortisol

So often, support of the adrenal glands is included in naturopathic treatment plans. A common thought is that if you treat the adrenals, you also have to treat other hormone producers, like the thyroid and sex organs (ovaries or testes). Clinical practice certainly indicates this to be true. However, the liver should not be forgotten. The liver earns its main claim-to-fame because of its role in the detoxification of substances we ingest, as well as in the endogenous conversion of hormones, such as menopausal estrogens. It is the relationship of the liver to the adrenal glands through cortisol production that is often left out of the equation, but which may be a beneficial factor in treatment considerations.

The Liver and Cortisol

In a recent study of obese subjects, the liver was reported to be a source of cortisol.1 This is big news for “adrenal burn-out,” but the relevance to practice may not end here. The liver’s cortisol production is a result of the enzymatic activity of 11β-hydroxysteroid dehydrogenase type 1 (11β-HSD-1), which is responsible for the conversion of cortisone to active cortisol. Other sites for this enzyme include the gonads and central nervous system. Providing opposing action to this is the enzyme 11β-HSD-2, which converts active cortisol back to cortisone; 11β-HSD-2 is produced mainly by the kidney, but also by placenta and colon. One study focused specifically on the upregulation of 11β-HSD-1 when monocytes convert to macrophages,2 indicating a connection to the immune system.

One of the actions of cortisol is to suppress the immune system and inflammation. This occurs as Th2 mediators, interleukin (IL)-4 and IL-13, stimulate the production of 11β-HSD-1 to increase cortisol. Meanwhile, interferon-gamma (IFNγ), mediated by the Th1 component of the immune system, acts to inhibit those interleukins and ultimately prevent 11β-HSD-1 from producing more cortisol.

It is particularly useful to jumble one’s mental diagnostic algorithm to examine the role that the liver may play in such cases. Looking at the side effects from exogenous IFN treatment for diseases like hepatitis or lupus (Table 1), we see that the patients’ concerns in the case studies listed here (alopecia and disturbances of mood and vision) are found on the list.3 The human body produces its own interferons, as mentioned previously (INFγ being Th1-mediated). It is possible that the body attempts to regulate liver function, based upon past insults to the organ, by tipping the scales from Th2 toward Th1. This could affect the cascade of mediators which, in turn, might result in an underproduction of cortisol in the body. 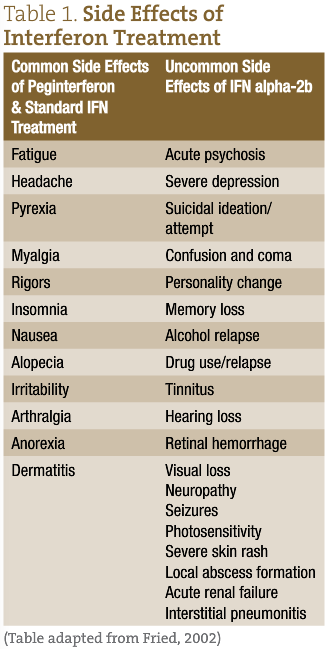 If we can assume that cortisol production is influenced in individuals with subclinical liver damage, as we know it can in obese patients, we will want to target the problem area in order to find the most effective treatment. Since our bodies work on feedback loops, that is likely a good place to start. Cortisol itself has the effect of suppressing the secretion of IL-2 (a Th1 cytokine) from CD4+ T cells, resulting in a Th2 shift.2 And we know that IFNγ will inhibit IL-4 and IL-13 and promote a decrease in active cortisol production. In individuals with liver damage, it would appear as though the “on” button for IFNγ activity may be stuck, rather than shifting naturally back and forth with the Th2 cytokines. The result could be ineffective cortisol production.

These mediators may all play a role in a compensatory process observed in clinical practice. Patients presenting with high stress levels and other undiagnosed symptoms may need a more detailed workup than they normally receive. Two such cases come to mind:

A peri-menopausal women in her late 40s is currently on hormone replacement therapy and antidepressant prescriptions. She feels she does not handle stress well. She eats a superb diet and does her best to exercise regularly to aid the situation, though despite these efforts, she carries excess weight. Interestingly, she complains of hair loss in the axillary and pubic areas, and also of visual disturbances. Also relevant is a history of hepatitis, which no longer affects her.

A male in his late 20s is also finding it difficult to cope with stress, and is concerned with hair loss of unknown cause; for him, the alopecia is of the beard. Significant background information in this case is a history of excessive alcohol and drug use. While not obese or heavily overweight, he carries a slight bit of excess fat, particularly around the core. He also casually mentions vision problems.

The combination of the substance abuse history and the similarity of his alopecia and vision problems to interferon side effects suggested the possibility of liver involvement. This was confirmed by elevated hepatic transaminases.

Neither of the aforementioned cases were resolved by solely treating the common triad of hormone-producing organs (ie, adrenals, thyroid, gonads). The protocols for each patient were different, but the rationale was the same. Rather than treat the standard hormone-producing organs, variable improvement was made with liver-support and anti-inflammatory treatments. This may suggest an immune-related compensatory state that had acted to inhibit cortisol production.

The mechanism of such a symptomatic state may be highly variable and needs further investigation, but it still suggests that a liver treatment plan may be an avenue to consider in certain patients who do not seem to fully respond from the typical treatments targeted toward the hormone-producing glands themselves. Unexplained symptoms that fit into the list of IFN side effects may be a warning sign that a patient’s stress may be a result of the interplay of other organs, particularly the liver.

Monique Hallee, BScHK, ND, is a recent graduate of Boucher Institute of Naturopathic Medicine. She has since returned to the Boucher Institute, where she thoroughly enjoys inspiring her inner nerd by contributing to the Research department and student tutorial programs. She has also recently joined practice at Meditrine Naturopathic Medical Clinic in Langley, BC, working in family health care with a focus in women’s health. 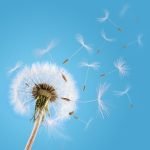 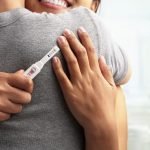