Antioxidants for Female Infertility: A Review of the Literature

Infertility, defined as trying to conceive for over 1 year with no success,1 affects as many as 16% of Canadian couples.2 While the cause of infertility is not always identified, it is important to assess for both female and male factors. Female factors include ovulatory dysfunction, tubal or uterine abnormalities, and age. Ovulatory dysfunction is most commonly caused by polycystic ovarian syndrome (PCOS), but can also occur in hypothalamic or thyroid dysfunction, primary ovarian insufficiency, or hyperprolactinemia. Tubal infertility (damaged or blocked fallopian tubes) can be a result of endometriosis, prior surgery, or infections such as Chlamydia or gonorrhea. Uterine fibroids, congenital abnormalities, scarring or adhesions, or even endometriosis can cause uterine factor infertility by impeding implantation. As a result of social and cultural trends of delayed childbearing, advanced reproductive age has become a significant contributor to infertility. Female fertility rates decline sharply beyond the age of 35,3 which can be attributed to changes in both oocyte quantity and quality. The risk of chromosomal abnormalities and of miscarriage also increases with maternal age.4,5

Although the mean age of menopause in Western countries is 51, approximately 10% of women will exhibit decreased ovarian function as early as their 30s.5 While cycle irregularity may not be present until 6-7 years before the occurrence of menopause, childbearing usually ends a decade prior to menopause.5 Once clinical signs of ovarian aging such as menstrual cycle irregularity or vasomotor symptoms are present, fertility may already be greatly diminished. Markers of ovarian reserve, such as follicle-stimulating hormone (FSH) and anti-Müllerian hormone (AMH) blood tests, may be useful to predict fertility decline, especially in women who may not otherwise show signs or symptoms of ovarian aging.

The formation of primary oocytes in the ovary occurs during fetal development, and these diploid cells are arrested in prophase of the first meiotic division. Beginning at puberty, the surge in luteinizing hormone (LH) triggers meiosis to resume, during which all 46 chromosomes align in pairs and are pulled apart by the action of spindle fibers; this leads to a haploid secondary oocyte, and a polar body containing the other set of 23 chromosomes. This process of separating chromosomes and pulling them outside of the egg to form polar bodies requires a significant amount of cellular energy, which is provided by the mitochondria. The decline in oocyte quality with age may be a result of higher rates of meiotic error, resulting in aneuploidy, or a deterioration of the selection process with age, allowing a poorer quality oocyte to develop into a dominant follicle.5 Decreased quality of granulosa cells and cumulative oocyte damage are other proposed mechanisms.5 Aging is associated with mitochondrial DNA mutations and deletions, as mitochondrial DNA repair mechanisms become less efficient over time.4 Meiotic errors, resulting in aneuploidy embryos or arrested embryo development, may occur as a result of loss of mitochondrial function with age.4

Under normal physiologic conditions, reactive oxygen species (ROS) are present in low concentrations in the female reproductive system and appear to play a role in numerous fertility processes, including oocyte maturation, ovulation, implantation, and blastocyst development.6 Oxidative stress (OS) occurs when there is a buildup of ROS due to decreased capacity of the cells to remove free radicals.7 ROS target carbohydrates, lipids, proteins, and nucleic acids within cells and may alter both physical and chemical properties of proteins.7 Continuous formation of ROS throughout the lifespan causes cumulative damage, and may impair fertility by reducing the number of oocytes available, impairing embryonic development, or leading to pregnancy loss.6 Antioxidant agents reduce free radicals by donating electrons and stabilizing ROS.8 Antioxidants are present endogenously, and can also be administered exogenously; exogenous antioxidants are of key interest in treating female infertility.

Previously, coenzyme Q10 (CoQ10)4 and resveratrol9 have been postulated to counteract ovarian aging and mitochondrial damage in murine models. In this paper, we provide a brief review of the literature regarding the use of antioxidants to promote female fertility.

A recent Cochrane review was conducted to evaluate the evidence for the use of antioxidants in subfertile women.1 Fifty randomized controlled trials (RCTs) were evaluated, which included 6510 women between the ages of 18 and 44 who had been referred to a fertility clinic and who may or may not have been undergoing assisted reproductive techniques (ART) such as in vitro fertilization (IVF) or intrauterine insemination (IUI). The review included RCTs examining a variety of oral antioxidant supplements and combination supplements, including N-acetylcysteine, melatonin, L-arginine, myo-inositol, D-chiro-inositol, carnitine, selenium, vitamin E, vitamin B complex, vitamin C, vitamin D + calcium, CoQ10, pentoxifylline, and omega-3 polyunsaturated fatty acids; these agents were compared to placebo, no treatment, standard treatment, or another antioxidant.

This review found that the use of antioxidants was associated with an increase in live birth rates compared with placebo or no treatment/standard treatment (odds ratio=2.13, 95% confidence interval=1.45 to 3.12, p>0.001, 8 RCTs, 651 women, I2=47%); however, this was only supported by very low-quality evidence.1 The findings suggest that among subfertile women with an expected live birth rate of 20%, the rate among subfertile women using antioxidant supplements would be between 26% and 43%.1 There was insufficient evidence to determine whether the rate of miscarriage was affected by the use of antioxidants.1 When subgroup analysis considering specific indications for subfertility was conducted, the association between the use of antioxidants and increased live birth among women with PCOS persisted (OR=3.34, 95% CI=1.90 to 5.86, p<0.001, 3 RCTs, 362 women, I2=28%).1 The authors concluded that there exists very low-quality evidence that taking an antioxidant supplement provides benefit for subfertile women.1 The quality of data available was limited by serious risk of bias associated with poor reporting of methods and inconsistency.

The importance of vitamin D in reproductive biology is becoming established.10,11 Previously, it has been suggested that vitamin D may act as an antioxidant by inhibiting lipid peroxidation and oxidative stress.12 In a small human trial, Tarcin et al demonstrated that vitamin D deficiency was associated with increased lipid peroxidation as well as endothelial dysfunction, which could be corrected with vitamin D supplementation.12 An association between vitamin D insufficiency and reduced clinical pregnancy rates in women undergoing IVF has been documented in several studies.10,13,14 In one study of 173 women undergoing IVF at Mount Sinai Hospital in Toronto, Canada, the majority (54.9%) of women demonstrated vitamin D insufficiency (defined as serum levels of 25-OH-vitamin D <75 nmol/L).10 Women with sufficient vitamin D levels were found to achieve significantly higher rates of clinical pregnancy per IVF cycle (52.5% vs 34.7%; p<0.001).10 Based on statistical analysis, serum 25-OH-vitamin D levels were proposed to be a predictor of clinical pregnancy (adjusted OR=1.01, 95% CI=1.00 to 1.03).10

Melatonin, a hormone secreted by the pineal gland and best known for its regulating action on circadian rhythms, has been found in numerous other tissues of the body, including the reproductive system, thyroid gland, skin, liver, pancreas, kidneys, and gastrointestinal tract.8 Melatonin has been shown to possess important oxygen-scavenging properties, and mitigates mitochondrial DNA damage by preventing the formation of ROS.8 A role for melatonin in reproductive medicine has been proposed. Indeed, clinical studies suggest that melatonin supplementation during IVF may lead to higher pregnancy rates; however, design limitations (eg, no blinding) may limit the interpretation of this data.15 In one study of 60 women with sleep disturbances undergoing IVF, 3 mg of melatonin was administered, beginning on the 3rd to 5th day of the menstrual cycle and continuing until the human chorionic gonadotropin (hCG) injection day during controlled ovarian hyperstimulation. This study demonstrated greater numbers of oocytes retrieved, and of higher-quality oocytes and embryos in the melatonin vs placebo group.15 The authors concluded that IVF patients may benefit from the use of melatonin to improve oocyte and embryo quality; however, further study is warranted.

Green tea (Camellia sinensis) is proposed to possess antioxidant and anti-mutagenic properties.6 The beneficial effects of green tea are attributed to its content of polyphenolic compounds, particularly catechins such as epigallocatechin-3-gallate (EGCG), which exhibit strong antioxidant activity.6 Green tea supplementation is postulated to improve the quality of both female and male gametes, due to the ability of catechin compounds to quench ROS.6 The unique properties of green tea catechins pose an important area of future research. At this point, human studies on the effect of green tea for fertility are lacking.

Infertility is an increasing concern among North American couples, and many couples struggling with infertility will seek out complementary and alternative medicine (CAM). As primary healthcare providers, it is imperative for naturopathic doctors to stay current in the medical literature and have informed discussions with their patients surrounding the use of antioxidant supplements for fertility. While some human studies and reviews in this area have been conducted, the available evidence is not conclusive. Future studies on the use of various antioxidants for improving reproductive health are well warranted. 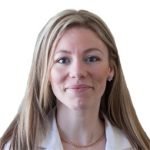 Erica Nikiforuk, BSc, ND, RAc, is a naturopathic doctor and registered acupuncturist in Toronto, Canada. With a focus on evidence-based medicine, her areas of research and clinical focus include fertility, endocrine and metabolic disorders. Dr Erica has published in major scientific and naturopathic medical journals, and frequently lectures to healthcare practitioners and the public. Prior to pursuing her naturopathic medical education, she graduated with distinction from the University of Guelph with an Honors degree in Biomedical Sciences and Nutrition. Dr Erica maintains professional licensure through the College of Naturopaths of Ontario and the College of Traditional Chinese Medicine Practitioners and Acupuncturists of Ontario. 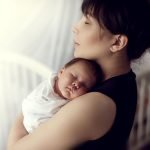 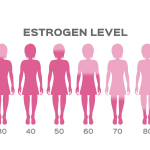