An Alternate Route to Diagnosis

Celiac disease (CD) is one of the most common disorders affecting humans, with serology-confirmed prevalence in populations of Caucasian descent being close to 1:100.1 The majority of patients are likely still awaiting diagnosis.1 Common diagnostic tools according to the American College of Gastroenterology (ACG) include initial screening with Immunoglobulin A (IgA) anti-tissue transglutaminase (TTG) antibody as the preferred single test. In cases where a high probability of CD exists, total IgA and  IgG-deamidated gliadin peptides (DGPs) may be added. Additionally, if serology is negative and a high level of suspicion exists, ACG also recommended intestinal biopsy, even if serology is negative.2 Since malabsorption is often a hallmark of CD, and prevalent in approximately twice that of the general population, there may be vitamin markers that can aid in early diagnosis of CD. B12, or cobalamin, is one vitamin of particular interest because it is absorbed in the terminal end of the small intestine. Damage due to gluten can occur in any portion of the small intestine in celiac patients and will show as blunted villi. Although the duodenal bulb is typically biopsied, Dickey et al3 suggested that intraepithelial lymphocytes are often present in significantly higher amounts in the ileum in CD patients with duodenal villous atrophy, suggesting the ileum is involved as well. Research suggests that B12 deficiency and the related marker, homocysteine, might be the first signs of malabsorption and celiac disease.

Cobalamin has the largest and most complex chemical structure of all the vitamins. It is unique among vitamins in that it contains a metal ion, cobalt. There are 2 main active forms of cobalamin. Adenosylcobalamin represents about 70% of the body’s vitamin B12 and is the primary storage form of the vitamin in the liver, red blood cell, kidney, and brain. Methylcobalamin is most active in the nervous system, often found in foods, and is easily converted to the adenosyl form. Methylcobalamin is found in the blood at levels of 60-80% of total cobalamin, and adenosylcobalamin makes up approximately 20%.4 Two enzymes in the body that are dependent on cobalamin include methionine synthase and L-methylmalonyl-CoA mutase.

Methionine synthase is required for the synthesis of the amino acid, methionine, from homocysteine. Methionine, in turn, is required for the synthesis of S-adenosylmethionine, a methyl group donor used in many biological methylation reactions, including the methylation of a number of sites within DNA and RNA. Inadequate function of methionine synthase (which can result from insufficient B12 or folate) can lead to an accumulation of homocysteine. L-methylmalonyl-CoA mutase is the enzyme that converts L-methylmalonyl-CoA to succinyl-CoA. This biochemical reaction plays an important role in the production of energy from fats and proteins.5 Because this reaction requires B12 as a cofactor, B12 insufficiency causes a build-up of methylmalonyl-CoA, as well as its hydrolysis product, methylmalonic acid. (See Figure 1 for enzymatic reactions.)

Due to the fact that an estimated 50% of people with subclinical vitamin B12 deficiency have normal serum B12 levels,7 measurements of these 2 cobalamin-dependent enzymes are considered the best methods to indirectly measure the levels of cobalamin in the body:

Both of these tests have been shown to be more sensitive in the diagnosis of cobalamin deficiency than serum measurement.7,8

Optimal absorption of B12 from food requires normal function of the stomach, pancreas, and ileum, as well as presence of calcium.9 Gastric acid and enzymes free vitamin B12 from peptide bonds in food. The gastric release of intrinsic factor (IF) then facilitates the transfer of B12 to the site of absorption in the ileum in the presence of pancreatic trypsin and bicarbonate. In the ileum, B12 absorption is dependent on the presence of free ionic calcium to uptake the B12-IF complex.

Clinical Outcomes Using B12 Markers as Indicators of Celiac Disease

Commonly, homocysteine is used to evaluate cardiovascular risk factors such as atherosclerosis and hypertension.10 Several studies have examined the role of B12 as an early marker in CD. According to Saibeni et al, hyperhomocysteinemia  was found in 20 % of patients with newly-diagnosed gluten-sensitive enteropathy (GSE) versus 5.8% of controls.11 They also found that folate was deficient in 42.5% of those with GSE and 8.3% of controls. Dickey et al found that homocysteine concentrations were significantly higher in untreated CD patients compared with controls. Homocysteine concentrations were also found to be inversely associated with serum and red cell folate and B12.12 One reported case study by Lim et al describes a patient with hypertension and untreated CD. Initial assessments found high homocysteine and low serum B12, attributed to impaired absorption of essential nutrients. For 3 months’ duration, she followed a gluten-free diet and took oral iron, folate and B6 supplements, as well as B12 injections. Her blood pressure improved by 6 months and normalized by 15 months. They summarized that these observations suggest “sub-clinical coeliac disease related hyperhomocysteinaemia might cause endothelial dysfunction, potentially giving rise to a reversible form of hypertension.”13

As we work to identify underlying causes of disease for our patients, nutritional deficiencies are usually at the top of our minds. With the information available that supports measurements of methylmalonic acid and homocysteine as screening tools for CD, it may be wise to consider testing in populations not only with cardiovascular disease and hypertension, but also in those with an array of gastrointestinal concerns such as reflux, pancreatic disease, malabsorptive gastrointestinal conditions such as diarrhea, or IBD. If routine screening for homocysteine yields elevated levels, the next step may be additional screening for celiac disease along with appropriate vitamin supplementation. Additionally, anyone newly-diagnosed with CD may benefit from baseline homocysteine and/or methylmalonic acid assessments, in order to later assess efficacy of a gluten-free diet and normalization of absorptive capacity. 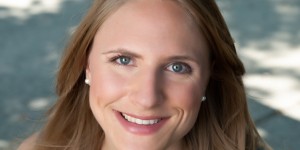 Kelly Simms, ND is a naturopathic physician practicing in Chicago, IL. She received her bachelor of science in biomedical engineering from North Carolina State University and her doctorate of naturopathic medicine from Southwest College of Naturopathic Medicine. Dr Simms completed the ITI STAIR residency program in Brookfield, Wisconsin at Integrative Family Wellness Center. Dr Simms focuses her practice on hormonal balance, gastrointestinal health, and cardiometabolic disease. She is a member of AANP and is the vice-president of the Illinois Association of Naturopathic Physicians. You can learn more about Dr Simms at www.kellysimmsnd.com.

We MUST Talk About BreastfeedingGastrointestinal, Pediatrics 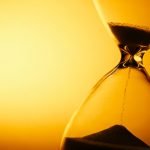