Although Clostridium species are typically present in the large intestine as a beneficial part of the gastrointestinal flora, the word clostridia generally elicits thoughts of intractable diarrhea and Clostridium difficile. However, despite the common association between clostridia and diarrhea, an imbalance of multiple Clostridium species can result in chronic constipation.

Constipation is a digestive complaint that runs rampant in the United States and perhaps worldwide. It can cause enough discomfort to result in irritability. Constipation is defined as incomplete or infrequent stools, as well as difficulty passing stool. To diagnose constipation, at least 2 of the following symptoms must be present over a 3-month period. This is the Rome-III criteria1:

Constipation is not only a symptom of an underlying problem; it also has the potential to create further dysfunction if not treated properly. Getting to the root cause of constipation requires identifying contributing factors.

The first step in uncovering the root of a patient’s constipation is an in-depth history and physical exam. A proper physical exam includes listening for the sounds of digestion, percussing or drumming on the abdomen, and feeling for gas or impacted stool. While no sounds may indicate obstruction or slow motility, too much sound, aka borborygmus, suggests gas from offending foods, deficient digestive enzymes, lactose intolerance, or celiac disease. Additionally, assessing reflexes and motor strength is important in order to identify any potential nerve dysfunction.

The next steps in uncovering the root of constipation are lab tests and imaging. These are not always necessary to diagnose the cause of constipation, but can be helpful in some cases. For example, an organic acid test or microbial stool testing can point towards particular microbial disparities, such as clostridia overgrowth or yeast excess. Imaging may help diagnose bowel obstruction or gallbladder sludge that reduces digestive function. Food sensitivity testing can identify food triggers of constipation. Additionally, there are gastric emptying tests and tests for neuropathy, though these are rarely used to evaluate constipation.

This particular article focuses on the use of organic acid testing to help identify clostridia as a causative factor in a patient’s constipation. Clostridia’s presence in the colon is generally not problematic. However, when the bacteria regurgitate into the small intestine, clostridia can wreak havoc on the digestive tract, resulting in systemic imbalances. Clostridia’s access to nutrients in the ileum allows the microbes to produce short-chain triglycerides that promote water absorption, which dries up intestinal waste.2 Clostridia are also capable of reducing fat absorption by deconjugating bile and consuming available lecithin.2 Tryptophan – one of the most-scarce amino acids3 and which is required for the production of 5-hydroxytryptophan (5-HTP), serotonin, and melatonin – may be metabolized by clostridia, reducing bioavailability.2 Finally, clostridia’s presence in the small intestine may result in impaired B12 metabolism, resulting in anemia.2

The short-chain fatty acid, butyric acid, is generally considered beneficial to the health of the gastrointestinal tract. In the case of clostridia overgrowth, however, butyric acid (along with propionic acid) may induce sodium and water absorption in the colon, furthering the solidity of the stool.2,4,5

Once constipation has worsened, backup of clostridia into the small intestine can allow for the sequestration of vitamin B12 prior to its absorption in the terminal ileum.6 Resulting B12 deficiency may lead to anemia and eventual neurological damage by demyelination.6

Organic acids are byproducts of metabolism in the body that can be easily measured in a urine specimen. Levels of different organic acids can provide information about various functions and organ systems in the body, including the gastrointestinal tract.

Research since 1955 has shown that certain Clostridium species (and enterococci) are capable of bile salt deconjugation via the bacterial enzyme cholylglycine hydrolase.7 Deconjugation of bile salts prevents the breakdown of fats, resulting in lipid malabsorption and fat-soluble nutrient depletion. Remaining fats in the intestine serve as a food source for pathogenic bacteria, producing malodorous gases from putrefactive fatty acids such as putrescine and cadaverine. On an organic acid test, elevated levels of suberic and adipic acids indicate a reduction in the breakdown of fats. This, in combination with elevated levels of Clostridium metabolites, such as 4-hydroxy-phenylacetic acid, HPHPA, 4-cresol, and 3-indolacetic acid, supports a link between reduced bile function and clostridial deconjugation of bile.8-10

Tryptophan metabolism is one of the more well-researched aspects of clostridia metabolism. Clostridia has been shown to cause tryptophan deficiency via 2 mechanisms. Firstly, Clostridium can consume the sugar necessary for tryptophan’s absorption, which can then result in preferential absorption of other amino acids, such as tyrosine. Secondly, Clostridium can metabolize tryptophan. The resulting deficit in available tryptophan may cause niacin deficiency, due to tryptophan’s role in niacin metabolism. Niacin as NAD plays an important role in oxidation-reduction reactions as well as non-redox reactions.11

On organic acid testing, urinary levels of tryptophan metabolites such as 5-hydroxyindolacetic acid (5-HIAA), quinolinic acid, kynurenic acid, and the ratio of quinolinic acid to 5-HIAA, can indicate a possible tryptophan deficiency and potential neurotoxicity (Figure 1). Along with markers for Clostridium, these tryptophan markers may suggest Clostridia involvement. Low serotonin levels, indicated by low 5-HIAA, can play a role in reduced peristalsis, further complicating constipation. 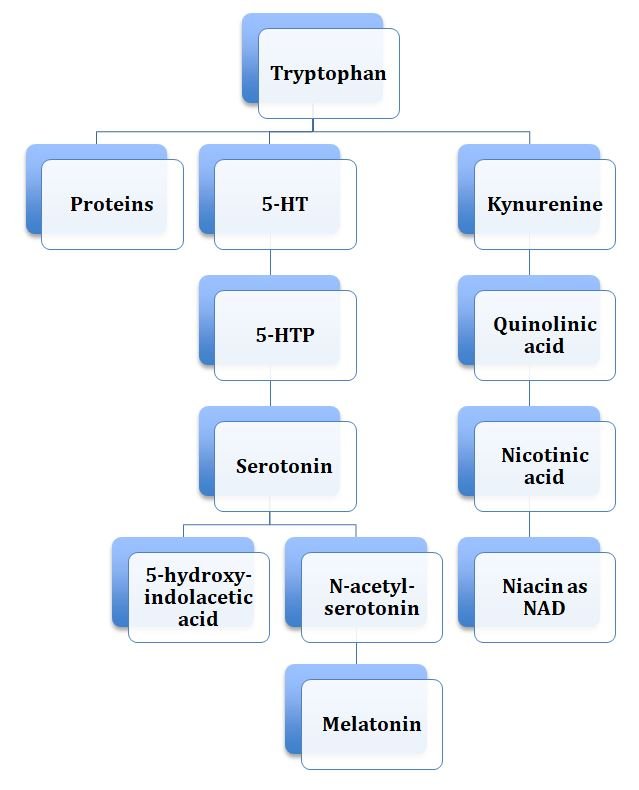 Management of clostridia-mediated constipation can take any number of directions: diet, supplements, botanical medicine, or antibiotics. Lactobacillus species are known to be health-promoting gastrointestinal bacteria. Because lactobacilli balance and counter many of the actions of clostridia, a diet supporting lactobacilli and inhibiting clostridia can help prevent and reverse dysbiosis. Lactobacillus requires little iron and is unable to digest cellulose, many proteins, and lipids, whereas Clostridium can digest most foods other than lactulose and some proteins and lipids. Therefore, a diet low in protein and iron can help support lactobacilli species while at the same time reducing clostridia species. It has also been suggested that conservative use of lactulose can help alleviate constipation while also promoting growth of lactobacilli.

Just as a Lactobacillus-promoting diet can benefit the balance of the gut flora and inhibit Clostridium overgrowth, so can the use of probiotics comprised of Lactobacillus species, particularly Lactobacillus rhamnosus.12 In combination or individually, research has also supported the clostridia-inhibitory effects of Saccharomyces boulardii.13

Management of chronic constipation requires a complete work-up. Organic acid testing can help identify clostridia as a possible contributing factor in a patient’s constipation. It can also help assess how clostridia may be affecting nutrient absorption, lipid breakdown, and neurotransmitter balance, as well as the severity of these imbalances. 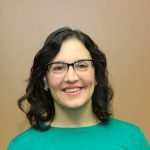 Angela Knapp, ND, believes in the symbiosis of humanity and the environment. It was during her work as a small farmer after college that Dr Knapp recognized her goal to heal the earth by helping its inhabitants heal themselves. In 2013, Dr Knapp received her doctorate from NCNM, with a specialty in Natural Childbirth. She currently practices at the Peirson Center for Children, in Portland, OR. Dr Knapp is Staff Physician at Kashi Clinical Laboratories. She enjoys spending time with her family, preparing meals with locally procured foods, and grounding herself by getting her feet wet in any nearby body of water. 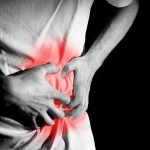 Gallbladder Disease: Not Just a Problem for WomenGastrointestinal, Toxicology