The significance of the fucosyltransferase-2 (FUT2) gene and “secretor status” has been written about by Dr Peter D’Adamo for over 20 years. Dr D’Adamo’s research into ABO blood type led him to see a connection between the gene that codes for blood type and the FUT2 gene, which determines secretor status. Specifically, the FUT2 gene is responsible for the expression of our ABO blood-type antigens into all of our bodily fluids. Individuals who carry at least 1 functional allele are known as “secretors,” whereas individuals who are homozygous for loss-of-function mutations are known as “non-secretors.”1

Non-secretors do not secrete blood-type antigen into bodily fluids, ie, saliva, sweat, tears, vaginal secretions, semen, or digestive juices. Secretor status is completely independent of ABO status, so an individual can be a Type O secretor or non-secretor, Type A secretor or non-secretor, etc. It is estimated that about 18-20% of the general population are non-secretors, and this has an impact on various aspects of human physiology.1 It is the impact of secretor status on gut health that will be the focus of the remainder of this article.

As naturopathic physicians focused on the health of the gut, most of us are well aware of the intensive research being conducted on the gut microbiome. We know that the composition of our gut microflora affects our ability to metabolize, digest and absorb nutrients, and to regulate immune function and defend against a multitude of pathogens. Indeed, it is our first “line of defense” against our environment, including the food we eat. The FUT2 secretor status gene is responsible for the synthesis of the type-1 H antigens, which act as precursors for the ABO blood-group antigens expressed on intestinal mucosa and deposited into digestive secretions (among individuals who are secretors).1 Considering its significance, it is essential to understand a little bit about the relationship between ABO and FUT2 gene function with regards to intestinal health.

The ABO antigen is a carbohydrate food source for many bacteria and thus influences commensal bacterial levels.2,3 The FUT2 gene plays such an important role in the composition of gut bacteria, that authors of a study from 2014 stated, “secretor status and FUT2 polymorphism are associated with the composition of human intestinal microbiota, and appears thus to be one of the key drivers affecting the individual variation of human intestinal microbiota.”4 To understand why this is so, it is helpful to examine the role of ABO antigens in the gut mucosa. Certain strains of bacteria have a greater affinity for the different carbohydrates, or blood-type antigens, found throughout the gut. Translation: your gut bacteria eat certain foods based on your blood type. Because secretors have blood-type antigen plentifully distributed throughout their digestive secretions in the intestine, the beneficial bacteria have a constant supply of food! Non-secretors, on the other hand, do not have such a plentiful food supply. As a result, more work and attention may be required on the part of non-secretors to maintain or restore a healthy balance of commensals as well as adequate diversity in their gastrointestinal tract.5-8

Because our ABO blood-group antigens are a source of food for various bacteria, the presence or absence of these antigens not only affect the population of various gut bacteria, they also provide a level of protection against the adherence of certain pathogenic bacteria. Several studies have shown that secretor status affects susceptibility to infection by Norwalk and respiratory viruses, Vibrio cholera, Campylobacter jejuni, rotavirus, and Helicobacter pylori.8 In some cases, FUT2 non-secretor status confers an advantage.8 Remember, ABO expression is heavily dependent on the inheritance of the Secretor/FUT2 gene.

The Role of Lectins

Another important factor in the relationship between diet, blood type, and secretor status is the role played by lectins. These are sugar-binding proteins that are found in abundance throughout the plant and legume world. Lectins are highly specific to their sugar moieties. After all, the word “lectin” comes from the Latin word legere, meaning “I choose.” Your ABO “blood type” is a sugar antigen – a carbohydrate structure found on the surface of many cells, not only in the blood. Blood-type antigen is found extensively throughout the lining of your gut and all your digestive secretions if you are a secretor.9 When you consume incompatible lectins for your blood type, they can bind to your particular blood-type antigen and damage your intestinal lining; this in turn diminishes your ability to digest food and lays the foundation for inflammation in the gut.

Generalized “low-lectin diets” continue to be espoused by various health practitioners. D’Adamo’s work, however, looks at the specificity of lectins for each person, based on his or her blood type. This is really the key to understanding any lectin-host relationship. In fact, some lectins are beneficial for certain individuals, in that their immune systems are more able to identify pathogens and, in some cases, defend against cell changes that might lead to cancer. This is because the lectins can cause aberrant cells to stick together, creating clumps of cells that are now more “visible” to the immune system. If an individual is a non-secretor, the potential for damage wreaked by adverse lectin relationships is much higher. This is because non-secretors lack that extra layer of protection afforded by ABO antigen in the digestive secretions whereby certain lectins can attach to “decoy” molecules instead of doing damage to the mucosal lining of the gut. In this way, blood groups can serve as false receptors, preventing binding to various target tissues. Consuming incompatible lectins for your genetic individuality promotes a proinflammatory state in the intestinal tract as a whole.

Secretor status effects on GI inflammation, in conjunction with its effects on host gut microbiome bacterial populations, likely contributes to the higher number of non-secretors among individuals with Crohn’s disease.10,11 All chronic inflammatory bowel diseases (IBDs) should be more extensively researched with an eye toward secretor status. Although the precise etiology of IBDs is not yet fully understood, abnormal host-microbial interactions have been implicated in the pathogenesis of IBD.11-13 Mucosal and fecal bacterial analyses have revealed that patients with IBD have less diverse normal flora, and it has also been shown that non-secretors have less overall diversity in their microbiomes compared to secretors. This is one of the most important factors in overall gut health: a diverse bacterial population. Small intestinal bacterial overgrowth (SIBO) likely has connections to secretor status as well, if we consider the ability of certain bacteria to migrate into the small intestine more easily and propagate due to less mucosal layer protection. More research is needed in this area.

The activity of an important enzyme in the gut is also affected by FUT2 secretor status. It has been estimated that non-secretors have only 20% of the enzyme, intestinal alkaline phosphatase (IAP), that secretors possess.9 IAP plays an essential role in intestinal homeostasis and health. This enzyme interacts with the resident microbiota and with our dietary intake of certain foods. One’s secretor status will mightily influence the ability of this enzyme to protect us from both infectious agents and chronic inflammation.19-23 Lastly, IAP also plays a role in the proper absorption and distribution of lipids such as cholesterol after the ingestion of a fatty meal, so there are implications far beyond the gut as well.

FUT2 gene expression is fairly individual, especially based on the presence of various other genes, including ABO. Nonetheless, there are various therapeutic measures that are generally reliable for non-secretor individuals. Beta-glucans, a type of beneficial fiber, have been shown to help protect the intestinal wall in non-secretors, and several strains of “probiotics,” most notably Bifidobacterium, will also enhance the expression of FUT2.6 In addition, certain nutrients, eg, vitamin B12 or picolinic acid, may alter the activity of the FUT2 gene.24,25 Dietary modifications can make a tremendous difference in overall gut health for non-secretors. It would be appropriate and important for any practitioner making dietary recommendations to his or her patients to identify their patients’ secretor status and have a basic understanding of its impact on health. After all, true health, as we know, begins in the gut! 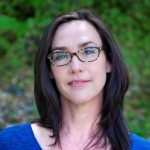 Ginger Nash, ND, is an expert in the field of women’s health and hormone balance, having lectured to both women and practitioners of natural medicine across the United States and Canada for 20 years. Dr Nash taught at the University of Bridgeport’s College of Naturopathic Medicine clinic for 6 years and has also had a thriving practice in New Haven, CT, since 1999. She is a sought-after speaker and has recently launched a comprehensive online program for menopausal women. 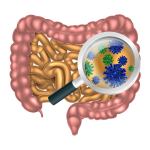 SIBO as an Adaptation: A Proposed Role for Hydrogen SulfideGastrointestinal