The Chicken or the Leg? Exploring the Relationship Between IBS & Restless Legs

Restless legs syndrome (RLS), also known as Willis-Ekbom disease, is a common and debilitating condition characterized by discomfort and an uncontrollable urge to move the legs, which occurs mainly during the evening and significantly disrupts sleep and quality of life.1 Restless legs occurs in approximately 6% of the population and affects more women than men.1 RLS is a common comorbidity of many neurological and systemic conditions, including Parkinson’s disease, multiple sclerosis, fibromyalgia, diabetic neuropathy, and kidney disease.2 There are many theories and established mechanisms for this complex condition; however, brain iron deficiency, peripheral and central inflammation, and damage to sensorimotor nerve pathways all seem to be key players in the development of restless legs.2

It’s not unusual for patients with RLS to suffer from digestive comorbidities, the most commonly established being celiac disease and inflammatory bowel disease.3 These digestive states tend to promote nutrient malabsorption, including that of iron, leading to decreases in iron storage and setting the stage for RLS. More recent research has explored the possible connection between the occurrences of RLS in patients with irritable bowel syndrome (IBS), and has suggested small intestinal bacterial overgrowth (SIBO) as a potential trigger for the development of RLS.4,5 IBS is predominately a motility disorder of the gastrointestinal tract that affects the enteric nervous system and which often presents with a combination of abdominal discomfort or pain, flatulence, and altered stool frequency, including constipation, diarrhea, and mixed types. SIBO can manifest when abnormal counts of bacteria invade the small intestine, causing abnormal fermentation, gas, and bloating. SIBO is associated with nutrient malabsorption. A high prevalence of SIBO has been reported in patients presenting with diarrhea-predominant IBS.6

Patients with IBS are often affected by disruptions in sleep patterns.7,8 Given the fact that next-day symptoms of IBS are predictably worsened by sleep disturbances9 and that sleep disturbances are a main consequence of restless legs syndrome, it would seem reasonable that these 2 conditions not only coexist, but might also share a common cause. The aim of this review is to examine the prevalence, pathophysiology, and integrative treatment of RLS that occurs in relation to IBS.

Perhaps the most interesting and compelling finding to date, regarding the relationship between restless legs, sleep disturbances, and irritable bowel was elucidated by Borji and his group. Their IBS study population was found to have an almost 5-fold increased risk of RLS (OR: 4.89); RLS occurred in 25% of IBS patients vs 6.5% of healthy controls, which was further confirmed by polysomnography.11 Interestingly, IBS patients who also had RLS experienced significantly greater symptoms of abdominal pain, nausea, and vomiting. This was the first group to demonstrate not only a significant IBS-RLS connection but also a positive correlation between their symptom severities.11

Another group demonstrated that 62% of IBS patients studied who also suffered from restless legs were of the diarrhea-predominant subtype (IBS-D), while only 4% had constipation-predominant IBS (IBS-C).6

A recently published study looked at the prevalence of poor sleep quality and RLS in patients with multiple subtypes of IBS.12 The results suggested a small but significant increase in the incidence of RLS in IBS patients as compared to healthy controls. In the study design, however, 41% of the total study population consisted of patients with IBS-C, while only 15% of subjects had IBS-D. This imbalance may have weakened the study findings and suggests that the investigators did not take into consideration that the majority of IBS patients most likely to suffer from RLS are those with IBS-D.6 As such, future research should focus on IBS-RLS patients with chronic diarrhea as targets for therapy, as this will likely yield the most promising results for patients.

Rifaximin is a poorly absorbed antibiotic, which has demonstrated effectiveness in the eradication of SIBO and reduction of symptoms of IBS-D.13 Weinstock et al were the first to explore the potential therapeutic effect of rifaximin therapy in patients with both IBS and restless legs.4 Patients who were diagnosed with IBS and had symptoms of RLS underwent lactulose-hydrogen breath-testing to determine the presence of SIBO. Patients who were positive for SIBO then underwent a drug regimen consisting of rifaximin to treat the SIBO, followed by the administration of zinc and tegaserod – a prokinetic agent – to prevent recurrence.

Ten of the 13 patients treated with this regimen experienced greater than 80% improvement, and long-term remission of RLS was achieved in 5 patients.4 The study was limited by its small sample size but showed very encouraging initial results. To the authors’ knowledge, no other studies have been conducted using established drug therapies targeting IBS symptoms to evaluate their effectiveness for symptoms of comorbid restless legs. Work from future research groups in this area may want to track not only the long-term effectiveness of therapy (such as rifaximin) in IBS-RLS patients, but also whether a return of digestive symptoms leads to a return of restless legs.

The central theme around the development of restless legs in patients with IBS is that SIBO can lead to an inflammatory state – one that gives rise to autoimmune phenomena in which the peripheral and central nerves are specifically targeted. The resulting auto-reactive inflammation is suggested to then lead to nerve dysfunction and subsequently the sensorimotor symptoms seen in RLS.5 Weinstock proposed that SIBO could promote a chronic state of inflammation that would trigger an increase in hepcidin production.5 The resulting reduction in iron availability could affect motor pathways by lowering brain iron storage in multiple sensorimotor areas.

The findings of low iron have been confirmed through MRI studies evaluating relative iron concentrations in the substantia nigra as well as several other brain regions likely to be implicated in RLS.2 As iron is a key cofactor in the synthesis of dopamine, and patients with RLS often improve after treatment with dopamine agonists,14 dopamine appears to be a key neurotransmitter involved in the pathophysiology of restless legs. Other neurotransmitters, such as glutamate and serotonin, have been implicated as well.2 Finally, the microbiome has been shown to be an important regulator of neurotransmitter synthesis and in the disease process of several neurodegenerative diseases.15 Is it possible that the altered state of microbial balance in IBS could itself influence the cascade of neurological events leading up to the symptoms observed in restless legs? Future studies should explore this potential.

The respective current guidelines for RLS and IBS do not include screening for the presence of the other; however, in light of recent research, this may be something worth revising. This would present an opportunity for clinicians to provide a clinically relevant, non-invasive, and time-efficient screening, which could ultimately improve long-term patient outcomes in IBS sufferers.

Going forward, we need to bear in mind that disruptive sleep patterns can worsen bowel symptoms, which in turn may worsen restless legs; this can present as a significant obstacle to treatment. A careful patient history may help to clarify seemingly non-specific sleep disturbances in IBS patients to confirm the coexistence of RLS. Patients presenting with mild-to-moderate RLS may, in fact, not be fully aware that they are experiencing restless legs or may not be deemed clinically relevant by their primary care providers. On the contrary, care must also be taken to not overestimate the power of such clinical correlations, which could lead to unnecessary treatment and expenses for the patient.

As mentioned, rifaximin has recently emerged as a convenient and viable therapy for the long-term resolution of RLS in patients with IBS; however, naturopathic physicians who do not currently hold prescribing rights need not despair. Mixed herbal antimicrobial therapy has been shown to be equally effective as rifaximin in the treatment and resolution of SIBO.16 Berberine hydrochloride alone has also been shown to improve symptoms and quality of life in patients with IBS-D, thus represents an attractive treatment strategy with a minimal side-effect profile.17 Whether these alternative options would also relieve RLS symptoms remains to be seen; however, it would seem to be a reasonable strategy for RLS, along with the range of treatment modalities naturopathic physicians have at their disposal when patients present with IBS.

It is important for clinicians treating patients with longstanding restless legs to consider the potential role of suboptimal gastrointestinal health. Screening for IBS and SIBO should be prioritized in patients with digestive complaints, particularly those with chronic diarrheal symptoms. Future patient monitoring when both conditions are present will help lead to better patient outcomes in general. Naturopathic doctors are well positioned to approach and treat RLS and should consider the role of antimicrobial agents or other therapies that improve the gastrointestinal milieu as a productive integrative strategy in the management of restless legs syndrome. 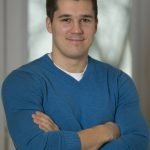 Andrew Hubbard, BSc, is currently studying in his 3rd year at CCNM in Toronto. He has a passion for researching, writing, and speaking on topics that include gastrointestinal, neurological and endocrine health. Andrew plans on opening an integrative clinic with a special interest in digestive wellness and is fascinated with designing future nutraceutical products. In between the classroom and the late-night PubMed searches, Andrew can usually be found sprinting out on the trails or at the gym re-inventing exercise to be more fun and enjoyable. 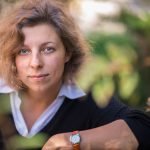 Maria Shapoval, ND, is a licensed naturopathic doctor and clinical trial coordinator at CCNM. Dr Shapoval’s previous work focused on Parkinson’s disease and exercise, circadian rhythms and women’s health and treatments for iron overdose. She actively engages in research and publication, and co-authored the chapter on neurology for the Textbook of Naturopathic Family Medicine and Integrative Primary Care. 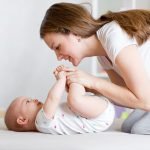 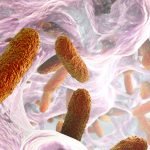 Biofilms: What Have We Learned from the Research?Gastrointestinal