How Sweet It Is: Homeopathy Can Help Stabilize Patients with Diabetes

One of my early professors in differential diagnosis passed along the truism that “to know diabetes is to know medicine.” At a social gathering, I met a researcher in diabetes who, in an annoyingly correct way, woke me up to the notion that diabetes is not necessarily one disease, but might represent a spectrum of illnesses culminating in the same sweet problem. This being said, as clinicians, our problem is a practical one: How can we help?

It is my experience that no matter what the angle of approach, the initial step (perhaps along with medication) is diet. This can be tough for those of us with a strong faith in homeopathy. We like to think all problems can be solved with a remedy. Diabetes is just one of those walls we run up against that shows us the primacy of lifestyle in allowing the body to heal. Hahnemann and Boenninghausen referred to the need to establish a good and regular regimen if remedies were to be most effective. Practitioners since then seem to ignore this advice with increasing frequency. A diet strongly based in green and brightly colored vegetables, legumes, protein, some fruit and a minimum of refined carbohydrate is preferred. Regular aerobic activity is good, and some muscle building helps improve the efficiency of insulin.

Still, once the groundwork has been laid, many people have great difficulty regulating their sugar levels (even with medication), and suffer symptoms or even secondary complications as a result. Here is where I have seen homeopathy do so much.

Consider the case of Harris. He presented in January 2000. Now 29 years old, he was diagnosed at age 8 with Type I diabetes. Generally an active and productive person, in the last two years he has noticed a drop in energy and feels frustrated with it, its consequences and resulting difficulties. Along with the lessened vitality, his wife reports a withdrawal and sullen attitude during times of more pronounced lows. His feet show skin dryness with desquamation and redness, yet they are always perspiring. Hands have a similar but less-intense condition. He is always too hot. Of late, sugar levels fluctuate broadly and ‘reactions’ are common at night, where he will wake with agitation and sweats.

Homeopathically speaking, the symptoms seem rather sparse. As expected, this means that prescriptions are less likely to be curative, but they might evoke a more defined picture.

I gave Sulphur, then Nat. Mur., both resulting in intensified skin eruptions and mood without any subsequent improvement or new guiding symptom. At this point, I strongly considered some single-malt anxiolytic as a self prescription.

Luckily, Harris got sick! It was a gloriously cold, wet Canadian March, and he came down with a rousing URTI and a wonderful symptom-rich fever. Especially characteristic was the behavior of his feet. They became quite a bit more sweaty, and yet, oddly enough, freezing cold at the same time. Calc. Carb. 1M was given. The acute resolved nicely, and some time later his wife noticed that his moods and energy seemed to be better, as well. Following this cue, the remedy was repeated any time the guiding symptoms of mood and energy seemed to plateau in improvement. Sugar levels quickly came under better control, and within another month, Harris’ skin was clearing nicely.

Hahnemann tells us to persist in giving the most indicated remedy, even when the indications are not all that specific. The strategy is that the vitality ultimately will lead us to a good remedy. Sometimes, the clue to resolving a chronic problem may lie in an acute disease that seems only incidental. It is also important to note that Harris was on his usual insulin through the course of homeopathic treatment. Patients who are Type I may or may not be able to reduce their insulin intake. Homeopathic treatment seems more to stabilize fluctuations and reduce secondary syndromes.

Joe Kellerstein graduated as a chiropractor in 1980 and as a naturopath in 1984. He graduated with a specialty in homeopathy from the Canadian Academy for Homeopathy, and subsequently lectured there for two years. He also lectured in homeopathy for several years at the Canadian College of Naturopathic Medicine; for eight years at the Toronto School of Homeopathic Medicine; for two years at the British Institute for Homeopathy; and for the past five years, he has lectured for his own post-grad course in homeopathy, Homeopathy by the Book (homeopathybythebook.com). Kellerstein’s mission is the exploration of natural medicine in a holistic context, especially homeopathy and facilitating the experience of healing in clients. 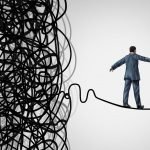 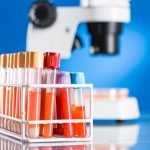