Up until now, we’ve been putting a heavy emphasis on supplementation with B vitamins, betaine, choline and other substrates and cofactors for methylation support. However, there are a number of other and perhaps unexpected ways in which we can balance methylation expression (both metabolically and genetically). This includes preventing hypermethylation of the epigenome.

Is too much methylation a real problem? Unfortunately, yes. Although for the last 10-15 years we have been focused on restoring methylation capacity where deficits exist, perhaps most successfully through the fortification of foods with folic acid (a measure that has significantly reduced the number of neural tube defects in newborns1), the reality is that abundant (and growing) research also indicates associations between inappropriate excessive methylation within the epigenome and various disease states.

Let’s take cancer as an example. Excessive methylation (termed “hypermethylation”) is commonly found in cancer cell lines.2 Specifically, hypermethylation appears in the promoter regions of cancer-protective tumor suppressor genes.3 Higher levels of methylation in promoter regions typically act to repress gene expression (turn the gene off), which is clearly undesirable for these genes. Dual roles are suspected for folate in the onset and progression of cancer; ie, folate protects against cancer initiation, but also potentially supports tumor growth where cancers are already established.4

Beyond cancer, research also tells us that disturbed epigenetic methylation patterns, including hypermethylation, have been found in other diseases including autoimmunity, allergy, and Down syndrome.5-12

There is no doubt that methylation deficiency is also a problem. Poor methylation status and folate deficits have been linked with a wide variety of conditions, including ADHD, autism, allergies, anxiety, diabetes, heart disease, insomnia, depression, and even aging.13-15 But the reality is that we don’t want to blindly push methylation too far. Instead, our goal should be that “sweet spot” of methylation balance, which we can best achieve by taking steps to enable the body to do the right thing at the right time.

This is where methylation “adaptogens” come in. We are all familiar with the concept of adaptogens as balancing agents, most commonly discussed in relation to hypothalamic-pituitary-adrenal (HPA) axis support. Of course, the adaptogen concept can be applied to any bodily system that is in homeodynamic balance, and methylation is no exception.

There are several dietary and lifestyle interventions that have been shown to have an adaptogenic effect on methylation, including active demethylation of areas of the epigenome that are aberrantly hypermethylated. In this article, we will shine a light on one of those adaptogens: exercise.

Homocysteine (Hcy) is one metabolic biomarker for methylation status, since one of its pathways of metabolism is the conversion of Hcy to methionine by either methionine synthase (requiring folate – as 5-methyl-THF – and vitamin B12) or betaine-homocysteine S-methyltransferase (BHMT) (supported by zinc, choline, and betaine). Elevated Hcy suggests methylation deficits.

However, it is important to tailor physical activity to each individual. Acute exercise has been associated with a temporary increase in Hcy levels,17 and this effect is exacerbated in untrained individuals or if methylation nutrient deficits are present (eg, low folate and/or vitamin B12).18 Gradual build-up of exercise tolerance via regular practice can shift the tolerance curve to the right and improve long-term homocysteine status.

Both acute and chronic exercise alter epigenetic methylation, directly influencing how our genes get expressed. Favorable global and site-specific increased and decreased methylation marks are possible with physical activity, illustrating its adaptogenic properties.19-21

For instance, aging itself is associated with a global depletion of DNA methylation. Regular activity over a lifetime (childhood, adolescence, and adulthood) can be partially protective of DNA methylation losses.22 For example, regular tai chi practice (at least 1 hour per week for 3 years or more) by females over age 50 has been shown to slow age-related methylation decline.23

On the other hand, regular exercise supports selective demethylation of specific gene promoter regions, which has the net effect of increasing their expression. In a study of breast cancer patients, a 6-month moderate-intensity aerobic exercise program was shown to reduce the promoter methylation of DNA suppressor genes.24 This favorable epigenetic shift allows for increased expression of those anti-cancer genes that have been associated with improved overall survival. In fact, demethylating agents are currently being researched and used in conventional cancer care,25 highlighting the importance of this biological activity.

Exercise is one way in which we can support patients with methylation imbalances, but it’s not the only factor we can consider. There is a broad range of methylation modifiers that are worthy of consideration , including food-based nutrients, dietary patterns, stress, sleep, detoxification, the microbiome, and mitochondria. In my practice, I also review and address potential sources of methyl donor drain that can deplete endogenous reserves. This kind of support is both effective and safe over the long term, since it is based on supporting healthy bodily processes rather than forcing reaction rates forward.26

A final note: I do use supplemental folate and other methylation-supportive nutrients in my practice as therapeutic probes, paying close attention to correlation with clinical symptoms. However, dietary and lifestyle practices play a tremendous role in supporting my patients that need methylation balancing, enabling me to keep supplement dosing lower and for shorter durations. These tools also allow us to support those patients who can’t tolerate the supplements – a scenario that many practitioners have encountered. Now we have effective tools to offer that group as well. 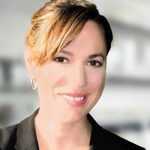 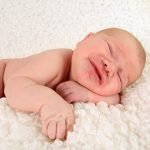 What’s All the Fuss About? A Naturopathic Approach to the Fussy BabyHomeopathy, Pediatrics 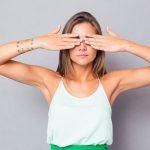