Berberine: Mechanisms of Action & Clinical Use as an Antidiabetic Agent

Type 2 diabetes is a growing problem: as of 2010, 25.8 million Americans had diabetes, with an additional 1.9 million new cases diagnosed in adults each year.1 If current trends continue, 1 in 3 adults in the United States will have diabetes by 2050. The disease involves a complex set of pathophysiological processes that impact insulin, glucose, and lipid metabolism. Multiple organ systems are affected in diabetes and may be damaged by the insulin resistance and hyperglycemia that characterize the disease. Lifestyle modifications and pharmaceuticals are first-line treatments for diabetes; however, for patients seeking alternatives to these interventions, or for those who need additional support, botanical medicines are available as safe and effective options. Berberine – an isoquinolone alkaloid found in the root and stem bark of numerous plant species, including Hydrastis canadensis, Mahonia aquifolium, and Coptis chinensis – affects a variety of diabetes-related processes and targets, making this compound a promising candidate for treating complex conditions like diabetes.

Berberine is well known for its antimicrobial effects, and research has confirmed both its bacteriostatic and bactericidal activities.2-4 Berberine-containing plants are used to treat bacterial diarrhea, intestinal parasites, and pharyngitis.3 It has also been investigated in numerous trials for its antioxidant, antiproliferative, and anti-inflammatory properties.5 One-third of the literature surrounding this compound has been published in the past 5 years, and it is currently being studied as a treatment for conditions ranging from cancer and multi-drug resistant infections, to metabolic syndrome and diabetes.4,5

Coptis chinensis, a berberine-containing plant, has been used in Chinese medicine to treat diabetes for centuries. In 1988, Chinese researchers observed a hypoglycemic effect when using berberine to treat diarrhea in diabetic patients.6 Trials investigating the efficacy and safety of the compound were initiated, and researchers around the world are now investigating the mechanisms of berberine’s antidiabetic effects, clinical efficacy, and safety. Results of these studies suggest that numerous mechanisms – including induction of insulin secretion, increase in insulin sensitivity, regulation of dyslipidemia, and the compound’s antioxidant and anti-inflammatory properties – could all play a role in its antidiabetic effect.5,7

Evidence suggests that one antidiabetic action of berberine is mediated by its effects on glucose and lipid metabolic pathways. Berberine activates adenosine monophosphate (AMP)-activated protein kinase, an enzyme involved in metabolic processes affecting glucose and lipids, including insulin-regulated GLUT4 transporters. When these pathways are down-regulated by excess glucose (as in diabetes), hyperglycemia, lipid dysregulation, and energy imbalances occur.4 Research suggests that increased GLUT4 production or translocation to the cell membrane increases glucose uptake and decreases blood glucose.8

In addition to upregulating GLUT4 transporters by stimulating AMP-activated protein kinase, the upregulation of an insulin-insensitive transporter could be especially beneficial for managing diabetes, due to the issues with insulin sensitivity associated with the condition. Upregulation of GLUT1 – an insulin-insensitive glucose transporter – has also been implicated as a possible mechanism-of-action for berberine’s antidiabetic effects. A 2011 study using murine L929 fibroblast cells, which only express GLUT1 transporters, found significant transporter activation within 5 minutes of applying berberine.9 Based on this evidence, it is possible that some of the hypoglycemic effects of berberine can be attributed to increased GLUT1 activation.

Type 2 diabetes is associated with changes in the microbiota of the gut. In individuals with type 2 diabetes, researchers have found a significant reduction in Firmicutes and Clostridia species and an abundance of Bacteroidetes and Betaproteobacteria.10,11 Microbiota modulation using probiotics has been confirmed as an effective target against diabetes in several recent studies using animal models. In these studies, mice were given probiotics or a fermented milk product and demonstrated an increase in both insulin sensitivity and glucose tolerance.10,12,13 Conventional antibiotics such as ampicillin have also been studied as a means of modulating intestinal microbiota.10 In a 2008 murine study, lipopolysaccharide (LPS), an endotoxin produced by gram-negative bacteria in the gut and which has been shown to play a role in insulin resistance, was measured after administration of norfloxacin and ampicillin.14 After treatment with the antibiotics, the mice demonstrated decreased LPS levels, as well as increased glucose tolerance and improved fasting glucose, suggesting an association between microbiota modulation and glucose metabolism.14

Based on the documented antimicrobial effects of berberine, a 2010 Chinese study proposed that gut microbiota modulation may be one of the mechanisms-of-action for berberine’s antidiabetic effects.10 A 2012 study showed significant differences in the microbiota composition of rats in both high-fat and normal-diet groups after treatment with berberine.15 Unlike conventional antibiotics, berberine is poorly absorbed in the gastrointestinal tract. This is most likely due to a P-glycoprotein-mediated extrusion process and excretion in bile, which decreases the amount of berberine absorbed by enterocytes by 90%.3 Berberine is therefore thought to act topically in the intestines by interfering with adhesion of bacteria to epithelial cells and inhibiting overgrowth of pathogenic organisms without affecting indigenous microbes.16

In addition to direct effects on insulin, blood glucose levels, and the gut microbiome, berberine has been shown to have antioxidant and anti-inflammatory effects, both of which are beneficial in managing diabetes. Research suggests that increased inflammatory processes are involved in the pathogenesis of numerous conditions, including obesity, lipid dysregulation, and insulin resistance, all of which are inherently linked to type 2 diabetes.17

A recent review found that the majority of in-vitro and animal-model studies of berberine showed decreases in oxidative stress markers, as well as increases in antioxidant compounds such as glutathione, superoxide dismutase, and glutathione peroxidase, all of which scavenge free radicals and reduce oxidative stress.18 In-vitro studies indicate that berberine has a direct effect on cellular ability to resist the damaging effects of hydrogen peroxide, a reactive oxygen species.5 Cells treated with berberine showed increased viability, nitric oxide production, and superoxide dismutase activity, effectively decreasing the amount of damage cells undergo during exposure to hydrogen peroxide.5

Berberine has been shown to decrease proinflammatory responses in numerous cells, including adipocytes and macrophages. The anti-inflammatory effects on macrophages are thought to be due to berberine’s stimulation of AMP-activated protein kinase.17 Additionally, berberine demonstrated a significant reduction of proinflammatory cytokines and acute-phase proteins in both in-vitro and in-vivo models.19 Since diabetes is now understood to be a chronic, low-grade inflammatory disease, reducing oxidative stress or inflammation may help mediate the negative impacts of the condition.7

Clinical trials assessing the efficacy and safety of berberine have provided evidence for its use as an antidiabetic agent. In a 2007 study, 36 participants with type 2 diabetes mellitus were randomized to receive either berberine hydrochloride or metformin, 0.5 g TID.6 Significant decreases in glycosylated hemoglobin, fasting and postprandial blood glucose, and plasma triglycerides were observed in the berberine group, and the hypoglycemic effect of berberine was reported as being similar to metformin.6

A 2012 systematic review and meta-analysis, which involved 1068 patients in 14 randomized trials focusing on berberine as an antidiabetic agent, found that berberine lowered postprandial glucose and glycosylated hemoglobin.7 Additionally, the review found that berberine was effective at reducing LDL-cholesterol and triglycerides, both of which are often elevated in diabetes and metabolic syndrome.7 Compared to conventional oral hypoglycemics such as metformin, berberine demonstrated comparable efficacy while remaining generally safe with few side effects.7

Berberine can affect numerous targets involved in the pathophysiology of diabetes. Upregulation of GLUT4 transporters via activation of AMP-activated protein kinase, modulation of gut microbiota, and anti-inflammatory and antioxidant effects improve insulin sensitivity and glucose tolerance and mitigate the damaging effects of hyperglycemia. Clinically, berberine has been shown to be both effective and safe as an antidiabetic agent, when used as either a primary or adjunctive treatment. While these results are promising, further research on the long-term efficacy and safety of berberine is needed to establish this compound as a first-line treatment against diabetes. 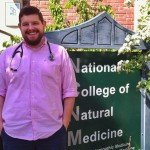 Joshua Corn is a 4th-year student at NCNM in Portland, OR, where he is completing both a doctorate in Naturopathic Medicine and a Master of Science in Integrative Medicine Research. He graduated from the University of North Carolina – Chapel Hill, with a focus on international studies and population geography. He is currently investigating the antimicrobial and immunomodulatory effects of common herbs and is interested in exploring the use of botanical medicine in public health interventions for underserved populations. 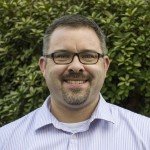 Andrew Erlandsen, ND, earned his Doctor of Naturopathic Medicine from NCNM in Portland, OR. He is the Chair of the Master of Science in Nutrition (MScN) program at NCNM. As an assistant professor, Dr Erlandsen teaches a variety of courses in nutrition, courses in clinical research, and mentors students on their thesis projects. He is also a research investigator on various nutrition-related clinical trials at NCNM’s Helfgott Research Institute. In addition, Dr Erlandsen works with the Food As Medicine Everyday (FAME) program at NCNM – a community-based nutrition education and hands-on cooking series of 12 workshops that are free to the public. The mission of the FAME program is to reduce chronic disease and morbidity associated with childhood obesity by empowering children, families, and communities through education. 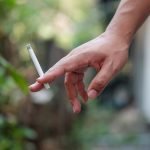 Tobacco Smoking: Impacts on Health and Tips for CessationMen's Health 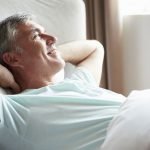