Lateral Epicondylosis is a common malady that may affect 10-50% of regular tennis players. This condition continues to be called tennis elbow even though this population makes up only 5% of sufferers. It is commonly called lateral epicondylitis (ICD-9 726.32) even though histological studies confirm that there is no classic inflammatory process occurring in the tendon tissue. Microscopic tears from repetitive or acute forces persist, continuing to remain injured and unable to return to normal, resilient tendon tissue. This is called angiofibroblastic degeneration or tendonosis. Chronic pain and disability may follow inappropriate oral and injection therapy regimens that seek to block the cellular repair mechanisms originating in the injured tissue. The earliest reference to RIT of tennis elbow was noted by Renton in 1830, who described the treatment of chronic lateral elbow pain by inserting needles into the brachioradialis muscle. With proper naturopathic medical intervention, the chronic pain and dysfunction of epicondylosis will be eliminated. A comprehensive protocol designed to promote a healing response to the injury will ensure relief once an accurate clinical picture is obtained.

The epicondylosis patient describes a sharp, achy or burning pain in the outer elbow and notices that rubbing the boney knob opposite the funny bone is not funny. Patients will report acute pain after such repetitive motions as from scouring pots to using a hammer. The pain may also start a day or two after the activity, exacerbated by grabbing and lifting things that may sometimes cause sudden painful twinges of the extensor musculature. Patients complain of discomfort after playing tennis, golf or other sports that involve swinging or throwing or reveal a history performing occupational activities involving swinging of tools. Also note previous injuries to elbow and medical treatment performed.

Palpation may reveal pain from the common extensor tendon attachment at the humerus fibroosseous junction to the tendon-muscular border. With the patient in a seated position with a clenched fist, the examiner resists the patient’s attempt at extension of the fist. While providing resistance, the doctor’s other hand palpates the tendon attachment and the lateral posterior muscles approximately half way between the hand and the elbow. Note myospasms, triggerpoints, areas of tenderness or pain reproduction until the entire musculature has been palpated from to the bony attachment to the muscle bellies of the extensor carpi radialis brevis, extensor digitorum, extensor digiti minimi, extensor carpi ulnaris, supinator and anconeus muscle as they all have involvement at some part of the epicondyle. Palpation of elbow ligaments should also be performed to rule out chronic occult sprains.

Cozen’s test is performed by having the patient tightly clench the fist, pronate the forearm, radially deviate, and dorsiflex the wrist. The examiner then applies an opposing force while the patient attempts to hold the wrist’s position still.

Mill’s test is positive when the patient clenches the fist, fully extends the elbow, then maximally pronates the forearm and experiences pain.

MRI may reveal areas of increased signal intensities within tendon. Normally, the tendon attachment appears as black, which is explained by the lack of hydration in the dense tendon fibers. MRI may also detect torn lateral ulnar collateral ligaments that may occur with common flexor tendon pathology. Edema may also be present pararticularly. A 3-view plain film of the elbow may also be helpful to visualize discreet periosteal or trabecular changes.

Fracture of the radial head must always be ruled out in patients presenting with traumatic lateral elbow pain. A characteristic “sail sign” or “fat pad sign” appears on a radiograph due to edema accumulating in the soft tissue around the fracture site. This type of fracture may not be visible for the first week after the trauma. Occult fractures may develop into chronic lingering pain and dysfunction.

Osteochondritis dissecans must be ruled out in the young athelete that has repeated valgus stress on the elbow engaging in repetitive impaction of the capitellum, as a dramatic increase of the incidence of arthritis of the elbow occurs if it is not corrected. It often manifests cystic appearances within the capitellum T1-weighted coronal MR image. The radiograph of this condition reveals a lytic and blastic cyst-like appearance in the lateral and distal-most aspect of the lateral humerus.

The most conservative treatment methods that may restore early tendonitis is by applying frictional massage to affected areas, and / or a dry-needling technique utilizing an acupuncture or hypodermic needle. Both will mildly stimulate fibroblastic activity with careful needle manipulation. Offending activities needs to be arrested and a therapeutic exercise regime unique to each case involves strengthening the flexor / extensor musculature of the forearm. Strengthening the arm flexors and extensors should also be encouraged. It is of primary importance to locate the origin of the pathology from the fibro-osseous junction on the humerus through to the muscle belly, as treatment should coincide with pathology location.

The patient is placed in a supine position with the elbow flexed and the patient holding treated-side hand in pronation. GB 34 and auricular elbow point is needled prior to treatment.1cc of 2% preservative-free lidocaine or procaine is drawn into a two-piece 3cc syringe. A 25g butterfly is then affixed to the syringe to withdrawal 2cc of blood from the dorsum of the hand. After lightly tilting the syringe back and forth, a 25 gauge needle replaces the butterfly for tendon infiltration. The most tender osseous attachments found upon palpation is needled first, with the physician’s non-injecting hand pinching around the lesion to minimize skin to bone distance. The needle is advanced along the direction of the humerus into the lateral epicondlye, under the extensor carpi radialis brevis until bone strike. The autologous blood is then used to infiltrate the entire tender fibrosseous attachment. The needle is manipulated without withdrawing to avoid multiple punctures and can be threaded along the affected tendon fibers. Local microcurrent may be applied over the treated area to reduce pain and apprehension after the injection.

Post-treatment rehabilitation includes strengthening the wrist flexors and extensors by utilizing isotonic free-weight barbell exercises. The correct position involves the forearms resting on a padded bench, hands grasping the barbell with the wrist just off the bench to allow extension or flexion. The patient should perform 5 sets of 8-10 repetitions in both flexion and extension. Weight should be added until the 8th to 10th repetition becomes very difficult. This exercise is used twice a week. Epicondylosis brought on by unmodifiable sport or work activity also requires isotonic strength training of the shoulders and upper arm. The patient may be treated every 4 to 8 weeks until pain is diminished. Further work-up or evaluation of injection technique is needed if the patient is unresponsive after 3 treatments.

Home therapeutic massage can be performed after applying moist heat to the elbow for 10 minutes. The opposite thumb or blunt object can be moved along direct of the extensor muscle fibers. Application of castor oil or capsicum cream over the affected area may facilitate the treatment. A supplement prescription to aid healing includes protease enzymes, colostrum, raw black sesame tahini, and ginseng.

The earliest reference to RIT of tennis elbow was noted by Renton in 1830, who described the treatment of chronic lateral elbow pain by inserting needles into the brachioradialis muscle.

David A. Tallman, DC, NMD, studied at the Ohio State University for his undergraduate education. He then attended Texas Chiropractic College in Pasadena, Texas, where he received a Doctorate of Chiropractic with an internship focus on orthopedics and radiology. He earned a Doctorate of Naturopathic Medicine at Southwest college of Naturopathic Medicine in Tempe, Arizona. Dr. Tallman is in private practice in Scottsdale, Arizona where he treats orthopedic and rheumatological conditions. He may be reached at info@DrTallman.com. 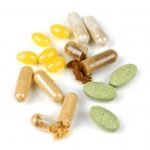 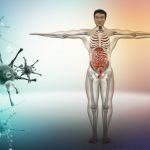