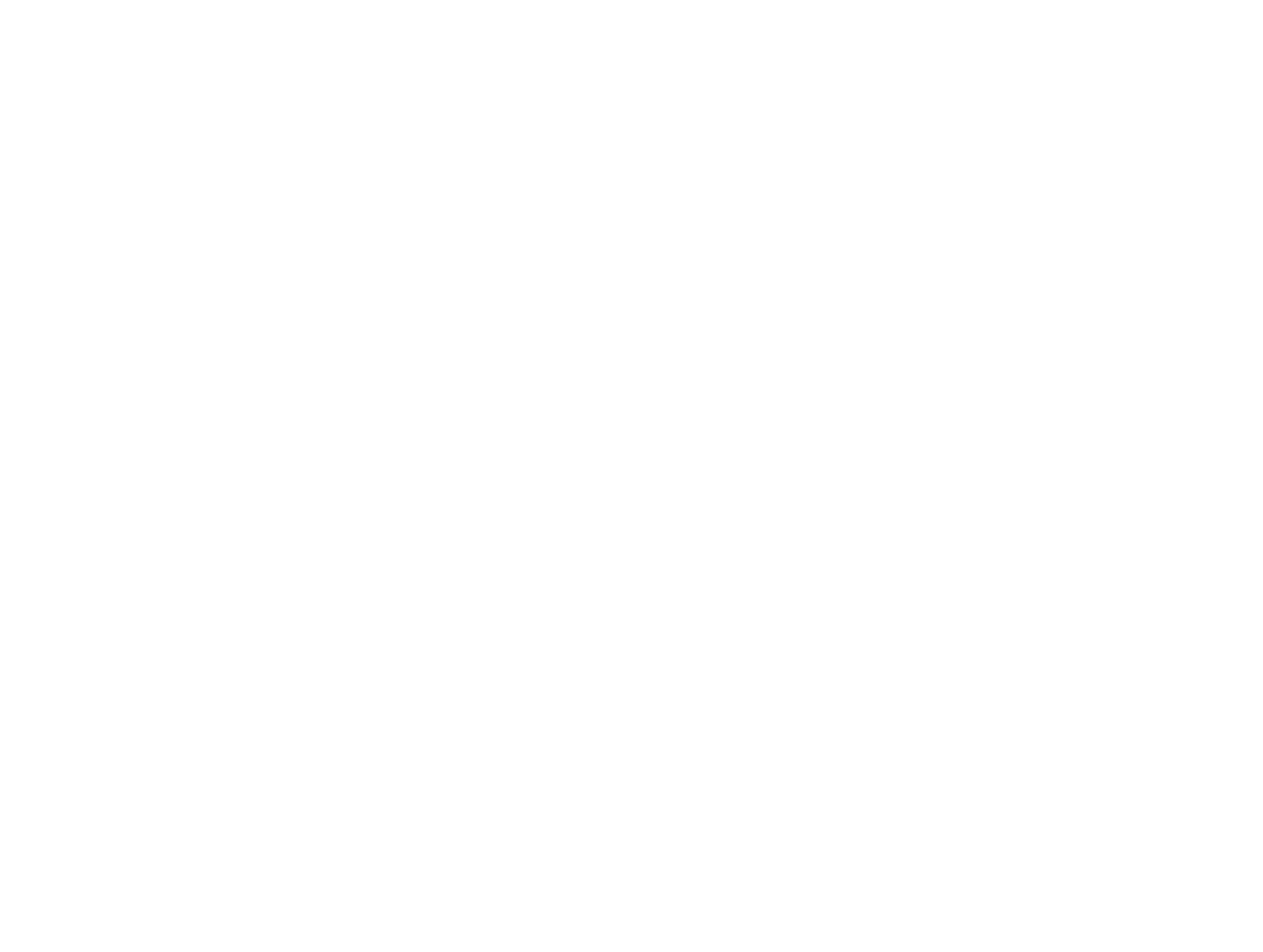 An Unusual Remedy for an Unusual Boy: A Case of PDD-NOS

Comments: The father, who sought me out, was very excited about homeopathic treatment. The mother, however, was very skeptical.

This patient often had impressive symptomatic relief from several remedies he was given. Yet, various remedies would often improve one or two symptoms, only to worsen or create another symptom.

The Rx that has deeply helped this child is uncommon. For a variety of reasons, I didn’t find this remedy for this child until November of 2005.

Since the simillimum, virtually all symptoms have been gone and he has needed very little supportive dosing. As of the most recent follow-up (July 2006), even his mother happily admits that he has no autistic symptoms left.

S: I had gestational diabetes during the pregnancy. He was born C-section. During early stages of breastfeeding, at 3 months, he suddenly refused drinking it, totally turned his head. I had to switch to formula. Before 18 months, he had bowed legs. He walked early—8 or 9 months. He used to sweat on his head so much, usually during sleep. You could feel the wetness on the sheets.

He was okay initially. He was 11 lbs 16 oz when born. Before vaccination he was speaking some words, after vaccination at 18 months, the words stopped. We took him to a pediatrician who diagnosed him with PDD-NOS.

Colds are a major concern; he gets them every six or eight weeks like clockwork. He frequently gets ear infections with the colds—he had one this morning at 3 a.m.

Upon examination: Right ear, external redness, fluid visible, tender to touch. He seemed to get more colds since day care. He seems to have fluid in his ear a lot.

Forming sentences is not easy for him. He wants to know everything that he sees, but is unable to form sentences.

Example? “Frederic wants water.” He never says “I.” He doesn’t understand pronouns. He can’t have a conversation; he only speaks in awkward two- or three-word sentences. He also can’t speak in past or present tense. He doesn’t understand choice, like yes or no. He’ll pick both. If someone says good-bye, and he doesn’t want them to leave, he’ll say “no bye bye.”

He repeats words with no context. Like once I told him about a bulldozer. Then later all of a sudden, he repeats “bulldozer” over and over. Or when you ask him what he wants, he just repeats, “what do you want?”

He is not potty trained yet. In day care, uses the toilet for pee, but not for stool. At home he doesn’t like to go even for pee. When he has to pass stool, he’ll move away and pass stool in the diaper. Afterwards he’ll say “mommy clean it,” or he just ignores it. His constipation is worse without fruit. His stools become very hard. Almost every day he finds it very hard to push the stool out, even if not constipated. When he is straining for stool, he is always standing—it’s always a strain. Sometimes while trying to get it out, he will shriek and cry.

Any GI problems? Once in a while he’ll vomit. Sometimes if he has a cold, he will cough, and with the cough he may vomit the food. He has a habit of not biting foods; he will try to swallow food, and then wants to cough it out. All his food then comes out with the cough. Whenever you give him food that needs to be chewed, he won’t chew it, just swallows it whole. Or he may awkwardly chew for a few seconds, and then swallow. He has been that way since he began eating.

Lately he wants to come and bite or lick someone’s leg. He’ll try to pinch on your toe. Or puts his mouth to someone’s toe, tries to lick. He does it over and over—like it is fun. When he is alone, he gets so upset and shouts and cries for mommy.

How is he around getting attention? He wants attention always. If I’m talking to his father, he will interfere with me speaking to other family members. He is very possessive of my attention.
How does he relate to other kids? He plays alone mostly.
How is he with animals? He likes them.
How is he around bugs? He watches them from far away. He’s comfortable with animals in general. He is constipated, not very regular. Sometimes he goes without stools for 10 or 15 days.

Sometimes he’ll come and jump on you and really hurt you. He’ll repeatedly jump and fall on us. If he doesn’t get our attention, he can get violent. He’ll call us, and if we don’t respond, he’ll jump on us. During sleep, he has saliva coming from his mouth. It is on the pillow.

This patient got Calc sil, Calc phos, and a remedy called Sanicula aqua in the first months. These remedies helped his stool issues and helped him become independent from his mother. However, some of his violent behaviors became more pronounced. After Ipecac, he began to spit at people and hit them with a big grin on his face. Several other remedies were used, and though there would be symptomatic changes, there would always be a few symptoms that suggested the Rx was not yet precise. For example, the following symptoms became pronounced: whispering to himself day and night, holding his penis obsessively, and making strange grimaces and laughter. Vomiting after eating worsened. In addition, his violent behaviors would wax and wane as different remedies were tried.

In September of 2005, a new symptom developed. He began to promptly vomit every morning whenever his mother would try to brush his teeth. I looked at the symptoms of vomiting after brushing the teeth, spitting behaviors, and constipation difficulties. The Rx that came to the fore was Coccus cacti (a small parasite that lives on cacti). At the time, I was successfully treating another patient in his family with an insect remedy. Clinically it is common for some family members to require remedies in a similar group—in this case, insects. This observation along with the peculiar symptoms encouraged me to trial Coccus cacti.

He was given Coccus cacti in lower potencies and in January 2006 was given a single dose of 200c. I didn’t see him again until July 2006. At the July follow-up the parents told me all the contrary behaviors, vomiting from brushing teeth, obsessive traits, and odd behaviors were gone. He also was beginning to play with his peers, though still a bit shy. In addition, all baseline symptoms had resolved upon review. His mother proudly stated that all his autistic symptoms were gone. She had also used the Coccus cacti to rapidly cure a cold Frederic had in the spring. In addition, the parents noted it has been two years without any ear infections.

What is particularly encouraging about this case is that it enabled me to help another recent nine-year-old boy with Asperger’s syndrome. This boy was violent, very contrary, and would make odd vocal noises. He was also sensitive to heat and had some odd spitting and vomiting behaviors like Frederic. He was quick to learn to walk, yet late at potty training, with chronic constipation difficulties. He also had very limited friends, because of antisocial behaviors. He too was given Coccus cacti with immediate dramatic results.

The results of treating children and adults in the autistic spectrum have been very encouraging. Homeopathy is one of the most successful with this population as it acts at such a deep level. It often resolves all baseline symptoms, holds for many years, and requires little maintenance. In addition, treatment helps patients overcome chronic infections while addressing the complex psychological and developmental issues of the autistic spectrum. 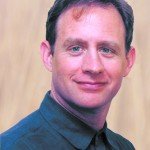 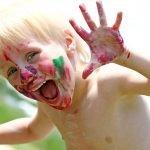 The case of Scott: Addressing the Underlying Causes of ADHDAnxiety/Depression/Mental Health, Mind/Body, Pediatrics 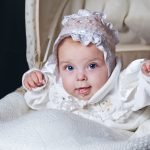