Ishayas’ Ascension is an ancient meditative tradition from the Himalayas, not a religion or a New Age technique. Ishaya is a Sanskrit word meaning “for expanded consciousness.” It is experience based, surpasses all inspirational concepts, and is a tool that allows patients to easily and effortlessly reduce stress in the moment. It starts with mindfulness then goes way beyond. By simply replacing the incessant chatter of the mind with one new thought, the mind rises above its limiting beliefs to a freer experience of life. I am not talking about an affirmation. This “new thought” is a statement of pure truth resonating with the Healing Power of Nature effortlessly drawing your awareness there. It is called an Ishayas’ Ascension Attitude simply because it shifts your attitude toward life in the moment. And then with continued practice life begins to be lived solely in the moment engaging that Healing Power.

It was my personal experience using the Ishayas’ Ascension that propelled me to hand my practice over to another doctor for six months in order to attend the teacher training. Simply put, I have found there is nothing more easy and effective for remembering our true state where perfect health originates—for accessing the Healing Power of Nature. I recommend the Ishayas’ Ascension to all my patients who I sense are open to it, emphatically to the ones where stress is running their lives. The most common diagnoses I recommend this for are insomnia, hypertension, depression, anxiety, and everything that falls under the category of adrenal burnout (hormonal imbalance).

To learn the Ishayas’ Ascension Attitudes, a 12-hour class either over a weekend or for four evenings is required. It is an oral tradition, and the class combines information with guided practice. After completing the class, students are invited to weekly meetings involving meditation and discussion. A big part of my job as a teacher is assuring students that they are doing it right because it is deceptively simple and easy.

The Attitudes are to be used with eyes closed two to three times a day for 20 minutes each as a meditation. The Attitudes are also to be used during the day with eyes open whenever it comes to mind. The closed-eye practice drains accumulated stress from the system, and the open-eye practice prevents stress from being added. For those who perceive life as too busy for this, the good news is even that experience changes as life becomes more efficient and the practice so attractive that it becomes easy to devote a total of an hour a day to closed-eye meditation.

Because the techniques are “mechanical,” no particular feeling has to be conjured up or the Attitude believed in order to use them. They just work. I assure everyone that after six weeks of regular practice he or she will notice changes. Most notice a difference immediately, like deeper sleep and more relaxation, but for some the changes may be so subtle at first that it takes looking back after several weeks to see what has changed.

The Ishayas’ Ascension emphasizes gentleness, naturalness, and ease. If you have ever sat down to meditate and found yourself agitated and fighting with the thoughts in your mind, you know how unproductive that is. I teach changing your relationship to thoughts, not trying to clear the thoughts from your mind, because that is futile. The mind does tend to settle down, however, with the Ascension Attitudes. Also, the experience constantly changes, so one session cannot be expected to be the same as the last. It is the natural tendency of the mind to see greater pleasure, and it is satisfied with where the Ascension Attitudes lead it. It is the natural tendency of the body to heal itself, and resting in the source of perfect health, the Healing Power of Nature, allows it to do just that.

The Centers for Disease Control and Prevention determined through a survey that 8% of adults in the United States now practice meditation in one form or another. Meditation goes directly to the heart of naturopathic medicine in allowing us to access the healing power of nature. There is much healing potential yet to be realized through the use of meditation in naturopathic practice.

As such, meditation has relevance for both the doctor and the patient. The common denominator is the ubiquitous “stress” and its cascade of consequences. Even AMA doctors applied meditation-based stress release techniques and found reduced psychological distress, including depression, and increased empathy in medical students, even at exam times (Shapiro et al., 1998).

During meditation, the expanded mind experiences a fourth state of consciousness distinct physiologically and experientially from waking, sleeping, and dreaming (Travis et al., 2004). It is hypometabolic, but with heightened alertness. To characterize it as a “suppression of cortico-striatal glutamatergic transmission” with “changes in anterior cingulate cortex and dorsolateral prefrontal areas” sounds abstruse (Kjaer et al., 2002; Cahn and Polich, 2006). The bottom line is there are short- and long-term neural changes with meditation (Lutz et al., 2004). That translates to a change in experience of life, not only in the closed-eye meditative state, but a change which extends through the rest of the day and night. Waking life begins to flow with ease, sleep is deeper and more restful, and dreams become lucid.

That the practice of meditation activates neural structures involved in attention and control of the autonomic nervous system is exciting for physicians dealing with the impact on the physical level of stress in life (Lazar et al., 2000). USA Today reports that “up to 90 percent of the doctor visits in the United States may be caused by a stress-related illness” (Fackelmann, 2005).

Most meditation practices arose from a religious or spiritual context, whether Eastern or Western. Eugene Taylor does a great job of reviewing in detail the history of meditation in the United States, which is the story of putting meditation in a clinical setting. This is written in the Institute of Noetic Sciences’ publication The Physical and Psychological Effects of Meditation. In fact, that book is the definitive collection of research on meditation from 1931 through 1996. I will summarize those trends and highlight research in the 10 years since.

Some of the first, and certainly the most prolific, research on meditation is on Transcendental Meditation (TM) and the TM-Sidhi program. This is a specific program taught by Maharishi Mahesh Yogi based in Vedantic meditation from India and tailored for the Westerner. Practitioners repeat a silent mantra, a word or phrase, with the goal of quieting, and eventually transcending, the ordinary stream of thoughts running through the mind. Five volumes of research published under the title Scientific Research on Maharishi’s Transcendental Meditation and TM-Sidhi Program: Collected Papers document the results. First, the research was directed toward medical conditions such as cardiovascular disease and asthma. Then it branched out into psychological areas such as self-esteem and self-actualization. Then hormones, neurotransmitters, and other markers available in blood showing effects on the brain and hypothalamic-pituitary axis were included in study (Murphy and Donovan, 1997).

Another rich source of meditation research is from mindfulness-based stress reduction (MBSR) developed by Jon Kabat-Zinn. This technique is simply observing without judgment whatever arises in the mind: thoughts, emotions, sensations, perceptions, and letting them go. His program combines Vipassana, a kind of Buddhist meditation, and Zen practices with Hatha yoga. He is associated with the University of Massachusetts Medical Center in Worcester. He has summarized his work in the popular books Full Catastrophe Living and Wherever You Go, There You Are. Published studies include everything from hypertension and heart disease, to cancer, chronic pain, headaches, and AIDS (Murphy and Donovan, 1997).

A turning point in mind-body medicine came with Candice Pert and the information revealed in her book Molecules of Emotion. In her research lab, this PhD linked the objective and subjective with her proof that physiology and emotions are inseparable. Over the years, she found that peptides act as signaling molecules in the brain, but also that white blood cells, bone marrow cells, and yes, even cells in endocrine organs have receptors for these peptides (Pert, 1997). The implication is that what goes on in the mind affects the physical health of the whole body, starting with the brain, endocrine, and immune systems. Hence, the word psychoneuroimmunology (PNI) and a new field of research based on neuropeptides and their receptors was established.

MBSR studies show improvement in the quality of life of cancer patients, specifically in reduction of sleep disturbance, and a reduction in stress, mood disturbance, and fatigue (Smith et al., 2005). It is also a simple intervention to improve the quality of life in individuals who have suffered traumatic brain injuries and to alleviate suffering associated with physical, psychosomatic, and psychiatric disorders (Bedard et al., 2003; Grossman et al., 2004). It may be used as an adjunct to individual psychotherapy with a significant decrease in psychological distress (Weiss et al., 2005).

Continued use of meditation is particularly effective as a beneficial treatment for IBS in both the short- and long term (Keefer and Blanchard, 2002). Meditation may prove a helpful maintenance therapy for depression and may contribute to the broad therapeutic efficacy of antidepressants (Bitner et al., 2003). A group-workshop format with suicide survivors incorporating relaxation and mindfulness meditation, with the addition of guided meditation in search of inner wisdom, reported a significant positive experience including connection to knowledge that was highly relevant to them in their current state of life (Birnbaum and Birnbaum, 2004).

In doing research for this article, I was struck with the overwhelming amount of positive studies showing significant effects on health through meditation using various techniques. Few studies were inconclusive, and none showed detrimental effects. I am reminded of my oath to “first, do no harm.” Meditation allows powerful healing with the only “side effect” being fulfilled human potential. My personal experience demonstrates that the Ishayas’ Ascension is the cream of the crop.

Birnbaum L, Birnbaum A: In search of inner wisdom: guided mindfulness meditation in the context of suicide, ScientificWorldJournal 4:216-27, 2004.

Fackelmann K: Stress can ravage the body, unless the mind says no, USA Today Mar 21, 2005.

Pert C: Molecules of Emotion: Why You Feel the Way You Feel, New York, 1997, Scribner.

Wise A: Awakening the Mind: A Guide to Mastering the Power of Your Brain Waves, 2002, Tarcher/Putnam, pp 30-1.

Cheryl Kasdorf, ND maintains a private practice in Cottonwood, Arizona. Her specialties include homeopathy and Unda drainage, bodywork including Bowen and craniosacral techniques, and lifestyle counseling including weight management. Her passion is to assist others in activating the healing process with the least amount of outer resources and the most inner resources. To that end, she has been certified to teach the Ishayas’ Ascension, effortless mechanical techniques to access the Healing Power of Nature. She finds these techniques are the easiest, most effective, and most natural method of meditation. 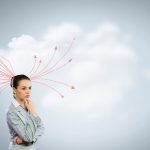 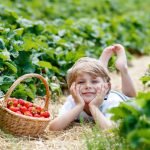