Face it, frustration happens, and for many people it is happening more often and more intensely. Not only are the demands and hectic pace of everyday life a constant cause for frustration, but we are also constantly reminded of how toxic our environment is and what we should not do, eat, say, and so forth. For patients who are facing lifestyle changes or the effects of a serious or chronic disease, how they manage frustration can be a primary factor that determines whether or not they achieve health.

Frustration is defined as a state that sets in when a goal-oriented act is delayed or thwarted. It is a feeling of dissatisfaction resulting from unfulfilled needs or unresolved problems. The closer you are to a goal, the greater are the excitement and expectation of the pleasure and the more frustrated you get by being held back. For some, frustrating situations can be motivating and stimulate the need for change; for others. they can result in feelings of powerlessness, depression, and anxiety. Dealing with frustrating situations can be beneficial because it can drive new learning and new skills.1 Also, how a patient handles frustration is a good predictor of compliance with therapeutic regimens.

Development of Frustration Tolerance
Emotional regulation is defined as “the extrinsic and intrinsic processes responsible for monitoring, evaluating, and modifying emotional reactions, especially their intensive and temporal features to accomplish one’s goals.”2 Starting in late infancy, children develop the capacity to self-regulate their emotions, particularly their negative emotions. By adolescence, there are already default reactions to frustrating situations. The primary intrinsic factor is temperament; extrinsic factors include parental style and the influence of other people and situations.1 Humans, and other mammals, are creatures of routine and habit and show a consistent tendency to stick with their default behaviors.3,4

There are several theories that attempt to describe the effect of frustration and to predict how a person will respond. Herein, I will discuss a few of them and illustrate how the view of frustration tolerance has emerged over time.
Self-determination Theory
How individuals handle stressful situations is accounted for by their expectations of control and their involvement in finding a solution.5 In self-determination theory, the regulation of human behavior is described with respect to intentionality and consists of the following 3 different types of behavior6:

General Causality Orientations Scale
For both children and adults, the ability to handle frustration seems to depend on the balance between the degree of frustration and the motivators to sustain involvement in the task at hand.8 The factors at play include autonomy, competence, and relatedness. In 1985, the General Causality Orientations Scale6 was promulgated to assess the strength of these 3 different motivational orientations. The strength of a person’s causality orientation explains the variance in his or her behaviors, cognitions, and effects. This scale is a self-report questionnaire composed of 12 vignettes. The questionnaire is available online (www.psych.rochester.edu/SDT/measures/GCOS_12.php).

Rational Emotive Behavior Therapy
Rational emotive behavior therapy proposes that dysfunctional (irrational) beliefs are central to emotional and behavioral problems. These beliefs can be grouped in 2 categories. The first category involves intolerance of frustration; the second category involves evaluation of self-worth based on meeting certain absolute conditions.9 Both lack of self-worth and intolerance of frustration are related to procrastination, task aversion, and fear of failure. Beliefs about intolerance of frustration are associated with problems of self-control and were hypothesized as having the most important roles in procrastination and in depression.10

The Frustration-Discomfort Scale provides additional insights in that it indicates that anxiety can be motivating for some people and that irrational beliefs do not always lead to disturbance and in some situations may improve performance. It also suggests that procrastination is common and not always problematic: “In general, there has been a tendency for cognitive approaches to focus on self-worth rather than frustration intolerance beliefs. This may reflect the greater salience and accessibility of beliefs referring to self-worth, or the expectation that these are more meaningful. However, the present study suggests this is mistaken, and that beliefs regarding frustration intolerance are as important as self-worth and should not be overlooked.”10

Physiological Effect of Frustration
Theories that focus on the underlying physiological components of emotional regulation highlight that maturation of the central and autonomic nervous system provides the foundation for emotional and behavioral regulation. Measurement of the ability to regulate emotions in physiological systems should take into account the baseline pattern, the reactive response, and the attempt to return to baseline.11 A common criticism and explanation for some of the controversy in the literature are single-dimensional measurements and measurements that do not take into account the natural circadian rhythm of the body.12

A greater frustration level was typically associated with an increase in salivary measures of the hypothalamic-pituitary-adrenal axis (cortisol) and the autonomic nervous system (α-amylase).12-14 Total and peak cortisol levels due to stress exposure were increased among highly anxious, reactive aggressive individuals; decreased cortisol levels were observed among individuals who displayed low anxiousness and more of a proactive aggressive behavior. Reactive aggression reflects a hypersensitivity to perceived threats; proactive aggression tends to be goal oriented, often planned and unprovoked. Proactive responses are instrumental in assisting change and in achieving outcomes.13 The hypothalamic-pituitary-adrenal axis and sympathetic autonomic functioning represent an indicator of an individual’s frustration tolerance and management.13,15 For example, it was found that low basal cortisol levels in the morning were associated with high levels of frustration and aggression.13

In animal investigations, an increase in β-endorphin, an endogenous opioid peptide implicated in reward processes, was found to correlate with levels of specific stressful and frustrating situations.16 As an example, it is thought that the removal of a pleasing situation is controlled by reward-associated cues. This is supported by evidence that opioid receptor antagonists decrease the conditioned reinforcing effects of natural and other rewards.16 Research also shows that when a default behavior is chosen it engages the ventral striatum aspect of the brain, which is the same area that is activated in situations of reward responses, such as winning. When a decision is made to switch away from the default behavior, the anterior insula part of the brain is activated instead.3

Cardiac vagal tone, an index of the functional status of the parasympathetic nervous system, has been viewed as a psychophysiological marker of emotion regulation and arousal.2,17 Parasympathetic nervous system functioning is measured by the high-frequency variability in heart period (interbeat interval) and is primarily a result of respiratory influences. High vagal tone is associated with lower levels of aggression, greater empathy, social competence, and subjective feelings of sympathy and increased emotion regulation.18 Adaptive emotional response is believed to require the ability to switch attention from the source of distress and to redeploy it in ways that can reduce distress. Recent research indicates that low vagal tone may be associated with low frustration tolerance and with lack of emotional regulation.2

The mechanisms of human motivational control appear to be similar to those of other mammals.1 This suggests that progress in understanding neurophysiological mechanisms of hedonic evaluation, frustration, and action regulation will soon enable the development of a comprehensive neuropsychological model.

Overcoming Frustration Treatment Considerations
Asking patients how they have previously handled frustrating situations is a good indicator of their default behavior and is a good predictor as to how they will handle current frustrating situations. Teaching patients emotional awareness and self-regulation skills is at the root of improving mental health and of modifying a patient’s ability to deal with stress.19

Intrinsically motivated behavior has been repeatedly associated with improved frustration tolerance and with the ability to achieve goals. This skill can be facilitated by ensuring that an individual’s basic psychological needs are satisfied, which include the following:

Having a sense of self-control is also an important factor in overcoming obstacles, making changes, and achieving results. The following are the processes involved in self-control:

More resources that individuals can use to manage their emotions are becoming available. For example, mobile phone applications have been found to be useful in improving self-awareness and in providing an immediate tool for relaxation and mindful activities.19 Books that teach skills on mindfulness and that educate patients about frustration are also beneficial. Because much of our increase in frustration is attributed to a society that reinforces immediate gratification, teaching patients or reminding patients about the value of patience is also valuable.

Frustration tolerance is a learned behavior that can be modified and improved with attention, time, and patience. How to become more tolerant of frustration may be one of the most important skills that a practitioner can teach a patient. 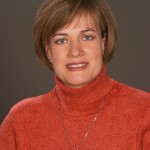 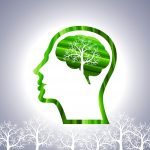 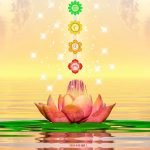