Throughout history, medicine has placed a special reverence on the study of diseases that afflict the skin. With equal parts fascination and disgust, medical providers have picked and scrapped their way toward the never-ending headache of unknown diagnosis and misled treatments in dermatology.

There exists, however, a list of common dermatological diagnoses. These “top ten” conditions have fallen out of the realm of mystery and into the commonplace. Primary care physicians are expected to be able to quickly diagnose these banal entities and prescribe appropriate therapies with little intellectual exertion. The trick of the “common” diagnosis is when it looks anything but common or textbook. The real challenge of dermatology is the dissection of the confounding variables.

The purpose of this article is to describe, in short patient-centered vignettes, three of the most common “uncommon” clinical presentations found in an outpatient primary care clinic. The authors of this article are not dermatologists. We are not specialty trained in diseases of the skin. We are, however, physicians who have dedicated our careers to working with homeless and underserved patients, and as such, tend to see an enormous amount of dermatological morbidity.

Outside In Medical Clinic, located in Portland, Oregon, is a federally funded homeless health care center. The populations we serve are often burdened by the confounding variables of poor hygiene, minimal access to ongoing health care services, and a general deficiency in calories and macronutrients.

Homeless patients often wear the same clothes for weeks on end. It is a never-ending challenge for transient populations to stay clean, but the multitude of social and medical problems faced by this population makes skin hygiene a very low priority. Many patients suffer from intractable Axis I and II mental health disease; as such, they have very little comprehension of the severity or significance of their skin lesions.

Patients seen in our clinic face an enormous number of barriers to receiving care. Many find that their financial status limits access to affordable health care services, while others struggle with attaining the self-advocacy skills needed to gain the services they need. Regardless of the barrier to receiving medical care, the patients that present to our clinic cultivate a significant burden of dermatological pathology.

Scabies is very common in a homeless population. The recurrent nature of the condition is strongly linked to poor hygiene due to a lack of bathing. In turn, the removal of the treatment medication that normally occurs through showering fails to occur.

Appropriately cleaning clothing and bedding are problematic. Additionally, patients may come in weeks after their treatment complaining of itching. Itching may persist for one to two weeks, even following successful treatment. Pruritus may be alleviated partially with an oral antihistamine.

Remember the so-called vagabonds disease (a postinflammatory, highly pruritic skin condition with diffuse intertriginous hyperpigmentation)? This is also common in homeless populations, making the diagnosis of scabies even more complicated. The adage to remember is: Not everyone who itches has scabies; not everyone who has scabies itches. Do not guess; do a scraping to make a firm diagnosis (Shwayder, 2004).

Jimmy is a 54-year-old male who came to the clinic with a two-week complaint of a rash and diffuse pruritus. Initially confused as a simple dermatitis caused by common antigenic stimulants (Jimmy is homeless and often sleeps under bridges or in other unconventional places), it quickly advanced to a recalcitrant case of scabies (Sarcoptes Scabiei) with a secondary Staphylococcus aureus infection.

Jimmy received an antistaphylococcal antibiotic to minimize the staph infection (first-generation cephalosporins work well for this purpose) and a topical scabicide (Permethrin, a pyrethroid) cream. In addition, all members of Jimmy’s immediate cohort with skin-to-skin contact were treated with a single application of topical scabicide. Persons in Jimmy’s cohort without skin-to-skin contact were requested to come into the clinic for examination to make a definitive diagnosis. Jimmy was provided with a laundry voucher and encouraged to wash and dry all his bedding and clothing on a hot cycle.

A large number of patients seeking services in our walk-in clinic are active injection drug users (IDU). Recent studies have indicated that injection drug related skin and soft tissue infections (cellulitis and abscesses) account for a majority of emergency department visits among IDU populations (Lloyd-Smith et al., 2005). Illicit drug use is a worldwide health problem. Annually, approximately 5% of the global population, or 200 million people, use illicit drugs (Gordon and Lowy, 2005). Skin infections are a very common “everyday” problem for an IDU population. Rapid assessment and diagnosis is imperative.

Even though the most common pathogenic species cultured from the skin of IDU populations are S. aureus and streptococcus, a rising number of community-associated, methicillin-resistant S. aureus (MRSA) cases require that providers be ever mindful of the clinical zebras (Levine and Sobel, 1991; CDC, 2001; Herold et al., 1998).

Incision and drainage is the standard of care for the treatment of uncomplicated abscesses. The secondary skin structure infection, cellulitis, is treated with oral antibiotic therapy that provides coverage for susceptible bacteria in our community—a 10-day course of trimethoprim-sulfamethoxazole (TMP-SMX) (Gilbert, 2006).

Sally had a 17-year history of injection drug use when she presented to our clinic with a low-grade fever, and tenderness and swelling in her left gluteal region. She reported injecting intramuscularly with heroin approximately seven days before presentation.

Sally responded well to the I & D procedure and had complete resolution to her complaint in less than a week. A major concern is repetition of these abscesses with continued drug use. Ongoing care must include a harm reduction model of service delivery and provide for the continuous assessment of a patient’s health care needs.

Abscesses can occur on almost any area of the body of an injection drug user, and often in areas where there have been no injections, but the body’s resistance is so low that very minor injuries, unnoticed by the patient, can result in serious deep abscesses. Some patients present with dozens of poorly healed abscesses on their limbs, abdomen, buttocks, and torso. Draining and packing fluctuant abscesses remains the standard of care, and is performed whenever possible; however, recovery can be compromised by failure to return to the clinic for wound care management.

It is important to keep in mind that poor nutrition and personal hygiene can contribute to cellulitis and abscess formation without the additional trauma of intravenous drug use. It has been said that spider bites rarely cause serious problems in and of themselves, but that the secondary infection of the spider bite can cause serious problems. Time and again, the confounding variables of homelessness, poor self-advocacy, and limited access to health care services conspire to deliver a never-ending stream of patients to the Outside In clinic with severely comprised dermatological infections.

A simple case of foot fungus when compounded by homelessness becomes a profound diagnosis of cellulitis. Homeless populations are forever on their feet. They stand in lines to receive services, shuffle along the streets to avoid the cold, and continuously fight the perils of wet weather. Additionally, what was called trench foot during World War I is alive and well in the feet of the homeless population in Portland.

Ruth is a 52-year-old female that came into the clinic with the concern of “smelly feet.” She stated that her feet had been burning and irritated for almost a month. She described a pain that had elevated to the point where she was no longer able to remove her socks let alone bear her own weight.

The edematous, erythematous, scaly lesions were diffuse. Her temperature was mildly elevated and she had disfiguring, hyperkeratotytic nail plates. Treatment involved a prescription topical antifungal cream and oral antimicrobial therapy. To reduce the profound inflammatory response present due to competing infections, a short course of oral steroids was added to the patient’s management plan.

Ruth responded well to the treatment and was back on her feet in less than a week.

Randy, a 17-year-old homeless youth, presented to the clinic with complaints of sore “smelly” feet. Upon removal of his soaked and dirty running shoes, his skin peeled off in large sheets. The patients interdigital erosion was profound and gave great concern for a cellulitic component to the patient’s presentation. Clinical examination revealed diffuse fissured tissue, with focal bleeding and a foul odor.

Treatment included topical and oral antifungal agents. The patient was provided a dry pair of shoes and several pairs of clean socks. He was instructed to a realistic self-care plan that included fastidious drying of his feet. Randy returned to the clinic for a follow-up examination (a rare occurrence in our underserved population). His feet were dry and responding quite nicely to the treatment. It remains ironic that as long as Randy continues to live on the street (especially in inclement weather) recurrence is always a risk.

Delivering health care services to a housed, highly motivated population can be a great challenge. Delivering health care services to a homeless, vulnerable population is always a challenge. The true responsibility for the medical provider is learning to use all available resources. Long-term curative treatment is more often represented in the depth of the relationship that a physician has with her or his patients than in any medications dispensed.

Please note: all patient names in this case discussion have been changed in accordance with privacy standards.

Rita Bettenburg MT, ND is a graduate of National College of Naturopathic Medicine where she is currently associate professor and dean of naturopathic medicine. She serves as medical director of the interdisciplinary medical clinic at Outside In. She is a member of the Council on Naturopathic Medical Education, a member of the Data Safety and Management Board for ORCAMIND collaborative research at Oregon Health & Science University, and medical director of NaturNet, a naturopathic managed care panel. Dr. Bettenburg is past president of the Oregon Association of Naturopathic Physicians and has served on the board of directors of the American Association of Naturopathic Physicians. She was named Physician of the Year by the American Association membership in 1994. Dr. Bettenburg also maintains a small private practice in Portland in the Gateway District.

Wayne Centrone, ND, MPH has dedicated his career to working with homeless and underserved populations. After finishing a three-year family practice residency, Wayne completed a two-year fellowship in homeless and underserved medicine at Outside In Medical Clinic. He is currently the medical director and program manager of medical outreach at Outside In. In addition, Wayne works extensively in international medical outreach—spending three months a year in Latin America. Wayne is married to Lee and enjoys spending time with his wife and their Standard Poodle Oso. 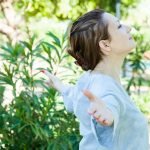