This column is transcribed from a weekly live conversation produced by the Naturopathic Medical Institute (NMI). The goal of NMI is to preserve and promote the principles of naturopathic philosophy through clinical application, in your offices and in your communities, every day. This lightly edited transcript (by Emily Kane, ND) is the second part of a 4-part conversation between Drs Jim Sensenig and Letitia Dick-Kronenberg, which took place on September 13, 2017.

I’m assuming that those joining us have all gotten a basic understanding of the constitutional hydrotherapy treatment. Each curriculum at the schools is spun a little differently.

I hope to lay this all out such that we’re all on the same page, doing it the same way. The treatment has been taught incorrectly in many of our schools. Not that it doesn’t still work, but it’s not as effective as when it’s done properly.

I’m going to break down the purpose of each sequence – the hot, the cold, the stim – what it’s accomplishing and how that happens.

Then I’m going to talk about how it’s charted. There has always been a charting system for this, but it has never been adapted by any of our schools.

There is also a way to adjust the therapy depending on what you need to do for a specific patient at that time. Part of that is based on the patient’s heart tones, their digestive tones, etc.

There’s an art to this; there’s a lot more to it than what nearly everyone has been taught in the medical curriculum.

So, I’d like to start with the basics, which are probably redundant, but I think it’s important.

It makes a lot of sense that the treatment should be tailored to each patient. And if it’s not being taught correctly in the schools, I agree that it’s important to review the basics here.

We all know that there is a series of hot and cold applications in constitutional hydrotherapy.

The purpose of the hot towel is 1) to draw the blood to the surface of the skin with vasodilation; 2) to open the pores; and 3) to make the patient perspire.

Leaving the hot towels on for longer than 5 minutes can cause venous stasis. Five minutes of heat causes vasodilation, but longer that causes venous stasis. You don’t want the blood to stagnate. So, there’s a reason for the specific timing. After a fresh hot towel, you flip to the cold.

The cold towel causes an influx of blood from the already-dilated superficial skin vessels into the core of the body, the vital organs. As the cold towel is warmed up by the recirculation of the blood back to the skin, the pores will actually absorb ¼-½ cup of water into the tissues. That’s the beauty of the heating compress from Priessnitz.

The alternating hot and cold stimulates the circulation through the internal organs, which increases oxygen in the blood, stimulates digestive enzyme production, and moves the white blood cells into the lymphatic chains, especially in the intestinal mucosa. The body, being made mostly of water, responds to this electrolyte movement with predictable measures.

Alternating hot and cold to stimulate circulation is such a deep healing modality. But we also know that an important part of constitutional hydrotherapy is the electrical stimulation. What is the purpose of that part?

Yes, that is partly what makes constitutional hydrotherapy so unique. The electrical stimulation with the sine wave therapy was introduced by Dr Otis Carroll as a way to speed up the effect of the hydrotherapy. He found that the original therapy, utilizing a long series of hot and cold applications and taking several hours to accomplish, could be more beneficial and less labor-intensive if combined with the gentle electrical stim of the smooth muscles of the digestive system. The added benefit, we discovered, is the boost of the white blood cells into the bloodstream.

We’ve done research and have found that 1 hour after a treatment, there are 10 000 more white blood cells in circulation. This is why we can use the therapy to treat acute infections very quickly without ever using antibiotics. I’ve treated MRSA, tuberculosis, and Rocky Mountain spotted fever. My dad had a patient with bubonic plague that he treated successfully. Constitutional hydrotherapy is the strongest immune tonic we’ve found. It will provide the body with the defenses needed to fight infections and inflammation without antibiotics or anti-inflammatory medications.

We have 2 settings with these sine wave paths. Sine wave is that type of current that stimulates muscle contraction, especially in the smooth muscles.

We put the stim on specific areas of the spine to affect particular spinal reflexes.

Dr Sensenig: Have there been any studies conducted on constitutional hydrotherapy?

Yes, there was actually a study done at Southwest College by Dr Mark Carney and Dr Brian McConnell. I don’t know if they ever published it, but I was their advisory person for the study. They did “before and after” experiments with a group of fellow students, testing different health parameters to assess the effects of hydrotherapy. Based on a standardized SF-36 form, here was their outcome:

Constitutional hydrotherapy is one of the main ways I treat hypertension. We can actually tone the vessels, especially the cardiovascular and kidney vessels, and change that dynamic for patients.

This is also one of the few therapies that will bring up a low basal body temperature. Acupuncture can also do this.

This was long before Wilson’s T3 protocol came around. We would raise low basal body temperature just with constitutional hydrotherapy.

Dr Sensenig: I’m not surprised by all of those physiological changes, but it’s great that the study was done so that those findings could be detailed and documented. I think it would be useful to our listeners if you reviewed all of the specific steps in a constitutional hydrotherapy treatment.

The hot sequence involves the following:

The cold sequence involves the following:

Next comes the no-towel sequence:

Some of the colleges are calling this the “dry phase.” I don’t know where that term came from, but if you’re familiar with that term, that’s what this is – the phase in which no towels are present.

In the old textbook is a series that instruct you to move that upper-epigastric pad around. Dr Leo Scott liked to do that. My father, Dr Dick, never did that; and, as far as I know, Dr Carroll never did that.

There’s 1 position with that pad where you leave it for a full 10 minutes. That’s enough to affect that whole area. We can talk more about changing the therapy when the patient has other issues, like over the gallbladder, appendix area, ovarian cyst, etc. There are different ways to apply the therapy. However, the standard treatment always leaves the upper-epigastric pad in 1 position.

In each of these sequences, the towels should be covered by wool. There are 2 rules of naturopathic hydrotherapy: 1) You always end with cold; and 2) you always cover with wool.

Dr Sensenig: Thank you for that valuable review. You mentioned earlier that constitutional hydrotherapy is a powerful immune tonic and that you’ve used the therapy to treat patients with acute infections. What do you differently, if anything, in this circumstance?

Dr Dick-Kronenberg: In our clinic, instead of using wool to cover the towels, we use what’s called a “Vellux Blanket,” and then we place the wool on top of that. Vellux is a fuzzy, synthetic rubber blanket. Wool is not very easy to clean. If you have someone with a communicable disease, like chicken pox, shingles, MRSA, etc, it’s nice to have these Vellux blankets because they are super-easy to clean. They can be thrown in the washer and dryer and they don’t have to be sterilized and dry-cleaned.

I think that’s why the medical schools have gone to using sheets and putting a dry towel over the wet towels, etc – because of the communicable disease issue. That’s a school-setting situation. Just know that in your clinical practice, it’s not needed.

In all the years that we’ve been using this treatment – 100 years now – there has never been a transmitted disease from a constitutional hydrotherapy treatment. But it’s still important to take the standard precautions:

Letitia Dick-Kronenberg, ND, VNMI earned her doctorate in Naturopathic Medicine in 1990 from NCNM. She then completed a 3-year residency with her late father, Dr Harold Dick. After his passing, she continued his classical naturopathic clinic in Spokane, WA, now over 60 years old. Dr Letitia has been in practice 31 years; is past adjunct faculty at Bastyr University; co-founder of the Carroll Institute of Natural Healing (a non-profit, post-graduate institute teaching the healing methods of Dr Otis G. Carroll); author of The Ultimate Text In Constitutional Hydrotherapy: A 100 Year Tradition of Clinical Practice; founder and senior Vitalist of the NMI; and an international speaker / medical educator. 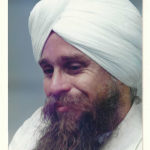 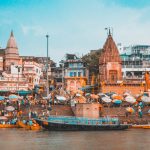