Around 20 years ago, I was invited to help set up a naturopathic clinic on the Menominee Indian Reservation in Wisconsin. I use the word “Indian” advisedly. The vast number of the people that I have met – including the ordinary people and, especially, the spiritual leaders and teachers – did not like the phrase “Native Americans,” and referred to themselves, proudly, as “Indian.” Far be it from me to argue, but in these times of political correctness, one must be careful with what one writes. I say all this because I do not want to offend, but at the same time I want to be genuine and correct in my reporting.

The Menominee had heard about me through a colleague who knew that I had developed clinics and first-aid stations for a number of Native American ceremonies throughout the Northwest. For the most part, these were Sun Dance ceremonies, which occur from June through September. I staffed these clinics annually, treating all who were ill in the camps, from little children with ear aches, to older adults with diabetes, heart and kidney problems, and many who were overcome by the heat. I even did some minor surgery on occasion, stitching up lacerations and such. I treated them with homeopathic medicine, botanicals I mostly gathered from the areas we were in, manipulations, and even hydrotherapy. These ceremonial camps often had hundreds of people in temporary residence, but rarely any medically-trained personnel. I was invited to return year after year, and truly enjoyed these opportunities to take our medicine to people who would rarely visit our offices. I was asked to bring these services to the Menominee lands in Wisconsin, where naturopathic medicine was not licensed and was rather rare. A former student of mine from NCNM had moved there and had approached the tribe about establishing a clinic.

A Case of Diabetes

There was a government-run Indian Health Services (IHS) clinic on the Menominee reservation, but many of the people living there were not happy with the kind of services it imposed. This is a typical case to help illustrate that and to demonstrate why the people wanted our little “alternative” clinic. Early in my tenure there, an older man came to see me. He was taking 27 medications and was not doing well. His primary problem was diabetes. Even with all his medications – insulin, metformin, glyburide, etc – his blood sugars were still high and he was having debilitating symptoms. His principle concern was that he made his living in the woods, and with the diabetes he was losing the ability to walk. When he could no longer go into the woods, he became quite depressed. He was on diabetes medication, diuretics, antidepressants, cardiac medications, and a variety of others.

Early in our visit, I asked him to tell me what he ate. I have developed a little system of rapidly assessing dietary patterns. I ask people what they eat for breakfast, lunch, dinner, and snacks. I ask whether they eat – from a specific list of foods – protein, carbohydrate, lipid, vitamin, and mineral sources. I ask whether they are bothered by any foods, crave any foods, or are averse to any foods. With this approach, I get a quick assessment of their dietary patterns, sources of nutrients, possible food intolerances, and likely deficiencies or imbalances, etc. He ate mostly government commodities, which the Indian Agency provided: a monthly can of lard, a sack of white sugar, a sack of white flour, a sack of salt, some canned goods, and a few other items like these. I began with 2 recommendations: First, do not eat anything “white,” especially the carbohydrates, ie, white sugar, white flour, etc. Second, try to eat more like your grandparents used to eat, ie, meats, vegetables, and wild rice. I suggested that if he could eat wild game, so much the better.

I saw him 3 months later. He had followed my advice, no longer needed some of his medications, and had reduced others. His insulin use was down to 7 units daily, and he could walk again! He was very happy, no longer depressed, and he had referred several other people in a similar situation to our clinic.

I saw him again a few months later. He was back on medications and was limping again. I asked him what had happened. He had gone to the IHS clinic for an annual check-up, where the doctors severely scolded him for reducing his carbohydrate intake and reducing his medications, even though his blood sugars were well controlled and all his health problems were noticeably improved. They told him that he could not regulate his insulin without eating the carbohydrates. They told him I was crazy for making the recommendations I had, even though he was living proof of their efficacy. They convinced him to go back on the white flour and sugar, raise his insulin dosage, and restart the medications that he no longer needed as he followed our advice.

I was shocked. Without going into the cultural issues, the simple fact was that he had been doing much better physically, his labs had improved, and his medication use was down solely with my dietary advice. I would have thought that the doctors in the IHS would have celebrated this improvement. When he reverted to their advice, he worsened.

Diabetes is a common problem among Native American people. The point of this story was to demonstrate that in his case, and several like it, some simple dietary adjustments can lead to significant improvements. Some of my patients there continued to follow the advice I had given, and continued to do well. But some chose instead to be bullied by the IHS doctors. One even asked me if it was OK for her to eat the way I’d suggested, because she felt so much better, even though the IHS doctors told her not to. I told her that she could eat whatever she wanted, and so she did, and she continued to improve. Diabetes is rampant in the Native American community, and it is primarily a lifestyle problem.

About 18 months ago, a very tall Black man came into my clinic. He had heard of me through some church connections, and was told I might be able to help his chronic sinusitis. He was diagnosed with diabetes in 2003. He was taking several medications to try to control the diabetes, including metformin and 20 units of insulin daily; he was also taking a thiazide diuretic and lisinopril for hypertension, and atorvastatin, terbinafine, and aspirin. He was particularly irritated by chronic excessive tearing in his eyes, for which he had been put on fluticasone intranasal; however, it was not working very well. I measured his HbA1c at over 8.0% on that first visit, and a spot glucose of 227 mg/dL.

As is typical, I began his treatment with a dietary evaluation, and determined that he had a milk intolerance. I recommended that he avoid milk and sugar and reduce his carbohydrate intake. I also gave him some capsules of Gentiana and Scutellaria as a stomach tonic. In addition, I began him on low-potency homeopathic drainage remedies for his sinus infection.

He followed my instructions very well, and was amazed and pleased by the result. At 1 month, the chronic sinusitis had cleared, his eyes were no longer watering, and he was losing weight. He continued to lose weight over several months, and was able to continue reducing his insulin until he no longer needed it. Within 6 months, he had reduced his insulin and the metformin, his blood pressure was normal without medications, and his chronic sinus infection was gone. He had lost over 70 pounds. He was most pleased.

I have found that one of the keys to regulating blood sugar is to adopt a low-carbohydrate diet. This concept is detailed by Mona Morstein, ND, in her book, Master Your Diabetes. In addition to this dietary approach, supplemental chromium, selenium, zinc, and a few other measures are often useful and occasionally necessary. Add in some exercise, and blood sugars will almost inevitably reduce. If the patient is on insulin, you must caution them to keep a close eye on their blood sugars, because the levels will almost certainly fall, and they must adjust their insulin accordingly. I would recommend that one take Dr Morstein’s courses on insulin management if one intends to work with this problem. This truly excellent instruction gave me the confidence to work with insulin, which I was previously reluctant to do.

One of the most common symptoms associated with diabetes is neuropathy, usually in the feet. This can present as numbness or pain, but usually as lack of sensation. I have found that needling the feet in specific spots will often reverse this neuropathy and restore feeling, primarily by stimulating nerve and circulatory activity. I will usually insert a needle with dimensions 0.2 mm width and 30 mm length (a typical acupuncture-type needle) into the tips of the toes, approximately 1/8th inch depth, then one in the sole of the foot, and possibly one between the first and second metatarsal and the fourth and fifth metatarsal. I leave the needles in place for 25 minutes. Usually the first treatment produces noticeable improvement, and each subsequent treatment advances the case, often to normalcy if the blood sugars are also improving though the dietary work. It has long been my contention that if you are permitted by scope of practice to insert a hollow needle into a patient, then you are also permitted to insert a solid needle, hence the use of therapeutic needling by naturopathic doctors.

One of the primary contributors to diabetes among all people in the United States is overeating, which increases insulin production as well as caloric intake. Excessive insulin results in excessive lipogenesis. One of the reasons people overeat, I believe, is that this generates increased amounts of serotonin.1 Approximately 90% of serotonin is generated in the gut, and serotonin makes one feel good, or at least feel better. People literally self-medicate by overeating. I have found that by supplementing 100 mg 5-hydroxytryptophan (5-HTP) with meals, my patients will generally eat less; it also contributes to weight loss in some people and better blood sugar control in others.

Naturopathic medicine is generally not available in poorer communities. I have often provided these clinics, as I reported above, and I have a policy that no one is turned away from my clinic because of finances. I think that, as a profession, we should develop policies and opportunities to provide this amazing medicine to people who otherwise cannot access it or are not aware of it. I have a number of ideas in this regard, and would like to discuss this with interested colleagues. 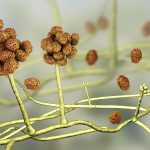 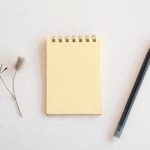 Notes From The FieldClinical Pearls