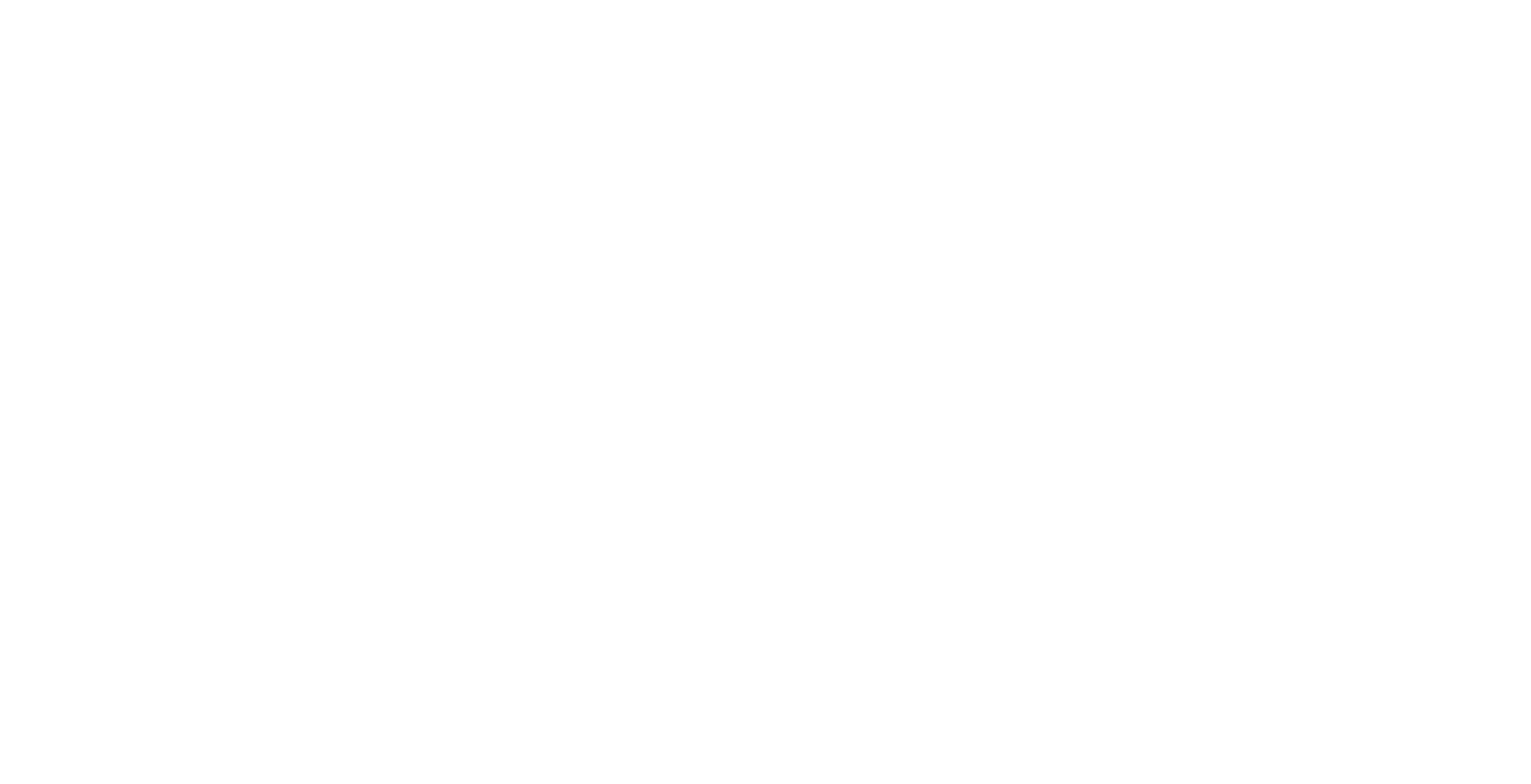 Even three days after using the [pine needle] bandage, one can smell the rosin which is most agreeable. It is a theory of mine that when the system needs certain things, it can absorb them through the pores.

All herb baths are prepared in the same manner as the hayflower baths.

Traces of turpentine are found in the urine after a hot bath containing the natural oil of pine which has entered the system through absorption or inhalation of vapor, or both.

Baths of many types have been used for eons for purposes of health. The “bath” as a healthy and social dimension shows up often in the history and repertoire of Traditional Chinese Medicine, for example, and in many accounts of the splendid baths scattered throughout the Roman Empire (such as the “Theomoe” or warm baths of Diocletian), or the historical Vapor Baths of the Turks in Constantinople. However, the term “medicated bath” begins to appear as such and with more frequency in the 19th century. Cruchley’s 1834 history of London included details of bathing establishments throughout the city, such as Suffolk Place in Pall Mall, where one could find an “a very complete establishment of warm, cold, shower, vapour and general medicated baths” (Cruchley, 1834, p.169). T. S. Lambert’s Bathing and The Bath, published in 1845, was a delightful exegesis on “bathing and the bath, simple and medicated,” in which this early medical doctor differentiated between basic bathing and “medicated bathing.” John Bell, in his 1850 seminal work A Treatise on Baths, describes a bath using water other than fresh water or tap water. Bell writes, “Natural medicated baths are those furnished by the waters of mineral springs.” (Bell, 1850, p.615) The practice was long common that when mineral waters were not available, “medicated” baths were artificially created using minerals and salts to mimic Nature. Mineral bath was also a term used for baths that were enhanced with herbal decoctions such as pine extracts, equisetum, oat straw, hayflowers (see my May 2016 NDNR article, “The Head & Food Vapor Baths”), etc. Guy Hinsdale (1910) included herbs in the preparation of baths and other water applications, and called these “medicated” or “modified” baths. Not surprisingly, our early naturopathic pioneers were fully aware of this enhanced dimension of hydrotherapy.

Sebastian Kneipp is well recognized as a giant in the promotion of water cure. He was also profoundly interested in the use of plants, both for ingestion and to enhance his water applications. His combining of curative plants with water therapies was severely criticized by the extreme orthodox adherents of the hydrotherapy. (Platen, 1901, p.296) His 3 most used bath herbs included shave grass [Equisetum arvense], oat straw [Avena sativa] and hayflowers, or the dregs of a hay stack. Hayflowers was introduced by Kneipp as one of his celebrated herbal wonders, used for young children and the aged. Louisa Lust, following in the footsteps of Kneipp, also used herbs at her Butler Yungborn. She found that herbs used in baths were very beneficial for nervous people. She used “sage, hayflower, oak bark, pine needle, fenugreek, yarrow and others.” (Lust, 1911, p.231) After any of the herbal baths, Louisa Lust counsels the correct way to bring the water application to an end: “The [herbal] bath should always be wound up with a cool ablution, so as to close the pores and prevent cold.” (Lust, 1911, p.231)

John Bell’s mid-19th century work provides a recipe for an emollient bath using an herbal formula. He says, “An emollient bath is made by first taking althea, marshmallow, and elder flowers, or the pith of sassafras, and the bark of slippery elm, four pounds, and of flaxseed, half a pound; then tying them loosely in a cloth, and boiling the bag, add the decoction to the water of the bath.” (Bell, 1850, p.633)

To make Kneipp’s famed hayflower decoction, “a little [cloth] bag [is] filled with hay flowers, thrown into a pot of boiling water, and left there to infuse for at least fifteen minutes.” (Kneipp, 1891, p.38) The hayflower decoction was essentially left to steep until the desired dark coffee-like color was attained. Its property of opening up skin pores and promoting the elimination of morbid matter was much prized by Kneipp and others. Platen recounts Kneipp’s advice on the hayflower bath: “Kneipp advises taking the bath only once or twice a month and not to prolong a single bath beyond half an hour.” (Platen, 1901, p.558) Warm water applications always finished with cold water. Platen used alternating warm and cold water bathing. The herbal warm bath would last about 10 minutes and immediately followed by 5 or 6 seconds in a cold bath, and repeated 2 or 3 times. (Platen, 1901, p.558)

Kneipp used herbal decoctions for warm water applications, and pure cold water was more than sufficient to achieve its therapeutic outcomes. In regards to a warm sitz bath, Kneipp asserts, “The warm sitz bath is never prepared of warm water alone, but according to my system is always mixed with some other ingredient.” (Kneipp, 1891, p.32) Equisetum was added to the sitz bath to treat “diseases of the bladder and kidneys, in gravel and stones complaints.” (Kneipp, 1891, p.33) Oat straw was used to treat gout and rheumatic conditions, and when Kneipp did not have access to these 2 herbs, he relied upon hayflowers. The sitz bath with hayflowers was a general treatment and was efficacious in cases of boils, constipation, hemorrhoids, and spasmodic pains such as colic. (Kneipp, 1891, p.33)

Hayflower added to a bath such as a foot bath offered relief “in many foot complaints: open wounds, bruises, boils, putrefaction of the toes and suppuration of the nails.” (Kneipp, 1891, p.29)

Equisetum was prepared much like the hayflowers – steeped for at least 15 minutes. The decoction used as a wash on “poisoned wounds… had a cleansing effect.” (Platen, 1901, p.472)

Friedrich E. Bilz, following in the footsteps of Sebastian Kneipp, used many of the same herbs in his herbal baths as his esteemed mentor. Bilz used a decoction made with pine needles for the treatment of gout. “Warm baths of 95° to 101° F/35° to 38° C with a decoction of pine sprigs or hayseed are also recommended.” (Bilz, 1898, p.780) For gout, the primary objective was to increase blood circulation, which hydrotherapy was excellent at producing. Bilz recommended the following gout protocol: “Three cold full washings a week, on first getting out of bed; or three knee gushes, two half baths of the upper body, and the warm hayflower shirt once, will probably command success.” (Bilz, 1898, p.780)

Making a strong decoction from the hayflowers, a compress would be soaked in it and applied while warm on “affected or swollen parts every two or three hours, [or] hayflower is scalded with hot water, enclosed in cloth and laid on the diseased part.” (Bilz, 1898, p.780)

The hydrotherapies were also complemented with herbal teas “of primroses, elder berries or elder blossoms several times a day. Gouty patients are also recommenced to continue for some time to drink a tea made of mouse ear [Hieracium pilosella].” (Bilz, 1898, p.780)

Kneipp also endorsed the use of pine needles for bathing. Used in a bath, the pine decoction provided benefits to the kidneys and bladder, and the skin epidermis was restored to health. (Kneipp, 1891, p.38) Kneipp also credited pine baths for strengthening the interior blood vessels, thereby making this “the proper bath for more aged people.” (Kneipp, 1897, p.65)

Kneipp favored using fresh pine needles for his water therapies. To make a pine needle bath, pine needles and branches were picked fresh or a distillation would be made. M. Platen provides instructions: “The pine needles are boiled for at least half an hour, and the decoction is then ready for use.” (Platen, 1901, p.472) The pine “extract, also called pine balsam is almost transparent, of a yellowish tinge at first, turning a greenish brown after standing some hours; has a pleasant, refreshing, bracing, resinous, aromatic smell.” (Platen, 1901, p.559) Compresses made from the decoction were strengthening and stimulating to the skin. (Platen, 1901, p.472)

In the July 1935 issue of Nature’s Path, another magazine published by Lust, the author of an article on the topic of pine needle oil, writes: “Pine oil is classified medicinally as a rubifacient, being slightly an irritant, and possesses feeble antiseptic properties. The irritant properties cause an unusual circulation of blood and thereby relieves congestions, eases pain, and quiets nervous tension.” (Elene, 1935, p.252, 270)   She warns against synthetic pine oils. “If the oil has been saponified or chemically combined with alkali, much of the effectiveness will have been lost. Artificial pine odors or scents have no therapeutic value in a bath.” (Elene, 1935, p.270)

John H. Kellogg placed the pine needle bath under the subheading of “Miscellaneous Baths” at the end of his voluminous book, Rational Hydrotherapy. Kellogg used pine needles to achieve the same reactions induced by the carbonic acid [or carbon dioxide] baths. The carbon dioxide bath, or the Nauheim bath, was popularized by many of the early hydrotherapists, such as Simon Baruch, Kellogg and Hinsdale. Carbon dioxide baths are still currently used extensively in European spas to treat heart disease, diabetes, rheumatic conditions, and obesity. Guy Hinsdale also used pine needle extract in combination with the effervescent carbon dioxide bath.

Kellogg states, “This [pine needle] bath produces powerful cutaneous stimulation. It is useful in chronic renal and cardiac disease, at a temperature of 92° to 94° F/33° to 34° C and may be used in the place of the effervescing baths.” (Kellogg, 1903, p.955) Among the benefits of the pine bath, Platen included “scrofula, gout, rheumatism, paralysis, debility, skin complaints, abdominal and sexual disorders.” (Platen, 1901, p.559) Pine baths improved the functions of the emunctories, such as the kidneys, gastrointestinal tract, and the skin.

Elene recommended the pine bath for insomnia. A hot pine bath “taken before retiring will induce a quiet restful sleep without resorting to medicines or drugs.” (Elene, 1935, p.270, 272) She states, “When a person is fatigued and tired a cool pine bath has an exceptional bracing tonic effect.”

Hinsdale used pine needle essential oil in steam baths, and patients were steamed for 20 to 30 minutes in a steam cabinet, which caused profuse perspiration. (Hinsdale, 1910, p.309) After the steam bath, patients were massaged. Hinsdale also used pine needle extract in a medicated bath using 2 ounces of the extract to a 40-gallon bath. (Hinsdale, 1910, p.309)

Pine needle baths could irritate the skin, thus Puderbach advised that those patients experiencing itching of skin be removed from the bath immediately and given a shower. A rice powder was applied to the itching areas. (Puderbach, 1925, p.154)

These remarkable Naturopaths and their predecessors have left us a superb legacy of treatment protocols and success stories so valuable for patients. In our era of polypharma and a compromised food supply and distribution system, these wonderful natural approaches to healing are timeless. Kneipp, Kellogg, Bilz, Elene, Hinsdale, Puderbach and other giants have left us with outstanding tools. All we need do is use them. 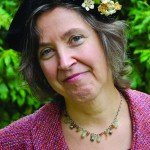 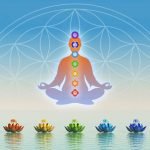 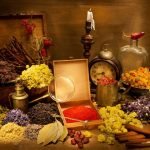