A Pill for Exercise?!!

Well, at least for individuals suffering from heart failure, who may not be able to stand the physical strains on the heart caused by increased activity.1 Scientists at Ottawa University, Canada have developed a drug that can mimic the effects of regular exercise. The drug has been developed specifically for heart failure patients.

What is Heart Failure?

Heart failure is marked by an inability for the heart to pump an adequate supply of oxygenated blood to the body; a “failing pump.” As the heart muscle attempts to compensate for the loss of function it becomes stiff and thickened, which is known as cardiomyopathy.

The team in Ottawa used the protein cardiotrophin1 in an attempt to stimulate myocardiocytes (heart muscle cells) to grow. In previous studies, the protein had been seen to stimulate growth in the heart in a similar way seen by exercising – which is to say increase heart strength. Human cardiotrophin1 (hCT1) was administered to mice with heart failure over a 14 day period of time. An important consideration of the study was that heart muscle growth can be either healthy or unhealthy. Unhealthy growth is typically irreversible and leads to cardiomyopathy and decreased function. However, healthy growth, like that which is seen with regular exercise is reversible, which means that when exercise is stopped (and the heart no longer needs the extra strength to supply more oxygenated blood to the body), it goes back to normal. Echocardiograms were conducted at 2 weeks and 6 weeks to see if the effects were reversible. Phenylephrine (a decongestant), was also administered as a comparison.

The results showed that both hCT1 and phenylephrine caused growth of the heart. However, only hCT1 was controlled and reversible. It created the type of growth seen with exercise. Phenylephrine on the other hand, caused the wider growth, but didn’t  benefit function at all. It was also not reversible, and heart failure was still as likely as before treatment. The hCT1 significantly reduced the unhealthy growth associated with heart failure.

The researchers acknowledge that this treatment option for heart failure is in its infancy, and much more research still needs to be done before it is ready for clinical use. But it is exciting that there may be an agent which will help remodel the heart, in patients who may not be able to exercise. It is expected that human trials are 3 to 4 years away. 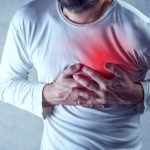 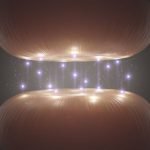 Lower Serotonin May be the Cause of Cognitive DeclineNaturopathic News