A recent study from Lund University in Sweden and Skane University Hospital reminds us that cardiac arrest often causes ischemia in other areas of the body as well, namely the brain.1 When cardiac patients are treated as only cardiac patients, and other organ systems not addressed, it can lead to a lack of rehabilitation and difficulty returning to normal life. Research has found that many of these patients have suffered brain injuries connected with cardiac arrest that were never followed-up on.

In 2016, 350,000 individuals experienced an out-of-hospital cardiac arrest in the United States (in Europe this number is the same). When the heart stops, blood stops being perfused to other tissues in the body. This is especially concerning for the brain. This may account for the difficulty many people experience returning to work after a cardiac event, due to cognitive problems such as memory loss, concentration difficulties, and depressed mood. Restricted mobility also affects many post-cardiac arrest patients.

The researchers at Lund University looked at cardiac arrest patient outcomes from 5 different countries: Sweden, Denmark, the UK, the Netherlands, and Italy. Almost half of patients found it difficult to return to normal working life, regardless of whether they were of working age or retired. The reasons cited were mostly cognitive symptoms such as difficulties concentrating or problem solving and memory loss.

The research study advocates that doctors on cardiology wards look out for cognitive deficits in these patients. For the general practitioner, it may also be beneficial to consider brain injury in patients presenting after a cardiac arrest, considering this connection is often missed during the emergency management of the cardiac concern. 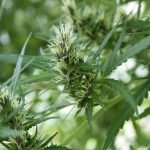 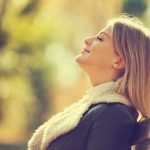 Did you Know that How You Breathe Affects Memory and Fear?Naturopathic News