Chromium is a supplement that has proven effective for helping to control blood sugar and improve insulin resistance. Due to these and other effects, it has been used in many cases as a diet supplement. Recently, researchers from the University of Australia have discovered that chromium is partially converted into a carcinogenic form as it enters a cell, which has raised questions about the safety of the long-term use of this supplement.

Trivalent chromium (III) picolinate along with other trivalent forms are the ones found in nutritional supplements. Hexavalent chromium (IV) is the form that is carcinogenic in nature. Although the Adequate Daily Intake (ADI) of chromium is roughly 20-35 micrograms/day, depending on sex and age, there is no standard agreed upon upper limit. Some supplements contain as much as 500 micrograms per tablet.

This team of researchers tested animal fat cells in order to determine the possible toxicity of chromium supplements. Researchers used a synchrotron high-energy x-ray beam that allowed them to examine areas of chromium within a cell. By then using a second beam, they were able to locate spots where chromium had been converted to the carcinogenic form. Latency periods for cancers related to chromium(IV) are often greater than 20 years, although the risk still remains. More investigation is needed in how chromium is metabolized and used to determine if the same results that were found in this study, also can be replicated in human cells. More information is needed regarding an actual upper limit of this mineral, as well as clearly defined safety standards for lengths of time that are appropriate for supplementation. Since individuals are often taking chromium supplements for chronic conditions, they are likely to be used for long periods of time, and current research is suggestive that there may be long-term health effects from these nutritional supplements. 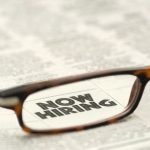 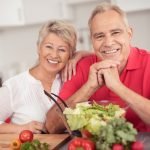