A recent article from Neuroscience News1 reminds us of the importance of understanding dual diagnosis of mental health conditions and addiction. It is very common for individuals suffering from mental illness to also be affected by a substance use disorder, or vise versa. In fact, it is estimated that roughly 50 percent of people with severe mental illness abuse substances, and about 37 percent of alcohol abusers and 53 percent of drug abusers have a serious mental illness.

Which comes first, the substance abuse or the mental illness?

Though we know that the two go hand in hand, mental illness and drug addiction, it is not altogether clear in which direction the issue flows. Does mental illness predispose individuals to addiction, or does addiction leave people vulnerable to mental illness, or are their factors that create an environment for both to develop more or less independent of each other? It is likely that all of these factors play a role in the dual diagnosis phenomenon.

The fact is that individuals with major psychiatric disorders, including bipolar and unipolar depression, PTSD, borderline and antisocial personality disorders and schizophrenia are more likely to have a Substance Use Disorder than others. Here are 3 of the predominant theories which may help explain this phenomenon:

There is the idea that individuals with mental health disorders may be using drugs or alcohol, or a combination of both, because these substances actually alleviate some of the emotional and physiological complaints that accompany these disorders. Many street drugs work in ways that are similar to their pharmaceutical counterparts, and are easier to obtain for individuals who have limited access to healthcare

Methamphetamines – “Meth” serves as a dopamine reuptake inhibitor in small doses. In larger doses it increases dopamine. It is a powerful stimulant and creates euphoria from surges in dopamine. Methamphetamines may be used as self-medication for depression or bipolar disorders, and individuals in manic states may be drawn to its physiological stimulating effects.

Cocaine – Another dopamine enhancer, cocaine binds to dopamine transporters and blocks the neurotransmitter from being removed from neuronal synapses. As dopamine builds up, a euphoric feeling is experienced; very pleasurable, especially for individuals who may be predisposed to depression, or have lower levels of dopamine.

Adderall and Ritalin – Both of these prescription drugs are centrally acting nervous system stimulants – similar to methamphetamine. They increase dopamine and norepinephrine, which quickens brain activity. They are often abused and readily available on the street.

Alcohol – Alcohol is technically a depressant, though it tricks the brain into thinking that it is having a pleasurable experience. It upregulates GABA and down regulates glutamate. Alcohol also increases dopamine in the reward center and therefore people tend to think that it is alleviating depression, when it actually is making it worse.

Benzodiazepines – These pharmaceutical drugs are often abused, as they increase the effects of GABA and cause a sedating effect.

A recent theory that dual diagnosis may actually have its roots in developmental damage to the amygdala in childhood. A study in 2017 looked at the effects of amygdalar damage during infancy on adult rats. Animals with damage to this region of the brain were seen to be far more sensitive to the effects of mind altering substances, than those that were normal. The damage to the amygdala also left the rats more interested in novel stimuli as well as less concerned about dangerous stimuli in their environment.

So, what causes damage to the amygdala? Interestingly enough, early emotional trauma combined with a certain genetic background may set the stage for abnormal neural development of this brain region. This may account for the common association of early childhood trauma and mental illness as well as addiction.

Though not completely flushed out, it is thought that drug use may actually set the stage for future mental illness. There have been some studies on prolonged and heavy cannabis use and mental illness, and it seems there is a connection. It is possible that any substance use that drastically changes the neurochemistry over time would predispose individuals to mental health disorders. The question is why the correlation is not stronger, or more obvious. However, it is this relationship that questions a diagnosis of mental illness when initial presentation involves substance abuse. It’s just not known how much a mental illness is organic pathology versus a byproduct of a mind altering substance until the substance use has been worked up. 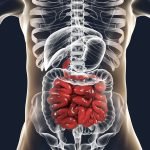 Have You Tried These 5 Things for Irritable Bowel Syndrome?Naturopathic News 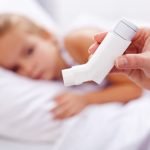 Increasing Dose of Glucocorticoids May Not Benefit Children with AsthmaNaturopathic News