Homeopathy Research on MRSA in Vitro

A new homeopathic research study showed the ability of Belladonna and a MRSA nosode to be effective at inhibiting growth of MRSA in vitro.1 MRSA – methicillin-resistant Staphylococcus aureus – is a growing global concern, and the ability to treat effectively with alternatives to antibiotics is of growing interest and necessity.

The study looked at the ability of belladonna or nosode and Belladonna or nosode followed by oxacillin to inhibit the growth of MRSA in a culture medium. Bell and MRSA nosode were prepared in 6cH and 30cH potencies in 30% alcohol and sterile water. The Brazilian Homeopathic Pharmacopeia standards were followed. These preparations were then tested on MRSA National Collection of Type Cultures (NCTC) 10442, alone and in combination with oxacillin, at minimum inhibitory concentration. In vitro bacterial growth was assessed through deoxyribonuclease (DNAase) and hemolysin activity, and in vitro as well as total bacterial growth. Control was 30% alcohol and water. 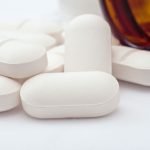 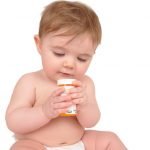 Resisting the Urge to Prescribe Antibiotics Is On The RiseNaturopathic News