The Canadian Medical Association has recently published a recommendation that all Canadians born between the years 1945 and 1975 be screened for hepatitis C.1 This is a new guideline focused on the nearly 250,000 people infected with the disease in Canada, with an aim to eradicate the disease from the country.

Recommendation comes from a blue-ribbon panel of experts

The recommendation comes from a blue-ribbon panel of experts and says that those born before 1945 or after 1975 should get tested only if they are at high risk of infection. High risk includes intravenous drug use, sexual intercourse with individuals who use intravenous drugs, incarceration or sexual intercourse with previously incarcerated individuals, receiving blood transfusions before 1992, or a history that contains any of the above risk factors.

Baby boomers are not being singled out needlessly. People born between 1945 and 1975 account for the highest number of disease carrying individuals. It is estimated that up to 70 percent of this population don’t know they are infected – hepatitis C is relatively benign until complications develop.

Previous guidelines recommend only testing those of high-risk

The previous guidelines, which recommend only testing those in high-risk categories, were likely missing many baby boomers who are infected. Another reason for universal testing is that testing and treatment have gone down in cost to a level where it is now possible.

Current treatment of hepatitis C with antiviral medication is thought to be safe and effective, and most patients tolerate the treatments well. Previous drug treatments were known to have numerous undesirable side effects. There are various subtypes of hepatitis C, and treatments are specific to these subtypes.

Under the new guidelines, all patients diagnosed with hepatitis C would be candidates for treatment, and the pan-Canadian Pharmaceutical Alliance (pCPA) negotiated reduced prices of 5 of the drug regimens. The pCPA is an agency that facilitates joint negotiation of prescription drug prices.

This is occurring in the context of the World Health Organization’s  (WHO) goal to eradicate hepatitis C by the year 2030. According to data presented in 2017 at the World Hepatitis Summit, only Australia, Brazil, Egypt, Georgia, Germany, Iceland, Japan, the Netherlands and Qatar are on track to meet this goal.

Photo by Thomas Hafeneth on Unsplash 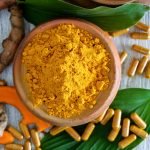 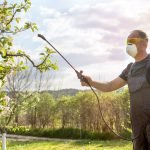 Why Does Pesticide Exposure Increase Parkinson’s Risk in Some?Naturopathic News