According to a study out of the Dana-Farber Cancer Institute, children with high-risk neuroblastoma whose treatment included two autologous stem-cell transplants were more likely to be free of cancer three years later than patients who underwent a single transplant. The researchers also found that the tandem transplant technique produced even better results when followed by treatment with immunotherapy agents.

Neuroblastoma is a tumor that begins in nerve cells outside the brain, typically in children under six years old. Despite being rare (about 700 cases annually in the US), it is the second most common pediatric solid tumor and the most common cancer in infancy.

The study revealed a rate of 61.8 percent of the participating patients who received two autologous transplants (transplants using their own stem cells rather than a donor’s) were alive and cancer-free three years after treatment. This was in comparison to the 48.8 percent of those who only underwent one transplant.

“Our ability to treat children with neuroblastoma has improved significantly over the past 25 years, particularly with the introduction of high-intensity chemotherapy regimens and stem-cell transplantation,” said the head researcher. “The findings of this study define a new standard for the treatment of this disease.”

The study included 652 patients with a median age of 3.1, who were newly diagnosed with high-risk neuroblastoma, the vast majority of whom had stage 4 (metastatic) disease.

This treatment gives hope to families that have their child diagnosed with this disease. 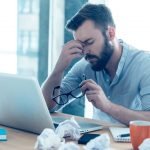 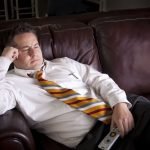 Increased Coronary Calcium In Those With Sedentary LifestyleNaturopathic News