An interesting study has recently been published that highlights patient dissatisfaction with their treatment of a very common condition, hypothyroidism.1 This may come as concerning revelation, considering the routine comfort many practitioners have in treating this condition, which occurs in over 10 million individuals in the United States.

Program Committee of the Satellite Symposium on Hypothyroidism

Last spring, over 12,000 people with hypothyroidism filled out an online survey that was posted on numerous websites and social media channels. The survey was conducted for 2 months by Program Committee of the Satellite Symposium on Hypothyroidism, organized by the American Thyroid Association. The surveys asked demographic information as well as satisfaction with treatments, physicians and opinions of their physicians’ knowledge about treatments for hypothyroidism, need for new treatments and quality of life due to hypothyroidism.

The study is obviously controversial, and Dr. Alan Farwell, Program Committee member says, “[i]t is important to realize that this was a voluntary survey and respondents may not represent the majority of the >10 million individuals in the U.S. with hypothyroidism.” And this may be so. However, it is certainly a supportive study for checking in with patients regarding how they are experiencing treatments, not just for hypothyroidism.

1| Patients are dissatisfied with therapies and physicians

The average patient response when rating overall satisfaction of the therapy they were receiving for their hypothyroidism, on a scale from 1 to 10, was a 5. This is juxtaposed with an average rating of 10 for the degree to which hypothyroidism has affected their life.

Those taking natural preparations were more satisfied. Animal derived natural thyroid or desiccated thyroid extract (DTE) was rated on average with a 7 out of 10 for satisfaction. Levothyroxine, the synthetic form of T4 was given an average score of 5. Combination therapy with levothyroxine and synthetic T3 (liothyronine or cytomel) was rated an average of 6. It was noted that individuals taking DTE reported less problems with weight management, energy levels, memory or mood compared to the other two drug therapies.

There was a strong majority of respondents who reported a desire for the “development of additional hypothyroidism treatment options.” The average score for this question was a 10. Even the DTE group is wanting more options for the treatment of hypothyroidism. 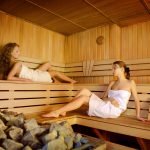 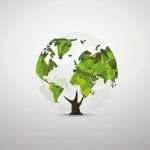