A new research study from Australia – Curtin University – is looking into the use of N-Acetyl Cysteine (NAC) for the treatment of methamphetamine addiction.1 A clinical trial to prove its efficacy as well as safety is pending.

The trial has been named N-ICE and is being conducted by the National Drug Research Institute, Curtin University. “Ice” is street term for crystal meth. The hope is that NAC will help provide a reduction in the cravings that are seen with addiction to this drug, and aid in the ability to quit.

NAC has been noted to have a modulating effect on neurochemistry

In previous studies, NAC has been noted to have a modulating effect on neurochemistry, targeting specifically glutamate in the brain. Glutamate is a known factor in the experience of cravings. Methamphetamine is known to trigger mood changes, which can lead to self harm, and NAC has been seen to reduce these types of mental symptoms in other studies.

NAC is currently used conventionally for acetaminophen overdose, as well as in patients with cystic fibrosis. It is also used widely as an antioxidant to support liver function, support immune function, break up bacterial biofilm and thin mucus. It is well known for its use in alcoholism to counteract the toxic effects of alcohol on the liver. It has many other uses.

The trial will include 180 participants. Half will be given NAC for 12 weeks, while the other half will serve as the control group. The researchers hope to publish the results within the next 2 years. This will be the largest clinical trial using NAC for addiction and could support the use of a low-cost intervention for the growing problem of drug addiction. 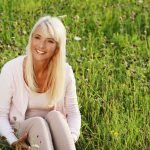 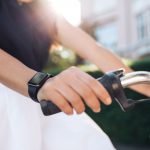