Sex ratio—the proportion of male to female live births—can be an important indicator of the reproductive health of a population, whether animal or human. This figure is fairly constant, with worldwide averages ranging from 102 to 108 male births for every 100 female births (50.4% to 51.9%). New research from Canadian scientists on the sex ratios of indigenous tribes around the Great Lakes shows a significant skewing of the human sex ratio in this heavily polluted area.

Numerous studies in amphibians (frogs, lizards, salamanders, alligators) have shown not only a decline in sex ratio, but in anogenital distance and genital size directly related to exposure to bioaccumulative toxins such as DDT, PCBs, phthalates and dioxins. A study released in August of this year was the first to show evidence of in utero bioaccumulative toxin exposure and a decrease in anogenital distance in newborn humans. Anogenital distance and genital length in males are two predictors of reproductive ability and sex ratio in all species.

The Chippewas of the Aamjiwnaang reserve reside within the St. Clair River Area of Concern, immediately adjacent to several large petrochemical, polymer and chemical industrial plants. Soil and sediment assessments show that the reserve land is heavily contaminated with pollutants such as PCBs, a variety of potentially toxic metals, volatile organic compounds, and phthalates and dioxins, furthering the theory that these chemicals have severe reproductive effects on humans. 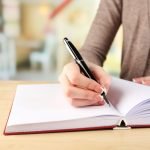 Letter From the PublisherNaturopathic News 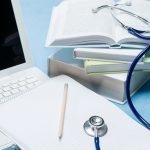 Toward A Definition of CAM Part 3: The Origins of Naturopathy as a Medical System Within CAMEducation, Naturopathic News