The Link Between Excess Iron and Parkinson’s Disease

According to research from the Andersen lab at the Buck Institute, published online in The Journal of Neuroscience, there is a link between excess iron and Parkinson’s Disease. The study shows that the damage the excess iron found in the brains of patients with Parkinson’s disease (PD), which is an incurable neurodegenerative condition that affects motor function, stems from an impairment in the lysosome. The lysosome is the organelle that acts as a cellular recycling center for damaged proteins according to the study.

The result of this is that the impairment allows that excess iron to escape into the neurons where it causes toxic oxidative stress.

“It’s recently been realized that one of the most important functions of the lysosome is to store iron in a place in the cell where it is not accessible to participate in toxic oxidative stress-producing reactions,” said the main researcher. “Now we have demonstrated that a mutation in a lysosomal gene results in the toxic release of iron into the cell resulting in neuronal cell death.” 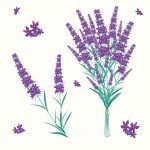 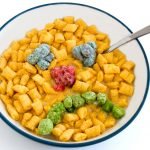 The Impact of High Fructose Diet on Offspring Naturopathic News