The human vasculature consists of arteries, veins, and capillaries where blood circulates in a certain direction. As the heart pumps blood, the arteries that carry blood throughout the body also work. The arteries alternately dilate and contract, allowing blood to progress. This propagation is known as a pulse wave. The walls of the arteries should be elastic enough, though not too much so, to allow the pulse wave to proceed without the walls of the arteries rupturing. As the blood vessels age, the arterial wall stiffens. Stiffening increases the risk of cardiovascular disease and the risk of cardiac mortality. Female sex hormones have been shown to affect several factors that regulate vascular wall elasticity, so high estrogen levels are thought to be one of the mechanisms by which young adult women acquire a lower risk of cardiovascular disease than their male peers. Studies measuring both hormone levels and arterial stiffness in women differing due to their age or use of hormonal products are scarce.

“Our study combined two datasets including young adults and middle-aged women. It allowed for a comprehensive examination of the different hormonal statuses involved in women’s lives,” says Associate Professor Eija Laakkonen from the Gerontology Research Center and the Faculty of Sports and Health Science, University of Jyväskylä. “We were able to study the associations of the natural menstrual cycle and the use of birth control pills, as well as the natural menopause and the use of hormone therapy with the flexibility of the arteries.”

The entire study consisted of women aged 19 to 58 years. The older the women were, the stiffer their arteries were. Of the hormones measured, estradiol and follicle-stimulating hormone were associated with arterial stiffness, but age was a stronger determinant of stiffness than hormone levels were. Examination of the subsets showed hormonal state to be associated with arterial stiffness. The attenuation of the pulse wave was faster in the late follicular and ovulation phases than it was during menstrual bleeding. Combined oral contraceptive users have varying hormonal levels due to taking pills containing estrogen and progestogen for the first three weeks and then changing to hormone-free pills for a week during which withdrawal bleeding occurs. While taking the hormonal pills, the arteries were more elastic than they were during bleeding. Among menopausal women, postmenopausal women on hormone therapy had the stiffest arteries.

“Based on this study, we can conclude that age is a significant regulator of vascular functions, but hormones also play a role in regulating arterial elasticity at different stages of a woman’s life,” Laakkonen says. “In the future studies, it would be worthwhile to closely inspect and compare the effects of endogenous and exogenous hormones on arterial wall properties to better understand the regulation of arterial properties at different hormonal stages women live through. Such comprehensive studies have not been done yet.”

The research was carried out at the Faculty of Sport and Health Sciences of the University of Jyväskylä using the research data from the studies Estrogen, microRNAs and the risk of metabolic dysfunction (EsmiRs) and the Endogenous and exogenous hormones and performance in women (MEndEx). The EsmiRs study is led by Associate Professor Eija Laakkonen and MendEx is led by Lecturer Johanna Ihalainen. EsmiRs has been funded by the Academy of Finland and MendEx by the Urheiluopistosäätiö. 1. Eija K. Laakkonen, Jari E. Karppinen, Satu Lehti, Earric Lee, Emilia Pesonen, Hanna-Kaarina Juppi, Urho M. Kujala, Eero A. Haapala, Pauliina Aukee, Jari A. Laukkanen, Johanna K. Ihalainen. Associations of Sex Hormones and Hormonal Status With Arterial Stiffness in a Female Sample From Reproductive Years to Menopause. Frontiers in Endocrinology, 2021; 12 DOI: 10.3389/fendo.2021.765916 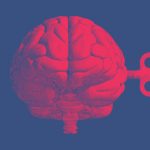 Manipulating Motivation in the BrainNaturopathic News 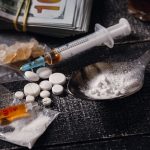 More to Drug Relapse than Just the DrugNaturopathic News