Where does the Sensation of Motivation Come From?

Our motivation to put effort for achieving a goal is controlled by a reward system wired in the brain. However, many neuropathological conditions impair the reward system, diminishing the will to work. Recently, scientists in Japan experimentally manipulated the reward system network of monkeys and studied their behavior. They deciphered a few critical missing pieces of the reward system puzzle that might help in increasing motivation.

Why do we do things? What persuades us to put an effort to achieve goals, however mundane? What, for instance, drives us to search for food? Neurologically, the answer is hidden in the reward system of the brain — an evolutionary mechanism that controls our willingness to work or to take a risk as the cost of achieving our goals and enjoying the perceived rewards. In people suffering from depression, schizophrenia, or Parkinson’s disease, often the reward system of the brain is impaired, leading them to a state of diminished motivation for work or chronic fatigue.

To find a way to overcome the debilitating behavioral blocks, neuroscientists are investigating the “anatomy” of the reward system and determining how it evaluates the cost-benefit trade-off while deciding on whether to pursue a task. Recently, Dr. Yukiko Hori of National Institutes for Quantum and Radiological Science and Technology, Japan, along with her colleagues have conducted a study that has answered some of the most critical questions on benefit- and cost-based motivation of reward systems. The findings of their study have been published in PLoS Biology.

Discussing what prompted them to undertake the study, Dr. Hori explains: “Mental responses such as ‘feeling more costly and being too lazy to act,’ are often a problem in patients with mental disorders such as depression, and the solution lies in the better understanding of what causes such responses. We wanted to look deeper into the mechanism of motivational disturbances in the brain.”

To do so, Dr. Hori and her team focused on dopamine (DA), the “neurotransmitter” or the signaling molecule that plays the central role in inducing motivation and regulation of behavior based on cost-benefit analysis. The effect of DA in the brain transmits via DA receptors, or molecular anchors that bind the DA molecules and propagate the signals through the neuronal network of the brain. However, as these receptors have distinct roles in DA signal transduction, it was imperative to assess their relative impacts on DA signaling. Therefore, using macaque monkeys as models, the researchers aimed to decipher the roles of two classes of DA receptors — the D1-like receptor (D1R) and the D2-like receptor (D2R) — in developing benefit- and cost-based motivation.

In their study, the researchers first trained the animals to perform “reward size” tasks and “work/delay tasks.” These tasks allowed them to measure how perceived reward size and required effort influenced the task-performing behavior. Dr. Takafumi Minamimoto, the corresponding author of the study explains, “We systematically manipulated the D1R and D2R of these monkeys by injecting them with specific receptor-binding molecules that dampened their biological responses to DA signaling. By positron emission tomography-based imaging of the brains of the animals, the extent of bindings or blockades of the receptors was measured.” Then, under experimental conditions, they offered the monkeys the chance to perform tasks to achieve rewards and noted whether the monkeys accepted or refused to perform the tasks and how quickly they responded to the cues related to the tasks.

Analysis of these data unearthed some intriguing insights into the neurobiological mechanism of the decision-making process. The researchers observed that decision-making based on perceived benefit and cost required the involvement of both D1R and D2R, in both incentivizing the motivation (the process in which the size of the rewards inspired the monkeys to perform the tasks) and in increasing delay discounting (the tendency to prefer immediate, smaller rewards over larger, but delayed rewards). It also became clear that DA transmission via D1R and D2R regulates the cost-based motivational process by distinct neurobiological processes for benefits or “reward availability” and costs or “energy expenditure associated with the task.” However, workload discounting — the process of discounting the value of the rewards based on the proportion of the effort needed — was exclusively related to D2R manipulation.

Prof. Hori emphasizes, “The complementary roles of two dopamine receptor subtypes that our study revealed, in the computation of the cost-benefit trade-off to guide action will help us decipher the pathophysiology of psychiatric disorders.” Their research brings the hope of a future when by manipulating the inbuilt reward system and enhancing the motivation levels, lives of many can be improved. 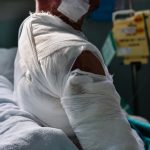 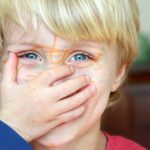