A plant group in our materia medica contains the isoquinoline alkaloid berberine or other protoberberines, which are primarily found within the plant families Berberidaceae and Ranunculaceae.1 Berberine, when applied topically to skin or mucous membranes, as well as with internal dosing, can have antibacterial, antiviral, antifungal, and antiprotozoal actions.2-4 In the more reductionist view of herbal medicine, the berberine alkaloid plants are often thought of as “natural antibiotics,” fighting infections, fevers, and inflammation, to be used when you do not want the prescription antibiotics and their adverse effects. This can yield some effective outcomes; however, there is a more complex mechanism of healing taking place that is more than just antimicrobial. When these plants are understood in the more holistic view of the healing process, which will be discussed further in this article, they can be more specifically applied with more effective outcomes.

An Array of Plants

Hydrastis canadensis (goldenseal), Coptis spp (goldenthread), and Xanthorhiza simplicissima (yellow root) are all 3 in the Ranunculaceae family, related to the buttercup. Hydrastis canadensis contains the alkaloid hydrastine, which is unique in this group of berberine-containing plants and is part of the more direct mucous membrane tonic action of goldenseal. Coptis chinensis (huang lian) comes to the Western materia medica from China. There is also Japanese goldenthread, Tibetian goldenthread, and American goldenthread, all medicinal. Xanthorhiza simplicissima is a southern plant, used extensively in similar applications as the other berberine-containing plants.

Berberis vulgaris (European barberry) and its barberry relations have smooth leaves and thorny stems and are deciduous. Some practitioners consider this plant to be the most effective because it has a higher berberine content.

The Mahonia group has prickly leaves but no thorns on the stem and is evergreen. Mahonia aquifolium and Mahonia nervosa, both called Oregon grape, are northwest species found in the wetter climate west of the Cascade mountains. Mahonia aquifolium is the state flower for Oregon. Mahonia repens grows in dryer areas on the eastern slopes of the Cascade and Sierra Nevada mountains. Michael Moore5-7 says it is superior to other Mahonia species. The Mahonia species differ depending on which region they grow in, each having similar medicine and similar medicinal actions, with their own potencies of medicine available.

The desert barberry, Mahonia trifoliata, is called algerita, a Texas species, also found in southern Arizona and New Mexico. It is used for impaired liver function, being a stimulant to bile flow and liver metabolism. The picture of someone needing algerita is dry skin, poor healing on skin or mucous membranes, constant bad breath, coated tongue (especially in the morning), difficulty in digesting fats and proteins, rapid shifting in glucose levels, lifelong preference for sweets, history of environmental allergies, and chronic constipation, as well as being an adrenal junkie.5-7 Herbalist Peter Bigfoot uses algerita to treat many conditions, in particular for women with menstrual cycle symptoms as a result of liver qi stagnation.

Evidence of the antimicrobial activity of plants containing berberine alkaloids can be found throughout the literature. Investigations demonstrated that the adherence of Streptococcus pyogenes to epithelial cells was inhibited with berberine sulfate, preventing this potentially problematic gram-positive bacteria from colonizing.8 An in vitro study9 showed susceptibility of Helicobacter pylori to the isoquinoline alkaloids in H canadensis. Several studies10-13 demonstrated inhibition of growth and activity by berberine against a group of protozoan organisms, including Entamoeba histolytica, Giardia lamblia, Blastocystis hominis, and the protozoa that causes Chagas disease, Trypanosoma cruzi. As an antifungal, M aquifolium was shown to eliminate Candida albicans overgrowth.14

The eclectic physicians focused significant attention on the use of Berberis aquifolium for syphilis, saying it fortifies the resisting powers by its alterative and reparative action.15 They state that it is probably not a direct antisyphilitic action but more the general effects on nutrition and elimination that bring about its outcomes.

Because of the similarities between Lyme disease and syphilis in transmission by a bacterial spirochete, in some pathophysiologic and immunologic responses in the body, and in the varied expression of symptoms as sometimes hidden or latent, it is important that attention be paid to how syphilis has been treated and to begin to consider these treatments in Lyme disease. Bacteria grow and spread through the use of biofilms. Ross Rentea, an anthroposophic physician, says that berberine stops biofilms. Notably, Lyme disease seems to perpetuate its existence in the body through the use of biofilms.

Berberine alkaloids are bitter in taste. This bitter taste, when taken in small doses, stimulates the digestive tract through the vagus nerve, promoting increased saliva, stomach secretions, bile production and flow, and pancreatic enzyme secretions; it stimulates peristalsis and overall enhances both digestion and assimilation, as well as elimination. When taken in larger doses, the bitter qualities can be too cooling and may shut down digestive system functioning.

Herbal practitioners of the 19th century, including the eclectic physicians, considered the medicine of H canadensis to be primarily a bitter tonic, taken in small doses to “stimulate the mucous membranes of the digestive tract to greater activity, promoting tissue feeding and rebuilding while strengthening the heart and nervous system.”16(p)Through this digestive tonification, which greatly influences the nervous system, many chronic conditions can be corrected.

The indications discussed in the writings of the eclectic physicians for the use of H canadensis, M aquifolium and M nervosa (Oregon grape), and Coptis spp (goldenthread), all berberine-containing plants, clearly show their focus to be that of tonification. These include the following:

In the catarrhal state, mucous membranes secrete yellow or yellow-green exudates,15 which are prevalent among inflammatory conditions, including pharyngitis, sinusitis, otitis media, rhinitis, vaginitis, and cystitis.

Being bitter, these plants high in the yellow berberine alkaloids have alterative action, that of cleansing the blood. The lymphatic system function is activated. Bile flow is stimulated, freeing the energy of the liver, moving stagnation. When the liver is flowing, there is better digestion and improved elimination through the colon. Berberine plant medicine can increase kidney filtration and elimination. Increased excretion from the liver and kidney, 2 major organs of elimination, lightens the burden on the skin, so skin conditions like acne, impetigo, eczema, and psoriasis17 are supported to resolve and heal.

Samuel Thomson prescribed B vulgaris as an alterative tonic in this way: 4 oz each of berberis, populus, and prunus; crush and macerate in 1 gallon of cider for a few days. Dose is 1 tablespoon 3 times a day.18

William H. Cook, a physiomedical practitioner, describes the action of H canadensis on the mucous membranes step by step in this way: “…first, secures the separation and discharge of any viscid secretion, then diminishes the secretion without reducing it below the normal quality, and renders it more healthy in character. At the same time, relieves turgid conditions and achings and disposes any ulcerated portions to heal.”18(p)

In herbal preparations, berberine-rich plants can resolve diarrhea and dysentery through altering the gut terrain, creating an environment where the pathogenic organisms are unable to exist. In the homeopathic materia medica, however, Boericke19 discusses the use of H canadensis for chronic constipation due to atonic function. The homeopathic picture also emphasizes gastroduodenal catarrh, an overall weakness and debility, torpid liver, and jaundice.

There is not agreement about the best preparation for these plants. They are very bitter, so compliance has to be a consideration. Cook wrote: “the decoction does not present the full strength of the article, hence the preparation should always be of the hydroalcoholic class.”18(p) Ryan Drum20 suggests in his writings that one should rely on the decoction rather than the ethyl alcohol extraction. The anthroposophic practitioners work with the spagyric extract that has been homeopathically potentized, in liquid or in capsules. Extracts or powdered herb is available in capsules. Of course, the plant is available fresh when harvested on your own. Topical preparations can be infused oils, salves, creams, powders, suppositories, and washes. Caution should be exercised regarding the quality of this plant on the herbal market, especially in relation to harvesting techniques and care of the harvest roots between the forest and the marketplace.

Berberine and the Heart

Dr Christopher used H canadensis combined with (not surprisingly) Capsicum annua (cayenne) as a heart tonic.16 According to him, barberry was slightly superior because of a slightly higher percentage of berberine; however, Oregon grape acted more reliably in the case of scorbutic (scurvy) and syphilitic problems.21 The eclectics discussed the use of H canadensis and its beneficial effects on the cardiovascular system, primarily through tonification, stimulating respiration and circulation and therefore tonus to the entire system.16 The current literature cites effective use of berberine to treat congestive heart failure and cardiomyopathy.22

Rudolf Steiner,23 through anthroposophic medicine, connected the use of berberine and cardiovascular health. He said that berberine gives the heart strength, useful primarily in congestive heart failure. It works to balance lipids and improves glucose levels and insulin sensitivity. In his lectures on heart disease, he made an interesting observation and postulation, especially considering that he was lecturing and writing this material in 1920. His idea was that modern transportation leads to pronounced heart weakness due to the effect of high-speed vehicles on the passively transported persons, creating a tremendous stress on the cardiovascular system (and planes were not even being used then). This is food for thought considering the significant increase in heart disease that our culture is seeing in the 21st century. Steiner recommended eurhythmy exercises and the use of berberine to strengthen the connection of the soul (astral body) to the physical body. Some have postulated that when traveling, especially rapidly across time zones, it takes time for the spirit to catch up with the body, expressed in jet lag. Consider the use of berberine for travel stress, travel fatigue, jet lag, and motion sickness.

Each plant that contains the berberine alkaloids brings its own unique signature to the healing process. In the body, the affinity is for tonifying mucous membranes, moving the liver, and, through these actions, effecting tonification throughout the entire system. Dose is important, with small doses being more stimulating and larger doses being more cooling and potentially suppressive.

So, whether you are considering the use of H canadensis (goldenseal), one of the species of Mahonia (Oregon grape, algerita, or Japanese mahonia), Berberis spp (barberry), Coptis spp (goldenthread), or X simplicissima (yellow root), tapping the healing power of the berberine alkaloid plants can bring not only antimicrobial support but also improved overall function. And as with all plant medicine, all levels of healing are influenced, including physical, emotional, mental, and spiritual.

Robin DiPasquale, ND, RH (AHG) earned her degree in naturopathic medicine from Bastyr University in 1995 where, following graduation she became a member of the didactic and clinical faculty. For the past eight years she has served at Bastyr as department chair of botanical medicine, teaching and administering to both the naturopathic program and the bachelor of science in herbal sciences program. Dr. DiPasquale is a clinical associate professor in the department of biobehavioral nursing and health systems at the University of Washington in the CAM certificate program. She loves plants, is published nationally and internationally, and teaches throughout the U.S. and in Italy on plant medicine. She is an anusara-influenced yoga instructor, teaching the flow of yoga from the heart. She currently has a general naturopathic medical practice in Madison, Wis., and is working with the University of Wisconsin Integrative Medicine Clinic as an ND consultant. 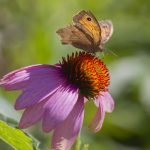 Echinacea: A Brief History of Use and ResearchBotanical Medicine, Education, Nature Cure
Breakthrough in Omega-3Naturopathic News