Cancer Cachexia in the Elderly: The Role of Nutritional Supplementation

Within the elderly patient population, cancer is a growing concern. In 2013, there were an estimated 841 million elderly cancer patients (ECPs) worldwide, and this figure is projected to reach 2 billion by 2050. Furthermore, ECPs comprise 50% of all newly diagnosed cases of cancer, and 71% of cancer deaths occur in subjects 65 years and older.1 Within the ECP population, one of the most important comorbid conditions is cancer cachexia (CC).2 CC is a multifactorial syndrome characterized by severe and progressive weight loss due to a complex interplay between adverse effects related to cytotoxic therapies, cancer-related metabolic alterations, and diminished nutrient availability due to reduced intake, impaired absorption, and increased losses.3,4 For more information on the etiology of CC, refer to Figure 1.

The gradual loss of skeletal muscle mass is the primary clinical feature of cancer cachexia.5 Low muscularity can also be a characteristic of obese patients.6 Inflammation is a key component in the pathogenesis of cachexia, with an imbalance between proinflammatory (TNF-α, IL-6) and anti-inflammatory cytokines (IL-4, IL-12) promoting cachexia development and progression. Proinflammatory cytokines are released by both the tumor and the host’s immune system.5,7 The incidence of cachexia depends on cancer type, with breast cancer patients exhibiting a lower incidence of weight loss (~50%) as compared with the 75% rate of cachexia incidence in prostate, pancreatic, gastric, and ovarian cancers.2, 8 As nutritional status, weight, and muscle mass are all significant determinants of patients’ quality of life, progression of disease, and survival,7 these factors are of important consideration in the ECP population. 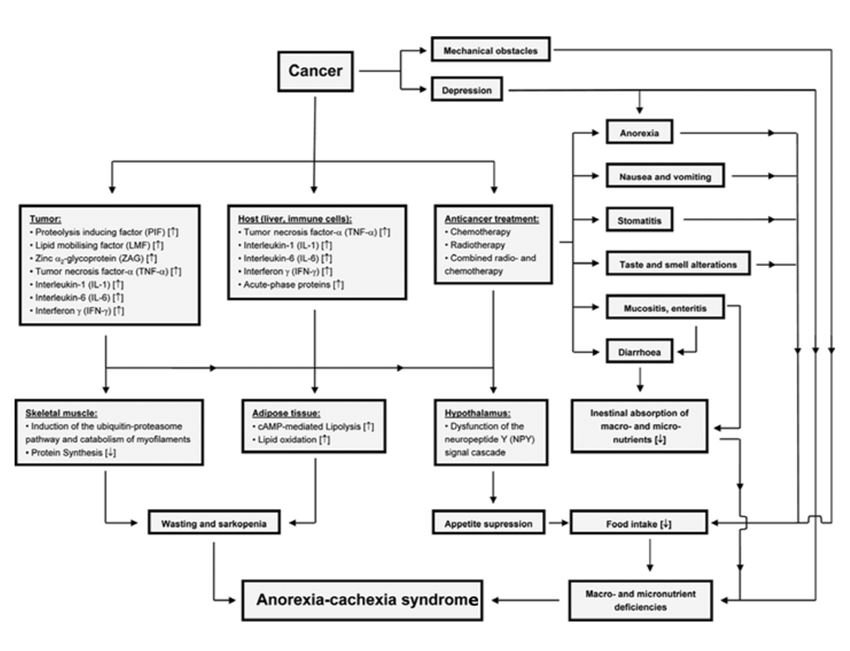 To make a diagnosis of CC, the patient must have at least 1 of the following physical findings6:

Malnutrition is another concern within the ECP population, leading to cachexia if it is not properly treated. It is characterized by an imbalance of energy, nutrients, and protein that cause detrimental effects on body composition and clinical outcome. Although malnutrition is not necessarily accompanied by cachexia, all patients with cachexia are malnourished.5 Malnutrition within cancer patients negatively impacts quality of life,11 compromises the efficacy of conventional treatment,4,11 increases the risk of treatment-associated complications, and increases mortality by 30%.8

Nutritional status was recently found to be inadequate in 66% of ECPs, according to the Mini Nutritional Assessment (MNA).12 A poor score on the MNA is predictive of early death in patients over 70 years of age.12 Specifically, a BMI of less than 25 kg/m2, along with reduced lean body mass, was found to be a predictor of toxicity in patients with metastatic renal cell carcinoma who were prescribed sorafenib.13 Moreover, a higher rate of dose-limiting toxicity was found in patients with a low ratio of skeletal muscle mass to body surface area who were administered capecitabine.14 CC and malnutrition are also associated, with an increased risk of surgical complications15 such as delayed wound healing.5 Refer to Table 1 for more information on the incidence of malnutrition depending on the cancer type.

Table 1. Incidence of Malnutrition Depending on Cancer Type8

The prime therapeutic targets to assess when treating CC are: loss of muscle mass, systemic inflammation, and malnutrition.3 To assess muscle mass, bioelectrical impedence analysis (BIA) and anthropometric measurements (such as the mid-arm muscle area) are feasible for use in clinical practice. Moreover, physical tests such as hand grip strength and gait speed can be performed as part of a physical exam.2 To assess inflammation, CBC, C-reactive protein (CRP), and levels of proinflammatory cytokines may be utilized.2,7

Nutritional screening may be used to evaluate patients’ nutritional status, followed by nutritional assessment to characterize the extent of malnutrition. Nutritional screening tools include the Mini Nutritional Assessment (MNA) and the Malnutrition Universal Screening Tool (MUST), both of which have been validated in cancer patients.16 The MNA assesses patients’ intake of protein, fruits, and vegetables, in addition to current prescriptions and anthropometric measurements. The MUST assesses BMI and the extent of weight loss within the prior 3-6 months.16 A comprehensive nutritional assessment includes the following data5:

Within the medical community, CC is recognized as an adverse effect of cancer; however, the consequent weight loss is rarely assessed.6 Cachexia does not respond well to usual nutritional support alone, thus requiring the use of specific anti-cachectic agents.1,17 It becomes possible to address the inflammation and loss of lean body mass characteristic of CC by utilizing a combined approach of proper nutrition and the use of anti-cachectic agents.7

The conventional treatment of CC involves: corticosteroids, progestational agents (such as megasterol acetate),18 non-steroidal anti-inflammatory drugs (NSAIDs), prokinetic agents, cannabinoids, and TNF-α inhibitors. While these agents stimulate appetite, the consequent weight gained is due to increased fat mass and fluid retention instead of an increase in muscle mass.19 Thus, other therapeutic options should be explored in search of more favorable patient outcomes.

There are evidence-based dietary strategies and nutritional supplements that may be utilized to manage cachexia. The International Cachexia Society recommends 1 to 1.5 g of protein/kg of body weight daily to address the loss of lean body mass.20 There should be an equivalent portion of protein being ingested in each meal, with additional protein being supplemented between meals. To stimulate the postprandial muscle protein synthesis rate, 2.5 g of leucine supplementation along with 20 g of dietary protein is efficacious in healthy older individuals.20 Leucine works in part by activating a specific protein kinase that drives protein synthesis, thereby enhancing its anabolic effects.21 In implementing dietary modifications, it is also important to recognize that elderly patients are likely to have well-established dietary patterns. Accounting for the patient’s habits/preferences when prescribing nutritional interventions will improve compliance.22

Eicosapentaenoic acid (EPA) is a nutritional supplement conferring a multitude of benefits for cachectic patients. The effects of EPA were studied in non-small cell lung carcinoma patients referred for chemotherapy and radiotherapy.23 Compared to the control group, the patients receiving EPA displayed better weight maintenance, lost less fat-free mass, and had an increase in mid-upper-arm circumference approaching statistical significance (p=0.06), suggesting a beneficial effect on lean body mass. Moreover, there was an improvement in physical, social, and cognitive function in addition to global health status within the EPA intervention group.24 An open-label trial also studied the efficacy of EPA in preventing weight/muscle loss in non-small cell lung cancer patients receiving chemo. CT scans were utilized to assess body composition. Among the patients receiving EPA, 69% maintained or gained weight during chemo (0-6.7 kg) compared to 29% of patients in the control group. Thus, maintenance of weight, muscle mass, and muscle quality was shown in patients receiving EPA at the outset of their chemotherapeutic regimen, with EPA being tolerated well.25

L-carnitine is an amino acid derivative of lysine, a deficiency of which may contribute to cachexia in cancer patients.26 Similar to EPA, L-carnitine is able to modify the inflammatory responses that mediate the loss of lean body mass seen in CC.15,27 As a supplement, L-carnitine has shown promising results in human trials. In a placebo-controlled, randomized controlled trial (RCT) involving 72 patients undergoing gemcitabine chemotherapy for advanced pancreatic cancer, either oral L-carnitine or placebo was supplemented at a dose of 4 g/day.15 Participants’ initial mean weight loss at the outset of the study was 12 +/- 2.5 kg. After 12 weeks of L-carnitine supplementation, participants’ BMI increased by 3.4 +/- 1.4%, compared to a decrease of 1.5 +/- 1.4% (p<0.05) in the placebo group.15 The increase in BMI was attributed to both increases in fat mass and body cell mass. Moreover, the administration of celecoxib (a COX-2 inhibitor) in combination with L-carnitine has been shown to significantly increase lean body mass and grip strength, as well as fatigue, a symptom which is often difficult to manage in cancer patients.27 These results suggest that L-carnitine may be safely used on its own28 or with celecoxib.27

Vitamin D may also play a role in the reduction of cancer cachexia, as it has been shown to suppress IL-6, a proinflammatory cytokine that is a key mediator of the muscle wasting seen in cancer cachexia.29 Over a 6-month period, Hopkins et al studied the effect of 800 IU/day of vitamin D3 on CRP and the pro-inflammatory cytokines TNF-α, IL-6, IL-8, and IL-1β in patients with sporadic colorectal adenoma.30 It was found that the overall inflammation z-score for all inflammatory biomarkers was significantly reduced by 77% (p=0.003). Thus, supplementing with vitamin D3 may reduce the risk of CC via its ability to modulate patients’ inflammatory status.29

With the number of ECPs on the rise and set to reach 50 billion by 2050, cancer cachexia – one of the most important comorbid conditions afflicting this population2 – is a salient concern. Cachexia reduces quality of life,2 compromises physical functionality,9 delays treatment and/or limits the dosage administered, and diminishes survival.2,3,6,7,10 As a result, addressing cachexia in a timely manner is vital.

Due to the adverse consequences that a loss of lean body mass entails, EPA and/or L-carnitine may be administered while the patient receives first-line cytoreductive measures such as chemotherapy/radiotherapy, to prevent further deterioration of body composition.25,28 If this is not possible, these anti-cachectic agents may be prescribed after the patient has completed treatment. Vitamin D3 may be utilized after first-line therapies have been completed.29 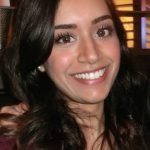 Sukriti Bhardwaj, BHSc, is a 2nd-year student at CCNM; she is also currently working as a research assistant within the department of Research and Clinical Epidemiology. Sukriti has a keen interest in integrative oncology and the role that various naturopathic therapies can play in the health and well-being of cancer patients. In addition to her interest in oncology, Sukriti has co-authored papers within the fields of psychiatry and digestive health. She appreciates that research has the potential to improve patients’ lives on a large scale, and is dedicated to contributing to the constantly growing body of literature in naturopathic medicine. 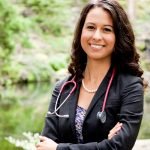 Monique Aucoin, BMSc, ND, is a licensed naturopathic doctor in Toronto, Canada, with a clinical focus on the treatment of mental health concerns and stress management. She is also a research fellow at the Canadian College of Naturopathic Medicine, where she studies the safety and efficacy of natural therapies. Dr Aucoin has presented research at conferences across North America and to hospital teams in the city of Toronto, sharing current research about the use of complementary and alternative medicine. For more information, visit: www.MoniqueAucoinND.com. 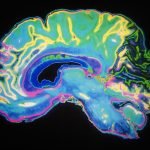 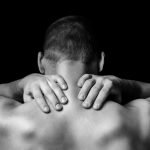