Over the years, there has been a steady rise in women’s health conditions such as breast cancer and endometriosis. Some say the increase is owing to better screening and testing. This may be partially true; however, during this past half century, the use of man-made chemicals in our environment has also increased. Most of the chemicals developed in the United States have not been tested to determine if they can harm human health. Investigations show that human exposure to chemicals in our environment can cause endocrine-disrupting conditions in women.

Synthetic chemicals can disturb the normal activity of estrogens, androgens, and other hormones in a woman.1 They do so by binding directly to hormone receptors, activating the hormone, and causing a chain of events as if the hormone itself was binding to the receptor.1-3 The toxic chemical may also bind and occupy the receptor, blocking normal hormonal activity, or it may interfere with proteins that regulate the activity of hormones.1-5 These effects may be associated with the development of breast cancer and endometriosis in women.

Cancer is a multifactorial process. Genetic, immune, and environmental factors have a role. Part of the process leading to cancer is damage to genes that regulate normal cell growth. This damage can be caused in part by exposure to chemicals in the environment and in part by other factors. Many chemicals have a proven link to breast cancer, but a few of the key toxins are the following:

Alcohol. Alcohol and breast cancer represent an area of great controversy. The Program on Breast Cancer and Environmental Risk Factors at Cornell University, Ithaca, New York, evaluated this issue in 1998 and released a fact sheet (http://envirocancer.cornell.edu/factsheet/diet/fs13.alcohol.cfm). Researchers there established that consumption of 2 to 5 alcoholic beverages per day is associated with a breast cancer rate that is 42% higher than that in nondrinkers. The mechanism is thought to be that alcohol increases the level of estrogen in a woman’s body.

Dioxins. Dioxins are formed by incineration and pollute the air and waterways, contaminate feed and crops, and eventually work their way into the food chain. Dioxins are a known cancer-causing agent according to the US Environmental Protection Agency. Researchers have just begun to make the link between breast cancer and dioxins. Women who worked at a chemical plant in Italy were exposed to dioxins during an explosion in 1976 and while working at the plant.7 Blood samples obtained from the women showed that those with high blood levels of dioxins had twice the risk of breast cancer.

Bisphenol A. Bisphenol A (BPA) is a chemical found in hard plastic bottles, the lining of some metal food cans, and some dental sealants. It was originally developed as a synthetic estrogen before it was approved for use by the plastics industry. Bisphenol A is an area of controversy, as some states are banning products that contain BPA, while the industry and Food and Drug Administration continue to state that it is safe. Laboratory investigations using human breast cancer cells showed that BPA stimulates breast cancer cell growth in a manner similar to that of human estrogen.8

Pesticides. Today, most people use pesticides around their home to kill insects, bugs, fleas, and rodents. Herbicides are applied to lawns, golf courses, and parks to kill weeds. Insecticides are applied to pets to kill fleas. The agricultural industry uses the most pesticides in its crop spraying, which can create pesticidal residue on produce that is sold to consumers.

A 2007 study9 measured blood levels of chlorophenothane (DDT) in women when they were younger and then tracked them over the next 20 to 25 years. The investigators recorded if women younger than age 50 years were diagnosed as having breast cancer or died of breast cancer. The researchers concluded that exposure to DDT before age 14 years was associated with a 5-fold increase in the risk of breast cancer before age 50 years. What makes this study notable is that many women who were exposed to DDT during adolescence in the early 1970s have yet to reach age 50 years. Does this mean that we will see an increase in breast cancer in the next few years?

Phthalates. Phthalates are a group of chemicals added to plastics to make them soft and flexible. Phthalates are known to disrupt women’s reproductive hormones and are often called estrogen mimickers.12 A study13 among young Puerto Rican girls with premature breast development showed that exposure to phthalates in the environment had a role in early breast growth.

Researchers also have determined that phthalates can interfere with the positive effects of tamoxifen citrate.14 This drug is often given to women with breast cancer to increase their chance for survival and to decrease recurrence.

Dioxin and Polychlorinated Biphenyls. Dioxin and polychlorinated biphenyls (PCBs) are organochlorine compounds that contaminate food and water. Deep endometriotic nodules in women with endometriosis are associated with high blood levels of dioxin and PCBs.15

Pesticides and Insecticides. Pesticides and insecticides have been shown to be directly estrogenic or to have estrogenic contaminants and could affect the growth of endometriosis implants.19 Examples include endosulfan, methoxychlor, toxaphene, dieldrin, kepone, lindane, and DDT.

Formaldehyde and Solvents. Formaldehyde and solvents are chemicals present in furniture, wood, carpet, upholstery, dry cleaning, cleaners, and many other products. A study20 looked at high-level exposure such as that among women working in the wood-making industry or among laboratory workers and found a direct correlation with the occurrence of endometriosis.

Cadmium. Using data from the National Health and Nutrition Examination Survey, researchers found that women with endometriosis had higher blood levels of cadmium than women without endometriosis.21

When evaluating a patient with breast cancer or endometriosis, there are many factors to consider, including chemicals that women are exposed to through air, food, water, and plastics. Evaluation begins with an in-depth exposure history. Testing can provide valuable information on recent exposure, as well as retention of chemicals in the body from past exposures. Testing for heavy metals, pesticides, solvents, phthalates, and other compounds is available from various laboratories. After completing a liver detoxification plan, it is important to prevent reexposure to these chemicals by educating women on how to avoid toxins in their everyday life.

You can find out more about the environmental links to women’s health conditions, including testing and treatment, in my book 8 Weeks to Women’s Wellness: The Detoxification Plan for Breast Cancer, Endometriosis, Infertility, and Other Women’s Health Issues. Learn more at http://drmarchese.com/. 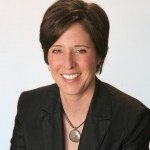 Marianne Marchese, ND, is the author of 8 Weeks to Women’s Wellness: The Detoxification Plan for Breast Cancer, Endometriosis, Infertility, and Other Women’s Health Issues. She maintains a private practice in Phoenix, AZ, and is a professor of gynecology at SCNM. She writes a column on environmental medicine in Townsend Letter: The Examiner of Alternative Medicine and was named in Phoenix Magazine’s 2010 Best Doctors issue as one of the top NDs. Learn more at http://www.drmarchese.com. 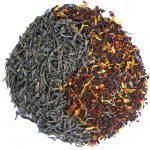 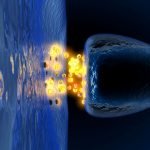