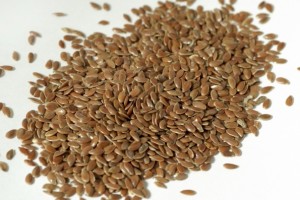 Flaxseed lignans offer a simple, effective and inexpensive way to decrease the risk of and aid in the treatment of breast cancer. Unfortunately, women with breast cancer are frequently advised to avoid flaxseeds. It seems this notion comes from research looking at soy isoflavones and has been wrongfully attributed to another form of phytoestrogen, flaxseed lignans. It is important to recognize that this notion is misplaced and overwhelmingly contradicted by the scientific evidence to date.

Research suggesting the avoidance of flaxseed lignans is minimal and poor at best. Two in vitro studies found that isolated enterolactone could both stimulate and inhibit the growth hormone-dependent breast cancer cells (Welshons et al., 1987; Mousavi and Adlercreutz, 1992). Interestingly, higher levels of enterolactone had cytotoxic effects on breast cancer cells while leaving healthy cells unharmed. These cancer-destroying effects could not be reversed by increasing amounts of estradiol, suggesting that enterolactone’s inhibitory effects were not antiestrogenic.

Clinicians unfamiliar with the substantial number of studies looking at the effects of flaxseed lignans on breast cancer often assume they will interfere with the effectiveness of the estrogen antagonist drug tamoxifen. As such, breast cancer patients who take this medication are commonly asked to avoid flaxseeds. However, several studies have looked at this issue and all of them have found the exact opposite to be true. Indeed, flaxseed lignans powerfully enhance the effectiveness of tamoxifen (Chen et al., 2007a, 2007b; Chen et al., 2004; Chen and Thompson, 2003). In one study, human breast cancer cells were implanted into pre- and post-menopausal mouse models. In the low estrogen group, tumor size was ultimately unchanged with tamoxifen treatment. When tamoxifen and flaxseed treatments were combined, however, there was a 54% reduction in tumor size. Incredibly, the mice treated with a 10% flaxseed diet alone had a 74% reduction in breast tumor size! Another conclusion might be that tamoxifen reduces the effectiveness of flaxseeds.

A side effect of tamoxifen in low-estrogen mice was a 39% increase in uterine size. You might recall that tamoxifen increases the risk of uterine cancer in women by almost eight-fold (Ferguson et al., 2005). Amazingly, not only did flaxseed lignans enhance the effectiveness of tamoxifen, but they also significantly reduced the uterine growth induced by the drug. There was no abnormal uterine growth in animals treated with flax alone. In the high-dose estrogen animals, both treatments significantly inhibited tumor growth. However, growth inhibition increased from 41% for tamoxifen treatment alone to 50% inhibition when combined with flaxseeds (Chen et al., 2004).

Soy isoflavones have been shown to increase the growth of breast tumors in post-menopausal animal models. This has resulted in the widespread avoidance of soy among women with post-menopausal breast cancer. Interestingly, in several studies, flaxseed lignans have been shown to halt the growth-stimulating effects of soy on human breast cancers implanted in mice (Power et al., 2006; Power and Thompson, 2007; Saarinen et al., 2006; Power et al., 2006). The authors of one study suggest, “This may indicate that if soy is consumed with lignan-rich foods, it may continue to induce its other beneficial health effects, without inducing adverse effect on postmenopausal breast cancer” (Power and Thompson, 2007).

An impressive study looked at women recently diagnosed with breast cancer (Thompson et al., 2005). Each day for the three weeks before their breast surgery, the patients consumed a muffin containing 25g of flaxseed (four tablespoons) or a regular muffin. Compared with women eating plain muffins, the breast tumors of the women consuming flaxseed lignans daily showed a 31% increase in apotosis, a 34% decrease in tumor proliferation and a 71% decrease in HER-2/neu expression. The last of these is associated with aggressive cancer growth, a higher likelihood of metastasis, greater chance of cancer recurrence and decreased survival. These are astounding results – seen in only three weeks – using a simple dietary change.

Women who carry a variant of the CYP17 gene have higher levels of sex hormones and an increased risk for breast cancer. Studies have found that women with these high-risk genes who consume the greatest quantity of dietary flax lignans dramatically reduce their risk of breast cancer by up to 70% (Piller et al., 2006; McCann et al., 2002).

The evidence thus far is clear and overwhelmingly without contradiction: Women with a history of breast cancer will very likely gain substantial anti-cancer benefits by increasing their consumption of flaxseed lignans.

Michael Uzick, NMD received his doctorate from Bastyr University. While in medical school he completed internships in cancer, training at Cancer Treatment Centers of America in Seattle and at the Bio-Medical (Hoxey) clinic in Tijuana. His clinical training also included specialty shifts at Bastyr’s Immune Wellness clinic. He has published articles on complementary medicine in such journals as Integrative Cancer Therapies and Alternative Medicine Review. He is a frequent lecturer on alternative therapies for cancer, hepatitis C and environmental toxicity; is a member of OncANP and the AANP; and served as the Naturopathic Medical Director for the Southern Arizona AIDS Foundation for four years. 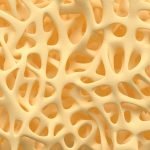