Prostate cancer is the most common invasive cancer and the second most lethal cancer in men. After the introduction of the total prostate specific antigen (tPSA) test in the late 1980s, detection increased dramatically, though mortality rates have remained largely unchanged. The promise of decreased mortality due to increased detection at screening and thus early treatment has not, so far, panned out (Ilic et al., 2006). Research is ongoing for potential herbal treatments for men with prostate cancer to avoid unnecessary invasive treatments and simultaneously increase quality of life while reducing mortality.

Punica granatum (pomegranate) has been a staple of traditional Mediterranean medicine for millennia. Pomegranate has long been used as an astringent for diarrhea and parasitic intestinal infections (Felter, 1922). Pomegranate has more recently been shown to have strong antioxidant, inflammation-modulating and anti-prostate cancer properties.

In a recent study, pomegranate fruit was extracted and applied to highly aggressive cancer cells (Malik and Mukhtar, 2006). The pomegranate extract was effective in reducing cell proliferation and increasing apoptosis in these cells.

In a single-center, open-label phase II clinical trial over the course of two years, pomegranate polyphenols were studied for their potential therapeutic effects in men with recurrent prostate cancer (Pantuck et al., 2006). All men in the study had rising tPSA levels following prostatectomy or radiotherapy. Patients in the study consumed 8oz of pomegranate juice daily (containing 570mg of total polyphenol gallic acid equivalents) until meeting disease progression end points. tPSA doubling times rose significantly, correlating with slowed disease progression. Pomegranate juice is a simple addition to any protocol. Many patients are using low-price substitutes for the brand used in the study, which may or may not be a good idea. The only adverse effect is nausea. Pomegranate should not be taken with other supplements or medicines, as the tannins may mildly reduce absorption.

In a separate study, the inflammation-modulating and antineoplastic effects of Scutellaria baicalensis root extracts were assessed against androgen-dependent and -independent human prostate cancer cell lines (Ye et al., 2007). Application of S. baicalensis was associated with growth inhibition in both cells’ lines that was both dose and time dependent. Much more work should be done with inflammation-modulating botanicals to determine the full extent of their benefit in prostate cancer patients.

Prostate cancer is associated with overexpression of insulin-like growth factor 1 receptors (IGF-1R), which stimulate cellular proliferation. Luteolin, a common flavonoid, has been shown to inhibit IGF-1R and block the proliferation of three prostate cancer cell lines (Fang et al., 2007). This fits neatly with recent evidence that a vegan diet, associated with low insulin levels, along with exercise and stress reduction can lower tPSA levels in men with localized prostate cancer (Ornish et al., 2005; Nguyen et al., 2006). This approach has also been shown to improve quality of life in men with prostate cancer (Daubenmier et al., 2006). As discussed in a previous article (November 2006 NDNR), Cinnamomum aromaticum (cassia) and other cinnamons as well as Syzygium aromaticum (clove) have shown potential as insulin sensitizers that might also be relevant in patients with prostate cancer.

In recent years, many studies have been conducted on the benefits of lycopene contained in tomato-based foods and the reduction of prostate cancer risk (Norrish et al., 2000). These foods are a rich source of vitamins C, A and E, folate and potassium, with carotenoids such as lycopene being the most abundant of the phytonutrients. Studies of lycopene and tomato-based foods have noted decreased serum PSA levels and possible modulation of biomarkers associated with the development of prostate cancer. Other high-lycopene foods include guava, watermelon, strawberries and red grapefruit.

In a non-randomized arm of a randomized placebo-controlled study, 32 patients with prostate adenocarcinoma were given meals containing pasta with tomato sauce daily for three weeks before they were scheduled for radical prostatectomy (Bowen et al., 2002). This was equivalent to 30mg lycopene per day. There was a 17.5% reduction in mean serum PSA concentrations and a 21.3% decrease in prostate cell DNA damage. One large prospective study failed to report a similar benefit from consuming lycopene-containing foods and reduced risk of prostate cancer (Kirsh et al., 2006). Thus, it is too early to know whether lycopene is a magic bullet or just another case of trying to reduce a food/herb to a single agent instead of recognizing the totality of the food/herb acting synergistically.

Research largely continues to focus on single-agent therapies, often presumably to develop patentable extracts or medicines. The use of multiple agents and approaches to maximize outcomes for individual patients, as is almost always the case in naturopathic medicine, has largely been overlooked. Some benefit is still being shown for several single herbal extracts in research, but holistic practitioners should continue to focus on multimodal protocols. 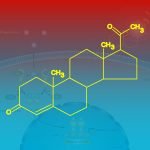 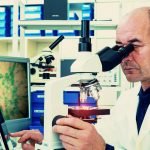