Wheatgrass Juice in the Treatment and Prevention of Cancer

The use of wheatgrass juice, Triticum aestivum (common wheat), for the treatment and prevention of cancer has been suggested and utilized by its proponents for more than 30 years, and an increasing body of research is mounting to support this claim. Skeptics say no clinical research has been done in a controlled setting, but there are a number of recent scientific studies as well as long-standing research. This article will explore in brief some of those studies, the biological reasoning for wheatgrass use, its constituents and appraisal for use.

The world’s most ubiquitous plant – grass – has more than 9,000 species, grows from the arctic tundra to severe desert regions and is a primary food source for a huge majority of the world’s mammals. The wheatgrass variety most often juiced and popularized by Dr. Ann Wigmore in the 1960s is from the hard winter wheat berry found in health food stores and clinics around the world. As a source of nourishment, wheatgrass juice (this class in particular) is a complete food known to contain all or nearly all nutritional elements (Meyerowitz, 2000). This high-nutrient content includes all essential amino acids with a 20% protein level (similar to meat); a full spectrum of vitamins, minerals and enzymes; and as much as 70% of oxygen-rich chlorophyll. Chlorophyll is known as the “blood” of plants, and differs only slightly from the human hemoglobin molecule. They are virtually identical, with the exception of the central atom (chlorophyll contains magnesium in the central atom, whereas hemoglobin contains iron). Wheatgrass juice is also known to carry more than 90 of the known 102 trace minerals found in rich soil. It includes the hard to come by B12, superoxide dismutase (SOD), mucopolysaccharides and the special fraction P4D1 (protein) known for its degenerative disease and anti-inflammatory uses (Onstead, 1996). These latter constituents and the high nutrient content together perhaps help explain and give some biological reasoning for its success with cancer treatment and prevention. Finally, one substance in particular, chlorophyllin, a breakdown product of chlorophyll and its water-soluble salts, has prompted numerous studies showing the efficacy of its use as an antioxidant, antimutagen and anticarcinogen. One recent collaborative study between Johns Hopkins School of Public Health, Oregon State University and the Qidong Liver Cancer Institute of China recommends chlorophyll-rich foods as a highly effective approach to chemoprevention (Egner et al., 2001).

Despite the medicinal use of wheatgrass juice for centuries as a healing agent and blood detoxifier, and the fact that proponents and clinicians have used it for treatment of gastrointestinal diseases, allergies, inflammatory diseases, anemia and many other conditions – including cancer, there is little or no information available from the USDA, FDA, AMA or American Cancer Society. Yet, cancer-fighting properties have been linked with the use of SOD, P4D1, chlorophyll and wheatgrass juice. A 1995 study by Dr. Pnina Bar-Sella reported that wheatgrass juice did indeed have antimutagenic activities (Clement, 1996). An April 2002 randomized, double-blind, placebo-controlled trial from Israeli hospitals concluded that treatment with wheatgrass juice was associated with significant reductions in the overall disease activity index with no serious side effects, and was recommended as an effective and safe adjunct or even as a single treatment for ulcerative colitis, which is known to lead to colon cancer (Ben-Arye et al., 2002)

Wheatgrass juice has been used successfully by doctors and clinicians for a long time with no known dangers or adverse side effects. It isn’t even a problem for those with wheat allergies due to its lack of gluten (Ben-Arye et al., 2002). From the thousands of daily users to the many medical applications – including cancer treatment and prevention, time-tested clinical uses (Optimum Health Institute, n.d.) and recent studies – it is evident that further “scientific” research is in order. Although a direct link to cancer prevention is always controversial and open to interpretation, wheatgrass juice as a therapy has proven safe and convenient. This can be confirmed with its millions of users, its time-tested OTC and clinical use and, finally, not only its previous anecdotal reports but also its recent scientific studies. Some opponents still claim, however, that the water content of wheatgrass juice is so high that the nutrient value is too dilute, and thus is virtually useless. At the same time, they also admit that research exists suggesting not only red blood cell stimulation and lessening of body odor (always a good sign), but also inhibition of carcinogens (Environmental Nutrition, 2000). Clearly, this growing body of evidence warrants further attention and study as not only a nutritious, health-promoting food and supplement, but also as a legitimate medical treatment and therapy. 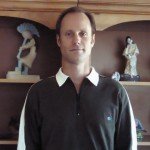 Claims for wheatgrass juice are mostly out to pasture, Environmental Nutrition 23(5):7, May 2000. 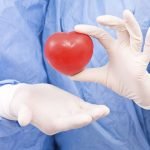