A Diabetic Breakthrough: A Son’s Gift of Health to His Father

There is a thought process that great entrepreneurs use when solving problems, which is called “researching your butt off!” This is the story of Ron Elul, an Israeli businessman who had successfully built and sold companies outside of the realm of medicine. However, when his father was diagnosed with type 2 diabetes and local physicians had a hard time getting his blood sugar under control, Mr Elul’s focus dramatically shifted. Either his father’s blood sugar stayed out of control or he suffered intolerable side effects from the medications prescribed to him. Forever the problem solver, Mr Elul was suddenly inspired to find better options.

His journey to find a natural treatment for his diabetic father took him around the world to countries such as Serbia, Guinea, China, Mexico, and the United Kingdom. But, in the end, the major contribution came from India in the form of Ayurveda. As he wrote later,

One day I was in Israel, and the next day I was 7,000 miles from home, deep in the jungles of Southwest India with my hands in the dirt studying potential contenders to support my father’s journey back to health.

The result of Mr Elul’s research was a unique combination of botanicals, extracted using proprietary methods, that work together to control glucose levels in diabetes mellitus. Let’s take a look at the ingredients.

Bitter melon (Momordica charantia) goes by many names, including balsam apple and balsam pear. This would suggest it’s a fruit; however, bitter melon is actually a vegetable in the Cucurbitaceae family, the same family as cucumbers.1-3 The bitter taste of this vegetable is reported in Ayurveda to deeply cleanse the body by way of removing toxins, clearing heat, cleansing the blood, tonifying the digestive fire, and supporting the health of several organs including the pancreas.4 Bitter melon has been associated with increased insulin secretion, decreased fatty acid synthesis, and reduced visceral fat.5

Per Ayurveda, the bark of the China berry tree (Melia azadirachta) is considered, bitter, astringent, and pungent in taste, and pungent after digestion, while being cooling in effect.6 It is often mistaken for Adadirachta indica, or neem. Animal studies have demonstrated significant anti-hyperglycemic effects, which may increase in a dose-dependent manner.7

Fenugreek (Trigonella foenum graecum) is known as methika in Sanskrit and methi in Hindi.8 Chemical components that may contribute to an anti-diabetic effect include galactomannan (a rich soluble fiber), saponin, and an amino acid called 4-hydroxy-leucine, all of which may enhance insulin secretion in studies of hyperglycemic rats and humans.9 In 2 small studies of type 2 diabetics, fenugreek was shown to reduce insulin resistance10 and to decrease fasting blood sugar and triglycerides.11

Gurmar (Gymnema sylvestre) is also known in Hindi as Shardunika, or the “destroyer of sugar.”12 Ayurveda describes this herb as a light, dry herb with bitter and astringent taste, which has a cooling effect in the body. Additionally, it acts as a “pungent,” having effects on the digestive, circulatory, and urinary systems.13 Western research has supported the claims that gurmar may decrease sugar cravings, reduce sugar absorption, and potentially help regenerate the Islets of Langerhans.14.15

Heart-leaved moonseed (Tinospora cordifolia), also known as Guduchi, or “the one who protects,” is found in the tropical areas of India, Sri Lanka, and Burma.16 According to A.K. Nadkarni’s Indian Materia Medica, guduchi (Tinospora) is described as “a stomachic, bitter tonic, alterative, aphrodisiac, hepatic stimulant, antiperiodic, mild diuretic, and demulcent.”17 Specifically, the herb has been observed to have anti-hyperglycemic activity.18 Recent research also indicates other beneficial actions of guduchi, from inhibition of nuclear factor kappa-B (NFĸB)19 to having potential anti-Parkinson’s activity (animal studies).20-22

Indian gooseberry (Emblica officinalis gaertn), also known as amalaki, derives from the fruit of the Amla tree. It has been called the “mother,” since its actions are so broad-spectrum in the body.23 In type 2 diabetics, Indian gooseberry has been demonstrated to have significant anti-hyperlipidemic and anti-hyperglycemic effects.24

Picrorhiza (Picrorhiza kurroa), in the Scrophulariaceae family, was first mentioned in 2 of the most influential Ayurvedic medicinal compendiums: the Charaka Samhita of internal medicine and the Sushruta Samhita of the school of surgery, both of which were written around 1500-1000 BCE. Picrorhiza has been shown in rats to enhance regeneration of pancreatic beta cells as well as glucose uptake by skeletal muscles.25

Skeels (Syzygium cumini) is recognized worldwide for its potential properties in cardiometabolic disorders, including anti-hyperglycemic, anti-inflammatory, antioxidant, and cardioprotective.26 The author of a German review stated the following: “Reductions on blood sugar levels by about 30% seem reasonably to be expected.” He added, however, that high-quality studies are needed.27

While the botanicals appear to be solid choices for a quality blood-sugar formula, the details are revealed in their effects on real patients. The Israelis are approaching this investigation on 2 fronts: 1) a multi-center, double-blinded, clinical trial; and 2) a pilot trial in the United States involving 20 or so patients. Unfortunately, data for the large clinical trial are not yet available; however, the small pilot trial, which I was involved in, has just wrapped up. A couple of cases from this trial are worth reviewing, as some statistically significant claims are emerging as a result of it.

Case #1 was a 6’5”, 381-lb former NFL lineman with type 2 diabetes and significant joint pain and fatigue; his hemoglobin A1c was >10%. He had failed or had side effects with every diabetes drug he tried, except for insulin. He came to our office lacking hope, but was ready to make real changes. He started off with a 10-day green juice fast, and then moved to a grain-free, low-animal-protein paleo diet. We used cannabis and curcumin to also help with pain reduction.

At 90 days, his A1c had dropped from 10.2 to 8.4. He stated that, over those 3 months, his life became worth living again. We started him on the new blood sugar formula, at 2 capsules with meals. We also initiated another 2 weeks of green juicing, followed by his paleo diet.

At his 6-month anniversary of working with us, he weighed in at a slim 298 pounds, and his A1c was 6.4. As measured by repeated scales, his joint pain was improved by over 80%, and his fatigue had resolved. Most importantly, he felt that he had gotten his life back. In reference to the Ayurvedic combination formula, we subjectively believe that it decreased his sugar cravings and was an integral part of his blood sugar success. He is now at 1 capsule with meals and will be retested in another 90 days. He reported no side effects, including hypoglycemia.

Case #2 was a 48-year-old female who stood at 5’2” and weighed 152 lb. She presented with joint pain and a HbA1c of 6.8%. Normally, we tend to avoid patients like her, because she was not willing to make dietary changes in the face of a disease that is clearly understood to be related to diet. She claimed that she was not significantly overweight, so why should she stop giving in to her sweet tooth? She was put on the Ayurvedic blood sugar supplement, 1 capsule with meals, but was warned that it might not work unless she changed her diet.

At 90 days, her A1c had dropped from 6.8, down to a normal 5.4. Her plan going forward was to eat whatever she wanted but to continue the Ayurvedic blood sugar formula to protect herself. She is due for a follow-up in 6 months. She reported no side effects, including hypoglycemia.

In reviewing the preliminary data, it appears that the formula works better with dietary changes but that it almost always improves blood sugar despite a poor diet.

In closing, we are glad to report that the father of the formulater is doing well. As mentioned, the formula is now being put to a test though clinical research, and it appears to be performing extremely well. But this shouldn’t be a surprise, as a son’s love for his father may be without limits, including possibly generating a significant breakthrough for type 2 diabetes. 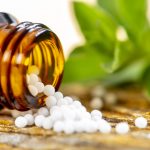 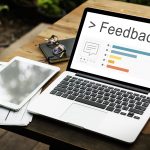