In Greek and traditional Arabic medicine, Arum palaestinum has a long history of diverse clinical applications, including the treatment of various infections, bone fractures, and cancer. In the 1st century AD, Dioscorides wrote the following description of the plant Arum maculatum in De materia medica: “The cuckoopint, which the Syrians call loufa.1 It sends out leaves similar to those of dragon aurum, but smaller and without spots, a stem one span tall, purplish and pestle-shaped, upon which the saffron-colored fruit grows; the root is white tending toward the root of dragon arum; it, too, is eaten boiled, although it is less pungent. Its leaves are cured for eating; they are also eaten boiled after they have dried by themselves. The seed, leaves, and root have the same properties as dragon arum. The root, plastered on, is efficacious for the gouty. It is stored the same way as the root of dragon arum and, in general, it is edible because it is not very pungent.”1 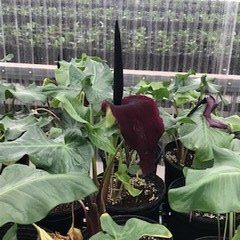 Though today Arum maculatum is often given the common name “cuckoopint,”2 Arum maculatum has purple-spotted leaves and would thus not seem to fit Dioscoride’s ancient description. Moreover, the Greek word loufa is a translation of the Semitic word, luf, a term still used in Arabic and Hebrew to refer to the purplish and pestle-shaped plant that is now known as Arum palaestinum. This strongly suggests that the description by Dioscorides was indeed written in reference to Arum palaestinum.3

It is also possible that, if in ancient Greek times the common name of cuckoopint (or cuckoo-pint) referred to more than 1 plant, Arum palaestinum Boiss was at least included in the botanical description offered centuries earlier by Theophrastus: “The root of cucko-pint is also edible, and so are the leaves, if they are first boiled down in vinegar; they are sweet, and are good for fractures…”

The method used to prepare the leaves as a food-medicine was consistent with how the leaves are still prepared today, that is by boiling them in water to remove toxicity that is present in the raw form, possibly caused by high oxalate content.4 Today, this beautiful lily is known by many common names, including the Arabic name of Lof falastene,5 as well as other common names such as black calla lily, Solomon’s lily, kardi, priest’s hood, and noo’ah loof. 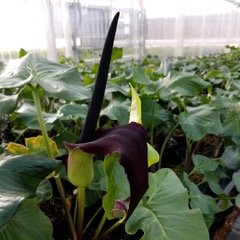 As reviewed elsewhere,6 the portfolio of chemical constituents in Arum palaestinum is impressive. Among its phytochemicals with identified anticarcinogenic action are flavonoids (eg, vicenin 2, cyanidin-3-rutinoside, epicatechin, isoorientin, orientin, isovitexin, vitexin, eriodictyol, luteolin, hesperitin, and chrysoriol), phenolic acids and their derivatives (such as rosmarinic acid), and terpenoid derivatives (including euphopubescenol, masillinic acid, and corosolic acid).

Arum palaestinum shines not only as a botanical of the Ancient Greeks, but also as a versatile botanical medicine incorporated into the system of traditional Arabic medicine – a system that was heavily influenced by Greek medical philosophy. In this system of medicine, for example, the power of the body to optimally correct and balance itself – the essential idea of vis medicatrix naturae – is referred to as Quwwat-e-Mudabbira. And, by application of 4-humour theory in traditional Arabic medicine, cancer is regarded as burned, black bile spreading to organs that then causes a “boiling” of black bile in affected tissues. Consequently, plants used in the treatment of cancer are those classified as cooling, including Arum Palaestinum.5

Based on its historical use, many people in the Middle East have continued to use Arum palaestinum as an herbal treatment for cancer, with over 40% of a 2011 cohort of Palestinian cancer patients (n=372) reporting use of the herb.7 In this study, the herb was not found to have herb-drug interactions or other safety concerns. Additionally, a regional survey of healthcare providers, conducted in 2012/2013, suggested that Arum palaestinum was the most commonly used herbal medicine by oncology patients within the Palestinian Authority.8

The emerging science, conducted both in vitro and in vivo, reinforces the basis for traditional uses of the plant. For example, water extract of Arum palaestium (both liquid and reconstituted powdered extract), as well as a water extract of Arum palaestium fortified with greater amounts of isovanillin, linolenic acid, and β-sitosterol, were tested in vitro for anticarcinogenic activity within androgen-independent prostate cancer cells.9 As shown in Figure 1, there was a dose-dependent reduction in cancer cell numbers for both the unfortified Arum palaestinum extract and the fortified version (GZ17) (A). The comparison in cell reduction between the fortified extract and vehicle (ie, control) was especially striking (B). And when only the additives used in fortification were tested, there wasn’t much activity (C), indicating that although the addition of the forticants potentizes the natural anticarcinogenic action of the herb, the forticants themselves are not active without the chemistry of the whole herb.9 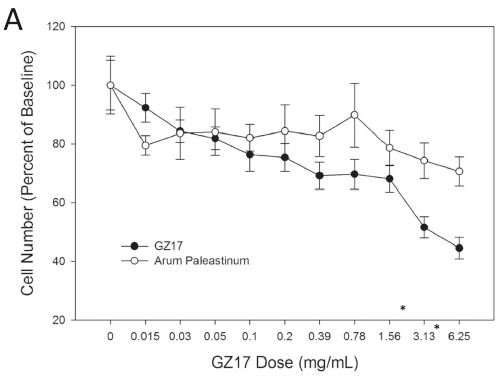 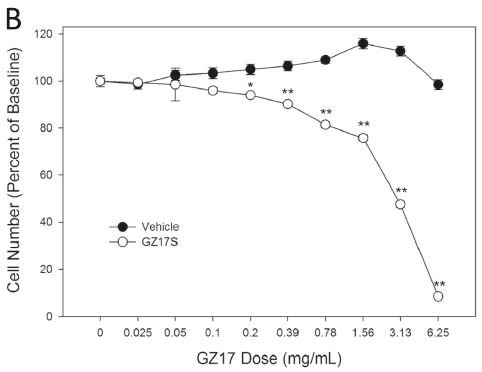 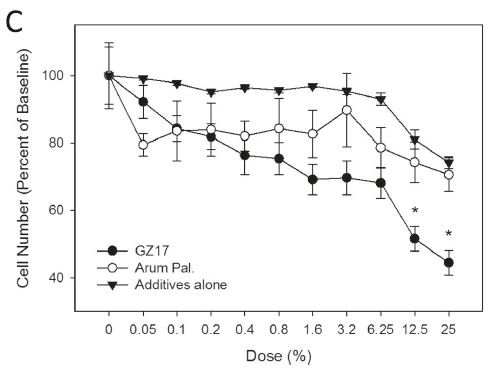 In addition to this in-vitro study, Cole et al also tested the in-vivo effects of the fortified extract of Arum palaestium on prostate cancer cells in nude mice; progression was monitored for over 3 weeks (Figure 2).9 While the rate of tumor volume growth was 73 mm3/d in the control group, the rate was only 24 mm3/d in the group receiving oral dosing of the fortified extract. 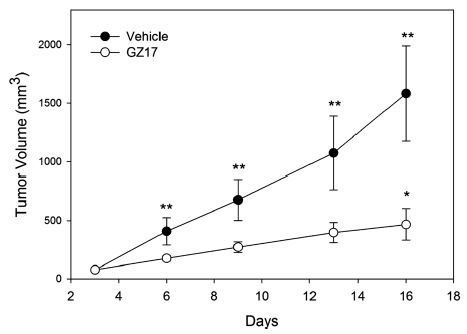 Tumor volume was measured in 3 dimensions with calipers.

Mechanistically, at least a portion of the anticarcinogenic action facilitated by the fortified extract of Arum palaestinum may be due to the observed significant induction of caspase 6, a pro-apoptotic enzyme with high relevance for prostate cancer10 as well as other solid tumors.11,12 This broadly applicable action of caspase 6 induction may also help explain the anticarcinogenic action of a mixture of Arum palaestinum, Peganum harmala, and Curcuma longa, as this mixture produced in mice a dose-dependent inhibition of head and neck squamous cell carcinoma – a cancer known for its low survival.13

Will Arum palaestinum end up being the next yew bark for cancer treatment? While it is too early to answer that question – and certainly no one is making claims to that effect – the data thus far look encouraging and seem a ripe invitation for clinical trials. This very well could be a happy situation where a healthy respect for the time-honored use of the herb in the Middle East flowers into a well-researched, clinical option for many patients in generations to come. 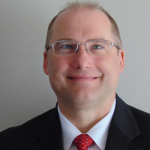 Benton Bramwell, ND, completed his undergraduate work in zoology at Brigham Young University (1996) and completed his Doctorate of Naturopathic Medicine at National College of Naturopathic Medicine, in Portland, OR, (2002). He is passionate about helping consumers have the very best, most efficacious dietary supplements to support their health and wellness. In addition to maintaining a private practice, Dr Bramwell enjoys being a consultant in the dietary supplement industry. 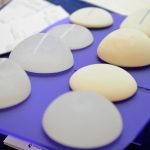 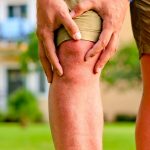