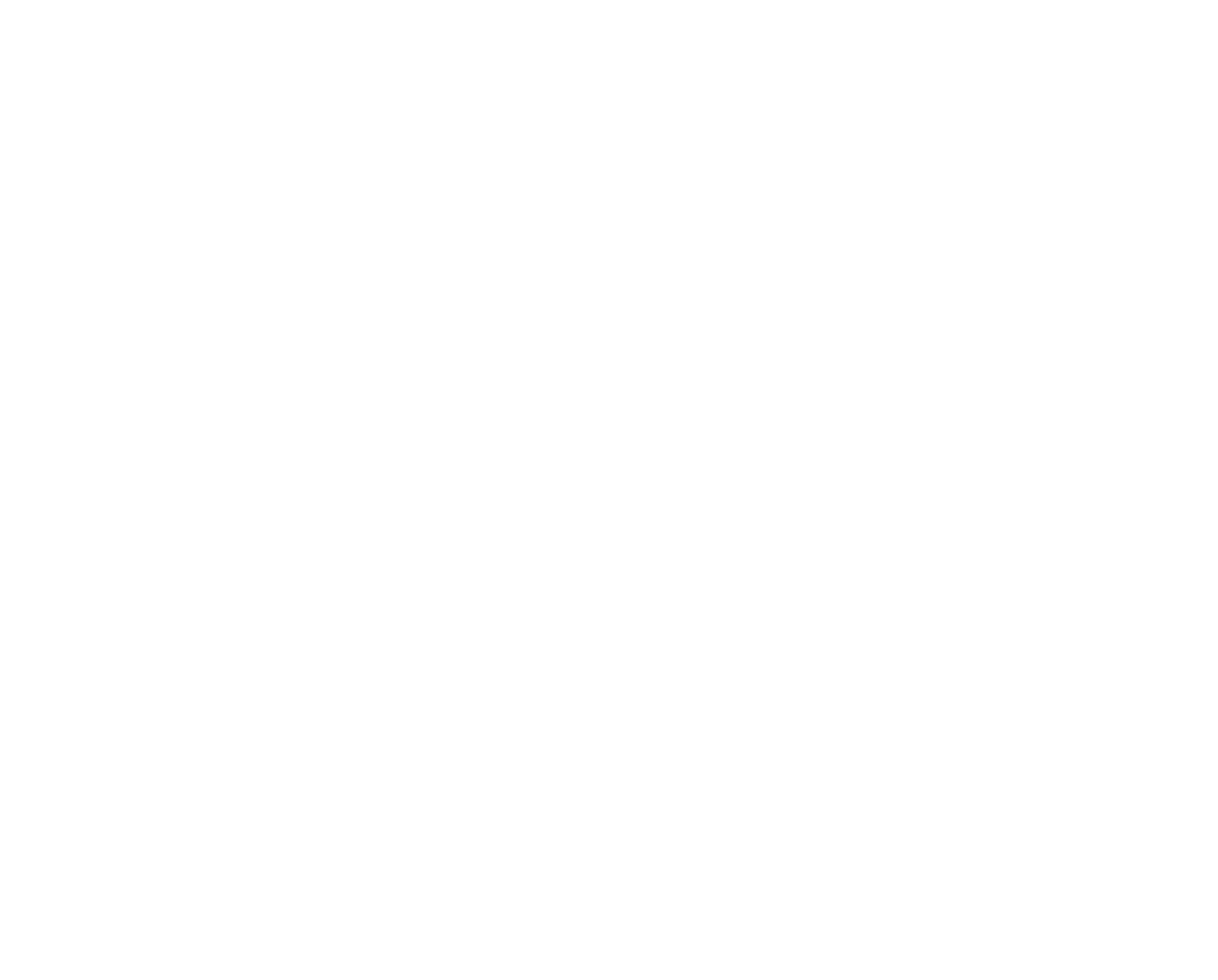 Energy Medicine: A Tool for Identifying the Root Cause of Pain or Disease

When patients present with pain or disease, an emotional component is associated with it. Often, the pain is getting the patients’ attention because they are unable to tap into it intuitively to understand at the cellular level the root cause. As NDs, we vow to treat the root cause of disease; however, we may be doing our patients a great disservice if we do not address the emotional cause. By using Energy Medicine and intuition, we can help bring awareness of the issue to the patient. This awareness gives the patient the opportunity to clear and/or release the dense energy. Once the dense energy is cleared, the energy body can flow more easily, allowing space to create healing.

Energy of the Body

Energy is vibration, and has the impulse to move. It is required to change healthy tissue to diseased tissue and vice versa. Illness and disease are manifestations of consciousness and dense energy. The root cause of imbalance may stem from a traumatic event (trauma-drama), emotion, belief system or program that doesn’t resonate with patients, and is imbedded in the cellular memory. Disease or pain may appear as a result.

In this process, it is important to understand that all cells have memory. The body remembers what it has been through. At the moment the sperm meets the egg, there is consciousness and cellular memory. The fetus may take on energetically what the parents are feeling.

Energy is required to change the imbalances by identifying what emotions, belief systems, trauma-dramas and DNA programs are embedded in the cells. When patients become aware of what the dense energy is, through the Energy Technique, they can choose whether or not to release it. This technique acts as another tool to assist patients with their healing process, and is described in more detail in the accompanying story.

The Emotional Component of Illnesses

Most medical conditions have an emotional component due to belief systems taught by parents, family members or a religious group. Belief systems may play a part in illness if the systems have been imposed upon patients and are not really theirs. The Energy Technique will allow patients to question their belief systems (based on where they are stored in the body) and whether or not they resonate with them. Then, patients will be able to release those beliefs if they choose.

One powerful influence on the emotional component is words. Words may influence feelings, and can penetrate at the cellular level because they have a frequency and vibration. When hurtful words are said out of anger, they penetrate the cells. Depending on patients’ feelings of inadequacy, fears or emotional balance, words may have a potent effect. As NDs, we must remind patients about the power of words and to watch how they use them around other people, especially children. Words that are spoken just one time have the potential to embed in the cells and stagnate.

For example, three words should be wiped out of patients’ vocabularies: Need, want, should. These words have a negative pretense and connote a lacking. Instead, they should use words like require, desire and deserve. These words are more powerful and have a more positive intention.

Emotions also affect body systems. For example, anger increases the body’s blood flow and raises blood pressure. It also increases levels of cortisol. In TCM, the energy created by the negative emotion may cause an imbalance in the liver (Liver Fire Rising), resulting in headache and flushed face; in extreme cases, it may precipitate a stroke.

Trauma-dramas are past events from patients’ lives that they continuously relive by retelling or dwelling on it. If a patient refers to the event and says, “I haven’t been the same since,” he or she is stuck in the past, and his or her future health may be altered by the inability to release that trauma-drama.

We all have contracts, or agreements, of what we are to experience in this life, and we have contracts with others as well. As NDs, we can work with patients to make changes in how they experience their contracts by identifying the “program” embedded in the DNA of every cell. Programs become part of the agreements or contracts in that they are played out in every life until the lesson is learned.

Programs exist deep in the core of the energetic being. Programs are based on fears, which stem from judgment, lacking and taking away. Programs are true, but are not the truth. Some common programs are: abandonment, victim, victimizer, loss of power, sabotage (greed), validation, controlling and non-acceptance. Once patients identify the program, they have the opportunity to release it from their cellular memory and choose not to make it part of their DNA/biology any longer. As a result, they no longer have to live that program in this life and their lives to come. This brings awareness that they did the best they could with the level of understanding they had.

The Energy Technique is another tool we can use to help patients become more aware of the emotional component/root cause of their disease or pain. It brings awareness at many levels, spiritually, emotionally and physically. It will allow patients to identify the emotion, trauma-drama, belief system or program in their cells so they can release it with understanding. It is through this release that patients will benefit, by allowing healing to take place.

As the facilitator, you are “being the space” and supporting the patient’s healing process. Be open to both your intuition and that of the patient.

This technique also can be used daily, on yourself or on others. Any time you experience a pain or emotion, ask yourself where you feel it in your body. Quiet your mind and see what the core issue is. Once you have identified it, release it with the breath. Say, “I no longer require _____. It no longer serves me. I choose to release it from my cellular memory. Instead, I replace it with _____.” As you take deep breaths to release and replace, allow the new healing energy to fill and penetrate every cell in your body.

A 20-year-old female presented with a history of migraine headaches since age 7; nausea after meals since age 16; right shoulder pain and numbness since age 19; and intermittent lower back pain. Upon further evaluation, she disclosed that a lumbar puncture was performed on her when she was nine months old for spinal meningitis and again at age 7 for viral meningitis. Cellular memory. Since then, she has had frontal and occipital HAs that come and go. She has had lower back pain and numbness that radiates from the puncture site down the legs for most of her life. Her right shoulder pain and the numbness to her fingers were due to a trauma (her ex-boyfriend was abusive and pulled her arm). Emotionally, she does not have a good relationship with her family; her father was verbally abusive and she disowned him. Meds: oral contraceptive and pre-natal.

I treated her with acupuncture and used the Energy Technique during the acupuncture treatment to address the trauma of each lumbar puncture, and the shoulder pain and nausea. The shoulder released frustration and fear of death. The nausea stemmed from her inability to control her environment as a child. It affected her solar plexus; she gave her power away. The lumbar area released pain and fear of the unknown, and sadness and frustration with her mother for not intervening with the abusive father. After releasing the dense energy, she and I developed new energy with supporting words to replace the old density.

After three treatments, along with making necessary diet changes, adding B-complex, EFAs, calcium/magnesium, fiber and Dan Zhi Xiao Yao San, she has been HA free, and her low back and shoulder pain and numbness are gone. She is no longer nauseated and has a sense of empowerment knowing that she cannot change the past. She can move forward and live a life without pain now that the dense energy is gone. She feels lighter. 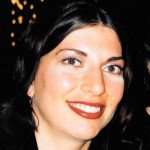 Christina Kovalik, ND, LAc is a graduate of SCNM and the Phoenix Institute of Herbal Medicine and Acupuncture. She has a general naturopathic practice focusing on women’s health, specifically infertility, PMS, menstrual irregularities, pre- and post-natal support, and gynecology. She wrote her master’s thesis on acupuncture and female infertility, and has formed a local fertility support group to address the mind/body/spiritual connection to fertility issues.

Anshara S: The Age of Inheritance: The Activation of the 13 Chakras, Scottsdale, 2003, QuantumPathic Press. 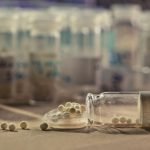 A ‘Lifetime’ of Understanding: Getting to the Bottom of a Fibromyalgia Case Can Require Repeated Attempts at HelpHomeopathy, Neurology, Pain Medicine 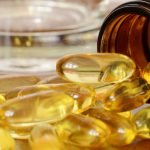