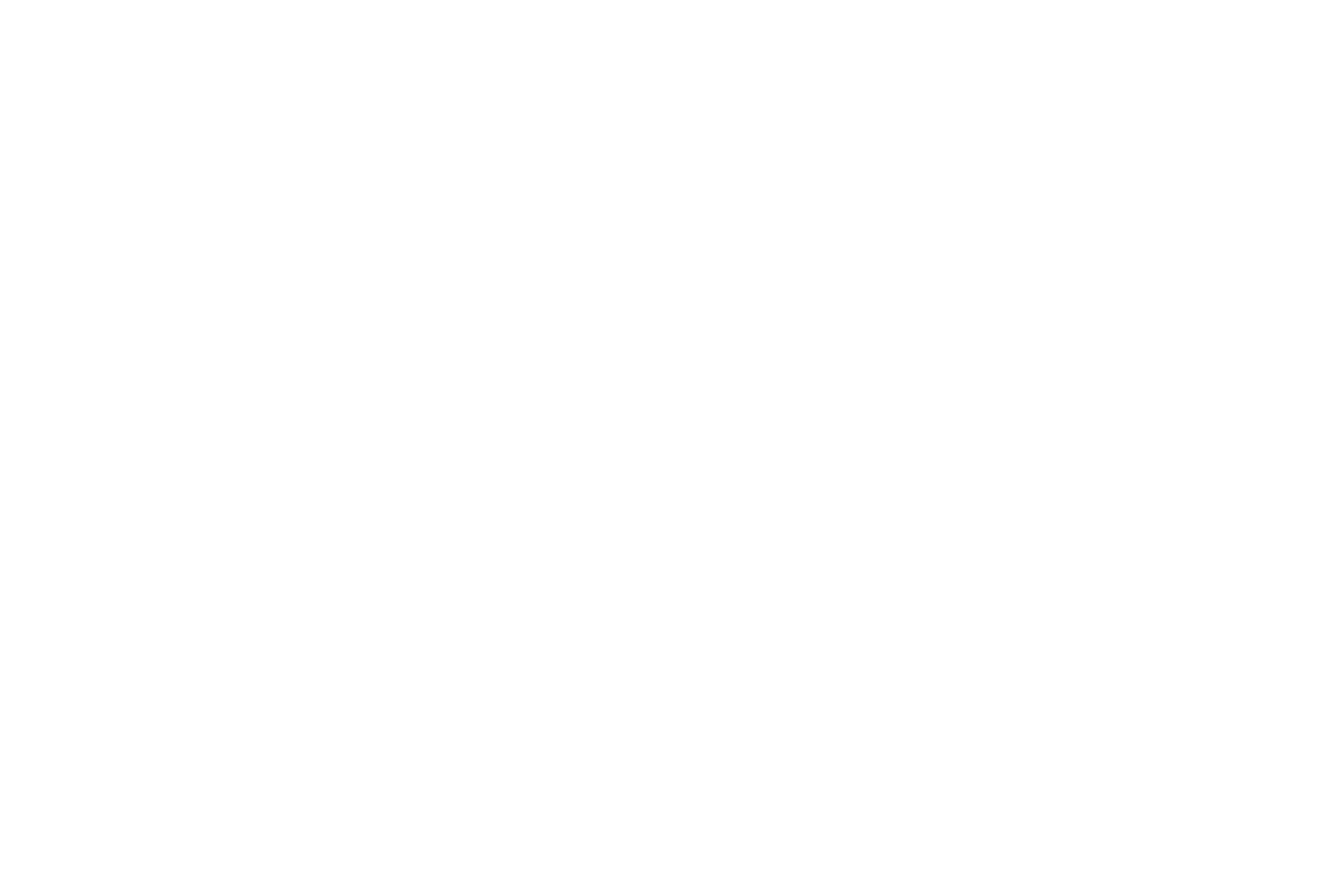 Platelet-Rich Plasma Injections: A Review of Their Use in Lateral Epicondylitis

Lateral epicondylitis (LE), also known as tennis elbow, is a relatively common condition in North America, estimated to affect 1-2% of the population per year.1 The annual incidence in tennis players (amateur or professional) is much higher, at 9-35% per year.2 Notably, LE also has a 5 to 9-times higher incidence than medial epicondylitis.3 The majority (80%) of cases of LE do not require treatment and resolve on their own, while surgical treatment is resorted to in 4-11% of cases.4

LE results from overuse of the extensor muscles of the forearm, leading to damage and degeneration of the affected tendons. Tendon repair is typically slow due to a relatively low blood supply.5 Recent histopathogical studies of LE have found surprisingly low levels of inflammatory cells at the site of the affected tendon, suggesting that the term “epicondylitis” may be a misnomer. Recent research has led to the hypothesis that the pathogenesis of LE involves “hypertrophy of fibroblasts, abundant disorganized collagen, hyperplasia of vascular elements, and eventually apoptosis and extracellular matrix breakdown.”6 This degenerative mechanism has largely supplanted the older suspected inflammatory mechanism of LE. The dominant symptom of LE is pain in the region of the common extensor tendon insertion on the humerus (lateral elbow), which is worsened on performing activities involving forearm extension.

The Role of Platelets in Healing

Data available on platelet-rich plasma (PRP) point to it having a “2- to 8-fold increase in platelet concentration and 1- to 25-fold growth factor concentrations” of that of blood.9 It has been suggested that PRP causes an exponential increase in growth factors at the site of injection, including PDGF, TGF-β, IGF, EGF, and VEGF, and that this enrichment of growth factors stimulates healing.8 In-vitro studies have corroborated PRP treatment leading to an increase in growth-factor concentration, as well as an increase in angiogenesis, enhanced cell proliferation, and increased total collagen production of tenocyte cells.10,11 The proposed proliferative and angiogenic effect of PRP makes mechanistic sense as a treatment for the typical poor vascularity and extracellular matrix breakdown involved in common extensor tendon injury.6

Platelet-rich plasma is isolated by drawing and centrifuging a person’s own blood (autologous blood) with an anticoagulant agent. Blood is collected from the patient’s vein on the day of the procedure and is centrifuged (Figures 1,2). The centrifuged blood separates into 3 layers: platelet-poor plasma (50%), platelet-rich plasma (5%), and red blood cells (45%) (Figure 3). The PRP layer (rich in platelets) is collected and used for injecting into injured or otherwise-affected areas of the body. Standards have not been established for an optimum preparation method of PRP; as a result, clinical trials have varied in preparation methods. Centrifuging speed, centrifuging time, usage of specialized collection kits, and usage of platelet activation factors (typically calcium chloride) have varied among the available clinical trials.12 It has been suggested that anticoagulant use is necessary when preparing PRP, to avoid activation of platelets within the centrifuge and premature release of growth factors.13 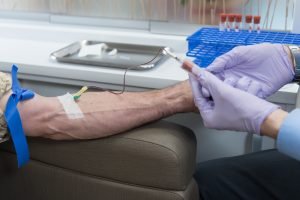 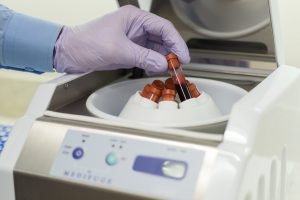 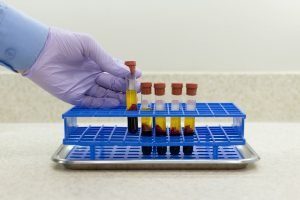 PRP has been prepared and administered differently by different investigators. Most investigators have used specialized kits for separating PRP from whole blood along with an anticoagulant and centrifugation,15-22 while some have simply centrifuged whole blood with an anticoagulant and manually collected PRP after centrifugation.16,23-27 There is currently no evidence that preparing PRP with a particular kit yields superior PRP compared to any other kit, or by centrifuging and extracting manually.12

Two trials have used calcium chloride for platelet activation, with the goal of stimulating growth-factor release,20,23 while most have not. It has been hypothesized that external platelet activation is not necessary for effective PRP treatment, as platelets are activated endogenously once injected.13 Also, while differing methods may be used to prepare PRP, it has been suggested that attaining a platelet concentration 4 to 6-times that of whole blood is the most important factor for achieving favorable treatment results.16 All but 1 of the available clinical trials gave only 1 injection of PRP in total, while a single trial gave 3 injections of PRP over the course of 3 weeks.18

PRP vs Other Treatments

PRP injections have also been compared to several other treatments in clinical trials. Available data suggest that PRP may be more effective than “sham” needling,17 laser therapy,18,25 and local anesthetic injections14,23 for treating pain associated with LE. One trial found that PRP was no better than saline injection.27 However, the prepared PRP in this study was estimated to have only 1.6-times the concentration of platelets compared to patients’ whole blood, which is below the 4 to 6-times concentration suspected to provide optimal results.

Recent review studies (2014-2016) have either found PRP injections to be an effective treatment for LE28,35-39 or an encouraging treatment which requires further research.6,40,41 One review paper published in 2014 concluded that there is “strong evidence” that PRP is an ineffective treatment for LE.42 However, this paper has been formally criticized for containing errors, misinterpreting data, and misapplying a data-grading tool. These criticisms were made by authors of 1 of the trials that were examined in the review.43 These recent studies are listed in Table 2. Several clinical trials studying PRP’s effect on LE have also been released since this review was published.

Table 2. Recent Reviews on the Use of PRP in Lateral Epicondylitis

Only recent reviews (2014-2016) are included here, due to the large number of recently-published clinical trials.

*Review study performed by de Vos, Windt and Weir has been criticised for having poor methodology.43

PRP injections are not recommended for pregnant women, those on anticoagulants, or those with active cancer, infection, or a bleeding disorder.

PRP’s use in orthopedics is a new field of study, with the first clinical trial in this area being published in 2006, only 10 years ago. However, over the past 10 years, a multitude of clinical trials and review papers have been published on the topic. LE is a condition which has met almost unanimously positive research on its treatment with PRP. The available research is clear in support of using PRP in the treatment of LE, even suggesting a significant benefit over corticosteroid injections, a commonly used treatment for LE. PRP has also thus far demonstrated minimal adverse effects compared to corticosteroid injections, which have shown evidence of progressed tendon degeneration over time. 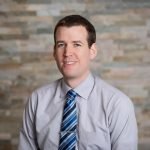 Colin MacLeod, ND, graduated from the Canadian College of Naturopathic Medicine in 2011, and returned to Nova Scotia to practice. Colin’s clinical focus is the treatment of pain with platelet-rich plasma, ozone therapy, neural prolotherapy, and acupuncture. He works with patients suffering from osteoarthritis, frozen shoulder, plantar fasciitis, Achilles tendonitis, and lateral epicondylitis. Colin aims to keep his patients pain-free so that they can stay physically active, social, and healthy. 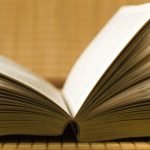 Book Review- The Fibro Fix: Get to the Root of your Fibromyalgia and Start Reversing Your Chronic Pain and Fatigue in 21 DaysAutoimmune/Allergy Medicine, Book Reviews 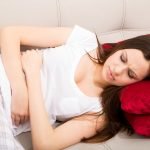