Introducing Solids to Infants: The Art of Naturopathic Medicine

A topic almost as heart palpitation-inducing as breastfeeding vs formula-feeding for new parents is introduction to solids. Parents want the best for their little ones, but so many factors can come into play when deciding when to introduce and what to introduce.

In a world that is increasingly being consumed by social media, there is an infinite number of mommy-bloggers offering baby recommendations; family and friends are always named as influencers; and, of course, parent frustration and the desire for happy babies can each play a role in making the decision to introduce food (too) early. How do you as a clinician guide parents through food introduction when they arrive at your office seeking help for their infant’s eczema or reflux?

As naturopathic doctors, we are arguably the best practitioners to discuss this minefield of information with our patients. We have a unique understanding of the benefits and consequences that nutrition can have for our immune health, gastrointestinal health, and our relationship with food as adults.1-3 As such, we need to stay on top of current guidelines, recommendations, and trends to best help our patients.4-7

What do we know and what do we agree upon? Health Canada, the Canadian Pediatric Society, the American Academy of Pediatrics, UNICEF, the World Health Organization (WHO), and most pediatric societies around the world agree on the following:

And, although there is evidence for and against, the recommendation to delay exposure to common food allergens seems to be disproven. In fact, it appears that later introduction to some foods may increase the risk of developing food allergies.9-12

However, we must not forget the art of naturopathic medicine during this critical growth period for infants. We need to marry the evidence with what we see clinically every day. The following case study helps to illustrate this.

BZ was a 5-month-old male who presented with 3 round lesions that were 4 cm in diameter on either cheek and behind left ear that were congruent with atopic dermatitis. The lesions, which were red and dry (no weepiness or pus) but not itchy, were at 6 out of 10, in terms of severity. All other skin was unremarkable and no other health concerns were noted. The eczema appeared in his first month, and had progressively been getting worse. His father had a history of eczema and allergies. They had no pets, and they lived in a 5-year-old house with no carpets. BZ had been on a probiotic since birth, as well as 400 IU of vitamin D daily.

Mom, 35 years old, had been a patient for 5 months. She presented to the clinic in her last trimester with fatigue and restless legs. She had a natural vaginal birth, with nothing else remarkable noted about her labor and delivery. Since her initial contact at clinic, the mom had consistently been on a probiotic, prenatal vitamin formula, docosahexaenoic acid (DHA), and vitamin D. At the time of this visit, she was exclusively breastfeeding, and planned to for at least a year to 18 months.

The purpose of this initial visit for BZ at 5 months was to go through guidelines of food introduction and discuss how to deal with the eczema. Mom wanted to introduce foods a bit earlier than 6 months because, she said, “BZ seemed fussy, and didn’t sleep through the night.” However, she acknowledged that BZ wasn’t sitting up yet and wasn’t really interested in food.

I put Mom on an elimination diet for 2 weeks, with a careful reintroduction schedule, to assess for aggravators of BZ’s eczema before starting food introduction. Restrictions included gluten, dairy, alcohol, caffeine, sugar, eggs, soy, oranges, corn, all nightshades including tomatoes, white potatoes and eggplants, shellfish, pork, strawberries, and all nuts. I made sure to educate Mom about getting enough calories and healthy fat to support milk production during this time. (Doctor as teacher)

I changed BZ’s probiotic to one including Lactobacillus rhamnosus, increased his vitamin D to 1000 IU QD, and began cod liver oil at a dose of 1/4 tsp QD. I advised continuing to feed on demand. I also suggested an olive oil-based balm and body wash for BZ if needed. Mom was already using natural cleaning products, but needed to switch detergents and soaps in the house to baby-friendly ones. (Doctor as teacher)

All of BZ’s lesions were at 1/10 after 2 weeks of the above recommendations. Mom introduced eggs into her diet, and BZ’s eczema flared back up to 6/10 within 3 hours. Mom decided to wait a week before introducing the next food on the list: dairy. There were no flare-ups with dairy, so she continued with the reintroduction schedule. Mom was also pleased that BZ wasn’t as “fussy.”

Over the course of 3 weeks, Mom slowly reintroduced foods into her diet, and discovered 3 foods that triggered BZ’s eczema: eggs, tomatoes, and corn. At this visit, BZ’s eczema was 0/10, although some dryness right after his baths was noted.

I love using egg yolk as a first food with my patients. Egg yolks are rich in choline and cholesterol – both critical nutrients for the nervous system and brain health/growth.13 In this case, we started BZ with sweet potato for a few days, then banana, then cooked pear, then butternut squash, and then avocado. We also started adding organic chicken livers – cooked and frozen, then grated into his foods – within the first week, to increase his iron intake.

Yes, the guidelines state introduction of foods between 4 and 6 months. Did we wait longer? Yes. Sometimes, when there are other concerns requiring attention, we need to address these first before embarking on food introduction. Sometimes the calendar says it’s time but the infant isn’t ready. As naturopathic doctors, we are perfectly equipped to help guide and educate patients during this fundamental time of growth. 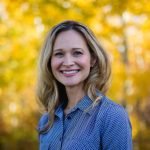 Carol Morley, ND, is a naturopathic doctor and graduate of the Canadian College of Naturopathic Medicine (CCNM). Carol is the owner of Zawada Health in Mississauga, Ontario, and is currently Vice-Chair of the Board of Governors of CCNM. She is also the author of Delicious Detox, a cookbook with meal plans and shopping lists to help guide patients in elimination diets. Her passion and enthusiasm for wellness is shared by regularly contributing to radio, print, and television. 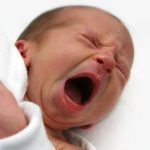 What’s All The Fuss About? A Naturopathic Approach to the Fussy Baby – Part 1Pediatrics 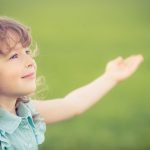