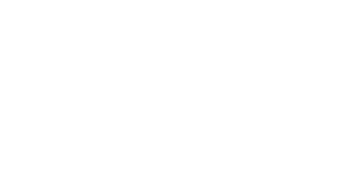 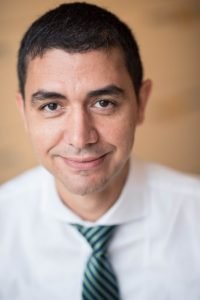 Shehab El-Hashemy (pronounced Sheh-HAHB El-hah-SHEH-me), ND, dean of the College of Naturopathic Medicine. Dr. El-Hashemy is an experienced naturopathic academic administrator, associate professor and practicing physician, as well as the author of two popular books on naturopathic and integrative primary care. Dean Melanie Henriksen, ND, LAc, CNM, who served at the university for more than eight years in senior administrative capacities, is leaving the position after accepting a position at Kaiser Permanente in Portland.

For the past seven years, El-Hashemy has been associate dean of academic delivery at Canadian College of Naturopathic Medicine (CCNM) in Toronto, where he has been responsible for establishing and maintaining academic quality standards meeting the stringent assessment of accrediting agencies and helping its students exceed professionally.

El-Hashemy received his Bachelor of Medicine and Bachelor of Surgery degrees from the Faculty of Medicine at Cairo University in Egypt, where he completed a core medical curriculum with specialty rotations. He received his Doctorate of Naturopathic Medicine from CCNM and completed a two-year residency program prior to his 13 years of private practice. He is completing a Master of Education degree this summer at the University of Toronto. A seasoned primary care trainer with focused expertise in pediatrics, El-Hashemy is the author of Family Medicine & Integrative Primary Care andNaturopathic Standards of Primary Care. He also served for 10 years in the Canadian Forces Navy as a commissioned officer and seaman.

Naturopathic medicine has been NUNM’s flagship program since the school’s founding. It is one of the university’s two core programs and the program for which the institution is most readily identified. The naturopathic profession has seen many advances in the past several years, including licensure in a growing number of states. NUNM is committed to continuing to advance the profession locally and nationally, and helping its students thrive in successful careers at the completion of their academic studies.

NUNM President David Schleich, PhD, who has known Dr. El-Hashemy for almost two decades, said, “This consummate naturopathic professional is passionate, well prepared, industrious and kind. He knows the terrain of the medicine, understands the politics and vicissitudes of higher education and health promotion, and is ready to hit the ground running.” El-Hashemy officially joins NUNM Sept. 1.

NUNM is the oldest accredited naturopathic medical school in North America and the leading educational authority in natural medicine education and research. Founded in 1956 in Portland, Oregon, as National College of Natural Medicine, the school changed its name in 2016 to National University of Natural Medicine to reflect its academic status as a university with its addition of undergraduate degree programs. NUNM also offers a number of doctoral and master’s degree programs in naturopathic and classical Chinese medicine, integrative medicine research, nutrition, sports medicine, and global and mental health. NUNM Health Centers, its SIBO Center for Digestive Health, and NUNM’s affiliated Portland metro community clinics provide healthcare services to many thousands of patients in Portland each year. Visit http://nunm.edu for more information. 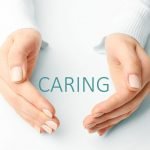