A Case Study in Osteoporosis

The Osteoinductive Activity of Cyplexinol

Osteoporosis, which is one of the most common metabolic bone diseases, is characterized by the loss of bone mass and an increased risk of bone fractures due to an imbalance between bone mineral deposition (ie, osteogenesis) and bone resorption. It is currently a major health problem, affecting over 44 million people in the United States.1 Women appear to be more susceptible to osteoporosis than men, representing about 68% of adults diagnosed with the disease.1 Additional risk factors include: a family history of osteoporosis, aging, and Asian or Caucasian ethnicity. Conventional treatments (eg, bisphosphonates) have demonstrated beneficial therapeutic effects in the management of osteoporotic lesions but are associated with detrimental adverse events. Cyplexinol® is a novel, natural protein complex that promotes pro-osteogenic activity in patients with osteoporosis, as is shown in the following case study.

The earliest stage of osteoporosis involves the loss of bone mineral density, which is typically a period of asymptomatic disease progression. However, bone mineral density loss generally continues until a bone fracture develops. The proper regulation of bone resorption is dependent upon a balanced relationship between osteoclasts that degrade bone tissue and osteoblasts that mediate osteogenesis (new bone formation); both of these processes facilitate healthy bone growth and remodeling.2 The production of osteoclastogenic cytokines (eg, tumor necrosis factor-α [TNF-α]) is suppressed by osteoblasts as well as peripheral T-cells.

Furthermore, age-related hyperparathyroidism can lead to the deregulation of parathyroid hormone production, abnormal calcium metabolism, and increased calcium release from the bone, all of which facilitate the development of osteoporosis.9,10 In addition, aberrations in the osteogenic differentiation of mesenchymal stem cell (MSC) precursors into osteoblasts may result in osteopenia and subsequent osteoporosis.2,11 MSC precursor differentiation is regulated by bone morphogenetic proteins (BMPs), which belong to the family of transforming growth factor-β (TGF-β) proteins. Additional growth factors, such as basic fibroblast growth factor (bFGF), insulin-like growth factor-1 (IGF-1), and vascular endothelial growth factor (VEGF), support osteoblast maturation as well.12

The case study discussed in this article demonstrates that the oral administration of Cyplexinol®, an osteoinductive protein complex containing bone- and cartilage-stimulating BMPs as well as proliferative growth factors such as TGF-β, bFGF, IGF, and VEGF, significantly increased bone mineral density, as determined by dual-energy x-ray absorptiometry (DXA). The term “osteoinduction” refers to the differentiation of stem cell (SC) progenitors into osteoblasts and chondrocytes. This process is regulated by BMPs. More specifically, though, this signaling pathway propagates bone and cartilage matrix synthesis (tissue) through osteoblast and chondrocyte differentiation, which subsequently promotes de novo bone growth and cartilage formation. The term “osteoinduction” was first coined by the orthopedic surgeon, Dr Marshall Urist, in his seminal work, The Autoinduction of Bone, published in 1965 in the journal Science.

During his academic career as the head of bone research at UCLA, Dr Urist strived to gain an understanding of what components in bone caused it to heal following fracture. He subsequently developed a technique that removed all of the mineral and cellular constituents within bone, leaving behind the collagen framework with a newly discovered bound protein. When this complex was introduced to MSCs, Dr Urist noted that the new protein complex induced the differentiation of stem cells into osteoblasts and chondrocytes, which produced de novo bone and cartilage tissue. He called this new protein Bone Morphogenetic Protein (BMP) and published his findings in 1965, thereby ushering in a new field of research and clinical medicine, known today as osteobiologics. As advancements in cell and molecular biology techniques were continually made in the 1970s and 1980s, it was revealed that Dr Urists’ discovery was not a singular BMP attached to a collagen molecule, but rather an entire family of BMPs that were covalently bound to and embedded within the collagen molecule. To date, we have discovered 22 isoforms of BMPs in the body, with BMP-2 through BMP-10 being concentrated in the bone matrix or tissue.

This BMP-complex promotes osteoinduction by acting upon transmembrane serine/threonine kinase receptors. In their downstream signaling, BMPs bind to either type 1 or 2 receptors for the activation of specific intracellular messengers known as SMADs. Osteoinduction primarily utilizes the activation of SMADs 1, 5, and 8 for downstream signaling. More specifically, BMP-activated type 1 receptors phosphorylate the intracellular signaling proteins SMAD1, 5, and 8, thereby forming heteromeric complexes with the common mediator SMAD-4.13 The activated complex subsequently translocates to the nucleus where it acts as a transcription factor that induces the expression of BMP-responsive genes. Accordingly, the activation of SMAD complexes induces mesenchymal stem cell (MSC) DNA, which propagates the differentiation of MSCs into either osteoblasts or chondrocytes.

By leveraging the same extraction techniques, this BMP-complex is extracted from a certified-organic, ultra-premium, food source yielding the only osteoinductive complex available for natural bone and joint health.; known as Cyplexinol. This complex is a patented ingredient, manufactured in a cGMP, FDA-registered facility managed by some of the same scientific and management experts from the pioneering surgical company, partnered with top executives from fortune 500 companies. Cyplexinol is the only ingredient proven to grow de novo bone tissue, providing the critical surface for minerals to bind to for healthy bones. Similarly, in joints, Cyplexinol is the only ingredient proven to differentiate MSCs into chondrocytes for new cartilage tissue growth via proteoglycan excretion.

Previous studies show that the ability of BMPs to promote osteoblast differentiation, along with the proliferative effects of growth factors such as bFGF, IGF, and VEGF,14-21 facilitate bone tissue or matrix synthesis, bone deposition, and mineralization.2 The following case study illustrates the potential role of Cyplexinol in the treatment of bone density loss during osteoporosis.

A 59-year old woman with menopause-associated osteoporosis presented with progressive loss of bone mass despite taking calcium and vitamin D supplements and being a nonsmoker. She was not receiving conventional osteoporosis treatment (eg, bisphosphonates), hormone replacement therapy, or using natural or synthetic steroids. Furthermore, she did not have a history of rheumatoid arthritis, Paget’s disease, type 1 or type 2 diabetes, or primary hyperparathyroidism.

DXA was conducted in order to obtain several bone mineral density scans. Three initial DXA scans of the lower lumbar region of her spine, taken at 0, 26, and 53 months, provided evidence of progressive bone mineral density loss that was consistent with the advancement of osteopenia to osteoporosis (Table 1).

After the scan at month 53, she was orally administered 2 tablets daily of a product containing Cyplexinol (one in the morning, and one in the evening). She followed this regimen for almost 3 years, from March 2009 to January 2012. Each tablet contained 200 mg Cyplexinol. DXA scans were obtained at 8 and 34 months into treatment. The T-scores from her DXA scans, in the form of standard deviations, were computed and compared to normative mean values for a healthy 30-year-old woman. The T-scores were subsequently averaged. The differences in Z-scores (reflecting how her bone density compared to the average woman her own age) demonstrated statistically significant differences over time, based on normal distribution and hypothesis testing where α = 0.05.

The T-scores obtained from the DXA scans demonstrated a statistically significant increase in bone density after 34 months of Cyplexinol supplementation. Specifically, T-score analysis of the DXA scan at 8 months after the treatment was started revealed a 10% increase in bone density that correlated with the cessation of a 53-month history of bone loss. The comparison of DXA scan T-scores at the start of the Cyplexinol treatment (month 53) and after the treatment period of 34 months, demonstrated a 51.5% increase in bone mineral density, consistent with the conversion of an osteoporotic spine to an osteopenic spine. Moreover, the L4 vertebrae T-score, which was -3.0 at the initiation of Cyplexinol treatment, improved to -0.9 after 34 months of treatment, consistent with normal bone density.

Based on research providing evidence of the osteogenic effects of BMPs and the proliferative activity of growth factors such as bFGF, IGF, and VEGF,12, 14-21 it was hypothesized that oral administration of Cyplexinol would increase bone mineral density and decrease bone density loss in individuals with osteoporosis. In this case study, the increase in bone mineral density that occurred as a result of Cyplexinol administration may be attributed to increased osteoblast-mediated bone mineral deposition. In particular, Cyplexinol is a BMP/growth factor complex that targets several pro-osteogenic pathways in a manner that is similar to polypharmacological approaches. That is, BMP ligands in the Cyplexinol complex more than likely elicit cumulative effects that may have synergistically enhanced the differentiation of MSCs in the spine into osteoblasts. Additionally, the results of this case study are consistent with preclinical research suggesting therapeutic benefits of BMP-2, BMP-6, TGF-β, and bFGF in the improvement of osteoporotic lesions.21-23

Larger, randomized, clinical trials with Cyplexinol are needed to confirm the potentially significant osteogenic effects of this BMP-complex for people suffering from osteoporosis. This case study, however, is encouraging, as it illustrates the reversal of an osteoporotic spine to an osteopenic spine after 34 months of twice-daily Cyplexinol supplementation. It is postulated that continued use of Cyplexinol will also prevent the recurrence of the woman’s osteoporosis. Based on the significant changes in the woman’s bone mineral density, the study was replicated and the findings again showed that long-term use of Cyplexinol results in positive alterations in bone mineral density deposition. Overall, Cyplexinol is an osteoinductive BMP and growth factor complex represents an innovative and efficacious therapeutic in the treatment of osteoporosis. 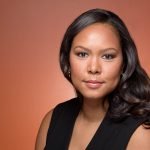 Jaquel Patterson, ND, is a naturopathic physician working in both Connecticut and New Jersey. She has over 9 years of clinical experience, with a focus on autoimmune disorders, osteoarthritis, pain management and inflammatory conditions. Dr Patterson also currently serves as President-Elect of the American Association of Naturopathic Physicians. 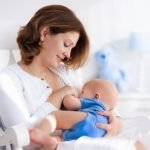 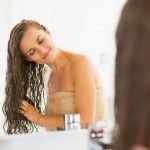