The buzz of “bioidentical hormone replacement therapy” (BHRT) is all around us. Hormone replacement therapy (HRT—“hostage rescue team,” in Federal Bureau of Investigation language) using an unopposed estrogen from pregnant mares’ urine began in the early 1940s. Throughout the 1960s and 1970s, heavy clinical promotion as protective against heart and cardiovascular disease was based in part on supportive findings from the ongoing Framingham Heart Study (1948-1986 and beyond), despite growing statistical rumblings of increases in uterine and breast cancer.1 In 1976, The New England Journal of Medicine reported: “For an estrogen user, the risk from endometrial cancer appeared to exceed by far the base-line risk from any other single cancer.”2(p1262) Beginning in the mid-1990s, the mares’ urine estrogen product was opposed with a progestin, a nonbioidentical progesterone.3 For women using HRT longer than 20 years, the Nurses’ Health Study4,5 (1976, expanded in 1989), while still reporting lower risk of heart disease with estrogen replacement alone or combined, showed significantly higher risks of breast cancer. In 2002, the Women’s Health Initiative (begun in 1991) was terminated early because the mares’ urine estrogen product opposed with a progestin was demonstrating increased risk of heart disease, blood clots, and stroke after only 4 years, while estrogen alone was showing increased risk of clots and stroke after 7 years.5,6 Enter BHRT.

But what does BHRT mean? Technically, it means the hormone molecule is chemically the same as endogenous. Beyond that and in the marketplace, there is a wide variance. For a huge part of the population—including the pharmaceutical industry, allopaths, radio and TV “health” personalities, Internet sites, and over-the-counter producers—BHRT may mean a “safe or natural fix it.” For NDs and our multidimensional medicine, it is an invitation. Rather than a literature review, this article (written from clinical observation, seminar material, and research) is about reading the invitation and reminding us what we do differently and why.

While genetics has a role in the expression of a woman’s estrogen, progesterone, and testosterone, her experiences and life choices are inductively far more significant, creating (in chicken-and-egg fashion) hormonal patterns that wholly shape her. We see her in a context that includes the following 3 elements:
(1) reproductive history (menarche and menstrual characteristics—including regularity, frequency, and nature [color, spotting, clotting, and cramping]—history of sexual [or other] trauma, sex of her children, and history of pregnancy, miscarriage, or abortion), (2) advancing age (her chronobiologic aging and her perception of her aging, her ego, coping skills, imagination, ritual life, and so forth7), and (3) stress and nutritional history (her level of and attention to nourishment and regeneration7-9).

We distinguish between a minimum of 2 basic patterns: excess estrogen and deficient progesterone. Because of their interplay, they actually coexist; however, one will have preceded the other, setting the stage.

Without your client uttering one word, her weight, breast size, and body type guide us. With the excess estrogen pattern (a chronic, possibly absolute, estrogen dominance) likely modified by habituation and accommodation, the woman standing before us is heavier vs lighter, endomorphic vs ectomorphic (in Ayurveda, kapha vs vata or pitta), and with larger vs smaller breasts. Other visuals may include obesity and a “flamboyant or curvaceous femininity” (big purse, big hair, and big nails). She is usually also a big-hearted woman.

Both basic patterns may be influenced by testosterone and cortisol. While conferring protection against breast cancer, high testosterone is visually associated with hirsutism and acne (and by history with polycystic ovary syndrome). Athleticism is another visual clue of an enduring normal to higher testosterone level.

History and symptoms of chronic excess estrogen include the following: (1) fibrocystic breasts or breast cancer; (2) heavy menstrual bleeds, irregular cycles, more dramatic premenstrual syndrome, endometriosis, uterine fibroids or cancer, and hysterectomy; (3) emotional and irregular eating patterns,8 carbohydrate heavy, with an increasing reliance on caffeine and sugar; (4) metabolic dysregulations like insulin resistance7,8 and diabetes and small bowel dysbiosis8; (5) inflammatory and autoimmune diseases8; (6) history of sexual abuse or boundary issues; (7) “drama queen,” amusing her family and then driving them and herself crazy; and (8) an exterior “pushiness” with internal loss of self.

History and symptoms of the progesterone deficiency pattern may begin early and include the following: (1) miscarriage; (2) slower postpartum recovery (male births more than female births); (3) moodiness, weepiness, and “depression” (for which many women from their mid-30s onward are put on antidepressants); (4) shortening cycle length (with or without heavier bleeds) and nighttime waking (with or without hot flashes), particularly between 1 and 4 am (liver or kidney); and (5) weight gain at hips, thighs, and buttocks.7

Symptoms of progesterone deficiency of longer duration include the following: (1) hot flashes, if not before; (2) fatigue, lassitude, and “powering down” behaviors; and (3) frank anxiety, worry, doubt, and dismay (with or without panic attacks).

While empiric evidence may suggest a therapeutic course, establishing an objective baseline may be helpful in demonstrating progress and legally wise if writing a prescription in unlicensed states. Some women come to us already on HRT or BHRT, affecting the initial test results. We may respect client comfort and use information about existing levels comparatively. Test options include the following: (1) blood testing, measuring mixed bound and unbound fractions, and (2) saliva testing, measuring only the unbound, bioactive fractions.

My clinical preference is the Seattle, Washington–based research laboratory that innovated and perfected saliva testing, offering the following: (1) an 11-sample panel for menstruating women showing the “dance” of estrogen and progesterone across the span of her cycle, plus testosterone and dehydroepiandrosterone (DHEA); (2) a single-sample postmenopausal panel showing all the 3 fractions of estrogen and progesterone, breast and uterine proliferation indexes, free testosterone, and DHEA; (3) à la carte testing, including adrenal and gastrointestinal components as desired;
(4) direct kit shipping to clients (great for rural and long-distance practitioners); and (5) clinical support.

We NDs have many ways to support a woman hormonally. One means is by indirect support, recommending that she reduces estrogenic expression (exogenous synthetics and excess weight), performs cleansing, and improves circulation. Other treatment options include the following.

Women motivated to achieve hormone balancing at the lowest risk are open to education on 3 factors: (1) endocrine disrupters and other environmental toxins10 (shampoos, cosmetics, city drinking water, microwaved plastics, organic food budget for the 10 foods highest in pesticides and herbicides, and so forth), (2) exercise (yoga, aiding bone health and the hypothalamic-pituitary-adrenal axis, and aerobic exercise, encouraging peripheral blood flow and tissue regeneration), and (3) diet.

Lower-risk treatment methods include the following: (1) estrogenic, progesteronic, and testosteronic botanicals, with product quality emphasis (The simpler the formula the better, especially in the beginning, while the patient’s pattern proves our assessment. Botanicals and pharmaceuticals can be used concurrently, reducing pharmaceutical dosing, risks, and costs, where physiologic need is fulfilled. Testosterone and progesterone have anti-inflammatory effects.8), as well as (2) emotionally supportive botanicals (hawthorn, lady’s mantle, motherwort, and many others) and (3) homeopathics (Sepia, Progesterone, and Staphysagria with abuse history).

Higher-risk treatment methods involve pharmaceutical-grade BHRT. Unless we use a compounding pharmacist who “gets” our concerns, all BHRT on the market may have ingredient issues, including but not limited to GMO soy, diluting agents, artificial colors and dyes, allergens, talc, stearates, preservatives, flavorings, and compounds our grandmothers would not recognize.13-16 United States Pharmacopeia (USP) progesterone and USP estrogen are vegan friendly and micronized and begin as dry powders that are later dissolved or suspended.17 The “bioidentical” powder may be synthesized rather than concentrated from natural compounding.17 Contraindications include cancer, liver disease, heart disease or a history of heart disease, inappropriate bleeding, deep vein thromboses, stroke, and allergy.18 Drug interactions include cytochrome P450 inducers or inhibitors (antibiotics, antifungals, and some antidepressants) and others.18 Recommendations are to follow up appropriately for safety and to test hormone levels every 6 months.

From the perspective of the pharmaceutical industry and many allopaths, the primary focus of BHRT (standard BHRT) is unopposed bioidentical estradiol, the most potent estrogen fraction, with premeasured (least flexible) applications and many additives. The industry BHRT is recommended for women aged 40 to 60 years; hot flashes are said to disappear within 2 years with or without treatment, with a recommendation to begin weaning at 22 months if treating.19 The secondary focus is bioidentical progesterone, which is considered relatively safe and neuroprotective; it is used to oppose hyperplasia and to promote bone growth.19

An allopath might offer standard BHRT in one of several formats, each with considerations. Pills (usually unopposed bioidentical estradiol), have lower absorption rates, require higher dosing, and have a higher risk of deep vein thrombosis and high triglycerides with oral vs transdermal administration.19

Bioidentical progesterone is formatted as a vaginal gel.

In naturopathic pharmaceutical grade BHRT, the primary focus is on unopposed bioidentical progesterone. Applications may or may not be premeasured or have undesirable additives. The secondary focus is bioidentical estriol, the weakest of the estrogen fractions. Both can be sourced from wild yam to avoid soy and GMOs.17

Here, too, several formats are available. Pills and capsules compounded from USP progesterone by compounding pharmacists are least preferred. Usefully, DHEA converts to both estrogen and testosterone, although unpredictably.

Transdermal cream and suppository formats from naturopathic suppliers and compounding pharmacists provide USP progesterone, USP estriol, and USP Tri-est. Progesterone, subject to less stringent regulation than estrogen, is also available from over-the-counter and Internet suppliers. Difficulties may include recipe ingredients, absorption and regulation characteristics (altered regulatory feedback), and overdosing with use as directed.

Perhaps the most efficient form is the sublingual “squirt,” including USP progesterone, USP estriol, and USP Tri-Est. Formerly dosed and administered as drops, compounding pharmacists are switching to a more accurate syringe-style applicator. Difficulties include recipe ingredients, and wild yam bitterness may make flavoring desirable. Benefits include easier dose and effect adjustments, tailorability, and safety and efficacy for long-term wellness.

Hormones are powerful “change agents.” With or without BHRT, we and our clients have effective, preventive, tailorable options in sync with nature. In our unique way, by educating and empowering clients to become their healthiest selves according to their own goals and natural law, we go about our business of making the world a better place.

Adjusting heavy menstrual bleeding without hormonal balancing in a young woman with a history of incapacitating, heavy bleeds since menarche. She was raised on an organic farm by parents living an alternative lifestyle. Regulation with oral contraceptive pills was unsuccessful, as was some dietary alteration. We got excellent results with Capsella bursa (containing tannins, quercetin, and saponins, for vasoconstricting, styptic, and antiseptic action [http://www.herbalextractsplus.com/capsella.html]), suggesting food allergies or lifestyle and emotional issues. She recognized Capsella as a plant native to their farm, said it had “called” her, and became empowered to make her own tincture. She never underwent testing, so we will never know whether she was estrogen dominant. 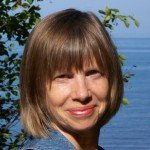 Katy Nelson, ND graduated from Bastyr University (Kenmore, Washington), has had an office since 1997 in Michigan’s rural Upper Peninsula on the shores of Lake Superior, and promotes our nature-devoted profession through consultation, writing, and undergraduate mentoring. She also blissfully designs and builds healing gardens nationally and internationally. Currently, while she is in Florida assisting her folks as her World War II veteran dad transitions through multiple myeloma, she is available for inquiry and project proposal at drkaty@drkatynelson.com (1-906-228-2298).

Mills D. A history of hormone replacement therapy: the history behind HRT and new alternatives, such as bioidentical hormones. http://www.womentowomen.com/bioidentical-hrt/historyofhrt.aspx. Accessed October 15, 2012.

Hoffman B. Hope for your hormones. http://www.hopeforyourhormones.com. Accessed October 15, 2012. 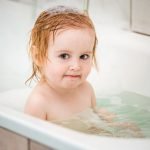 Throwing the Baby Out With the BathtubFertility, Nature Cure, Women's Health 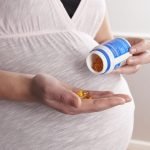